Have you heard? #HistoricalFiction author, Jayne Davis, has a fabulous #NewRelease out — Sauce for the Gander @jaynedavis142

Sauce for the Gander
By Jayne Davis 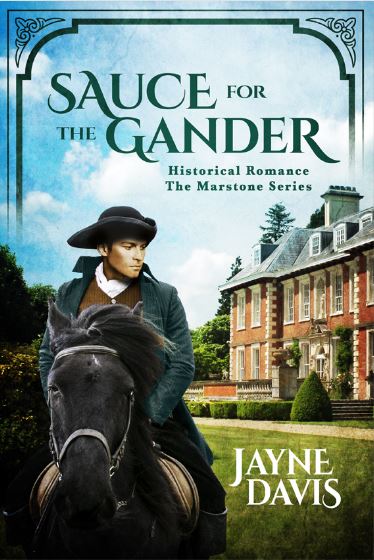 A duel. An ultimatum. An arranged marriage.
England, 1777
Will, Viscount Wingrave, whiles away his time gambling and bedding married women, thwarted in his wish to serve his country by his controlling father.
News that his errant son has fought a duel with a jealous husband is the last straw for the Earl of Marstone. He decrees that Will must marry. The earl’s eye lights upon Connie Charters, unpaid housekeeper and drudge for a poor but socially ambitious father who cares only for the advantage her marriage could bring him.
Will and Connie meet for the first time at the altar. But Connie wants a husband who will love and respect her, not a womaniser and a gambler.
Their new home, on the wild coast of Devonshire, conceals dangerous secrets that threaten them and the nation. Can Will and Connie overcome the forces against them and forge a happy life together?

Excerpt
Late that afternoon Connie was summoned once more to the study, where the lowering sun slanted a pink light through the windows. Her father sat behind his desk, a small pile of papers before him and a rare expression of satisfaction on his face.
“Sit down, Constance. I have good news for you.”
That sounded ominous.
“You are about to improve your situation in the world. Lord Marstone came today to agree your marriage arrangements.”
Connie stared at him. “Marriage?” To the fat old man with a gouty foot?
No.
“Yes, yes. Marriage!” His complacent smirk faded. “You should be thanking me. That is what all young women should aspire to, marrying well.”
Nausea rose in her throat. “Papa, he’s old enough to be—” She bit her lip against her words, and against rising panic. He was old enough to be her father, yes, but Charters wouldn’t see that as an impediment.
“Ha! No, girl. The marriage is to his son. I’ll have a viscountess for a daughter, a countess one day.”
The son who fights duels over loose women? She closed her eyes for a moment—that could be worse.
“But Papa, I have never even seen him!”
“What difference does that make? It’s all arranged, you ungrateful girl.” He tapped the papers on his desk. “The contract is signed and witnessed, and irrevocable. You will be married at Eversham on Monday, at eleven…”
Three days?
Her father talked on, his tone gloating, but she was no longer listening. Was she even to meet her future husband before the ceremony? Was it truly irrevocable? What if she told her father—no, told the earl—some fiction about a lover, that she was no longer—
“Constance!”
She started as her father’s hand slammed onto the desk. His smile was completely gone now, a vein bulging in one temple.
“Some gratitude would be fitting,” he spat. “It’s a better match than you could ever have hoped to make. Get your things packed up, and make sure you don’t disgrace me on Monday. Now get out of my sight!”
Tears pricking her eyes, Connie got to her feet and left the room. In the hallway she hesitated, clenching her hands into fists so that her nails dug into her palms. She’d be alone in her room, but that wasn’t what she needed—instead, she turned the other way and strode out of the house, out of the gate and across the fields.
***

Another excerpt from Chapter 1, can be read at the end of my post on Duelling and its place in history. Read the excerpt HERE! 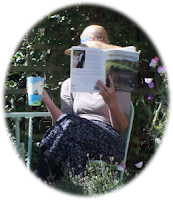 She was hooked on Jane Austen and Georgette Heyer as
a teenager, and longed to write similar novels herself.
Real life intervened, and she had several
careers, including as a non-fiction author under another
name. That wasn't quite the writing career she had in mind...

Finally, she got around to polishing up stories written for her own amusement in
long winter evenings, and became the kind of author she’d dreamed of in her
teens. She is now working on the first few books in the Marstone Series, set in
the late Georgian/early Regency period.