Nothing’s forgotten. Nothing is ever Forgotten.
35 years of Robin of Sherwood

At the age of fourteen I fell in love. This was no teenage crush on a boy from school or a singer or film star. I had fallen for Robin Hood. Any Robin Hood. (Apart from Russell Crowe – there are limits).

This intense interest in a man of legend began when I watched the hit ITV series Robin of Sherwood, back in the 1980’s.  Within an hour of seeing my first episode I was digging through my parent’s study for a book on myths and legends. From that moment on I was, unbeknown to me, setting the course for the rest of my life. 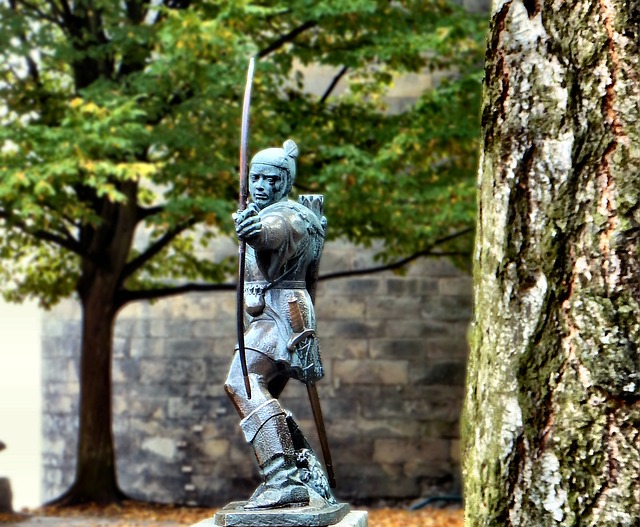 Four years later, having read every text book and story book on Robin Hood I could find, I studied archaeology and medieval history at university, and then went on to complete a doctorate on the comparison between real medieval crimes and those described in fourteenth century literature.

The earliest mention found (to date) of the name Robin Hood in literature appears in the poem The Vision of Piers Plowman; written by William Langland in c.1377. This was a long protest poem complaining about the harsh conditions endured by the poor in the Fourteenth Century. Not only did it mention Robin Hood, but it also makes reference to a real criminal gang; the Folville family. 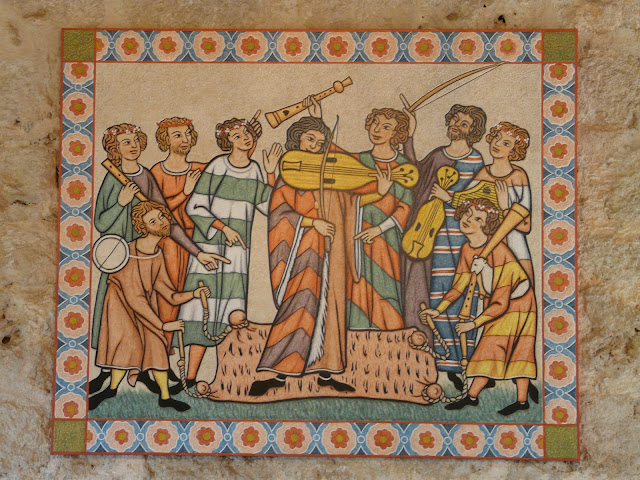 It is this family, the Folvilles from Leicestershire, who were to become the catalyst for the novels written under my third the pen name, Jennifer Ash. In 1310, John de Folville, Lord of Ashby Folville, died, leaving his widow Alice and seven sons. The eldest son, also John, inherited the Ashby-Folville manor. He had six brothers; Eustace, Laurence, Richard, Robert, Thomas and Walter, who formed a notorious gang. Between the mid 1320’s and 1330’s, the Folville brothers ran the town of Ashby-Folville and its surrounds as a base for criminal activity.

The first crime that brought the Folvilles to the notice of the authorities was the murder of the Baron of the Exchequer, Roger Belers. Over the following decade, the Folville brothers’ travelled the countryside assaulting those they considered deserving of such treatment, and holding people and places to ransom. They hired themselves out as mercenaries, willing to commit crimes for the right price. In fact, if you look closely enough at the criminal activities of the Folville family and the Robin Hood ballads, you’ll see a great number of similarities. So many in fact, that I began to wonder if the ballad writers had been influenced by the actions of Folvilles or if Folvilles had been influenced by the popularity of the ballads. 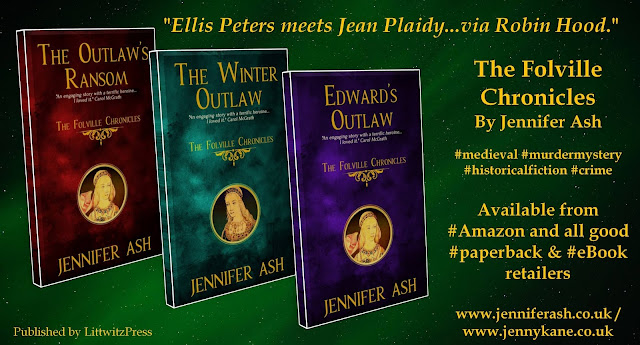 It was this latter theory that formed the inspiration behind The Folville Chronicles (The Outlaw’s Ransom, The Winter Outlaw and Edward’s Outlaw). This series of medieval murder mysteries shows Robert de Folville and his brothers using the ballads of Robin and his outlaws as a code of behaviour. Be warned however- this isn’t the code of behaviour we associate with Robin Hood today. There’s no robbing the rich to give to the poor. The ballads were all about punishing the greedy, lazy and the cruel. There was never any question of money gained from their felonies being given away.

Perhaps it was inevitable that this research, combined with my love for the stories of Robin Hood, would inspire my novels. However, it took several years of writing romantic comedies before I was brave enough to use my medieval research in fiction. When I finally did, I was rather sneaky about it. 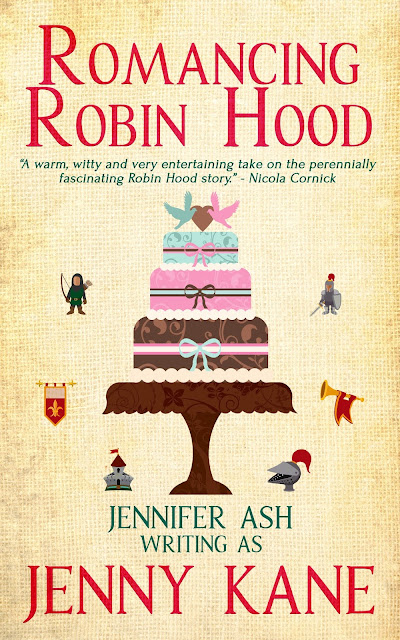 I’d had some measure of success as Jenny Kane, and so changing genres was a big step. Rather than leap in, I decided to write a contemporary novel about a medieval lecturer called Grace Harper, who’s so obsessed with Robin Hood that real life is passing her by. Split in half, Romancing Robin Hood tells Grace’s story, as well as the story of Mathilda of Twyford- a nineteen year old potter’s daughter who has the misfortune to cross the Folvilles.

When you’re in love with a man of legend, how can anyone else match up?
Dr Grace Harper has loved the stories of Robin Hood ever since she first saw them on TV as a teenager. Now, with her fortieth birthday just around the corner, she’s a successful academic in Medieval History—but Grace is stuck in a rut.

Grace is supposed to be writing a textbook on a real-life medieval criminal gang—the Folvilles—but instead she is captivated by a novel she’s secretly writing. A medieval mystery which entwines the story of Folvilles with her long-time love of Robin Hood—and a feisty young woman named Mathilda of Twyford.

Just as she is trying to work out how Mathilda can survive being kidnapped by the Folvilles, Grace’s best friend Daisy announces she is getting married. After a whirlwind romance with a man she loves as much as the creatures in her animal shelter, Daisy has press-ganged Grace into being her bridesmaid.

Witnessing Daisy’s new-found happiness, Grace starts to re-evaluate her own life. Is her devotion to a man who may or may not have lived hundreds of years ago really a substitute for a real-life hero of her own? Grace’s life doesn’t get any easier when she meets Dr Robert Franks—a rival academic who she is determined to dislike but finds herself being increasingly drawn to… If only he didn’t know quite so much about Robin Hood.
Suddenly, spending more time living in the past than the present doesn’t seem such a good idea...

Such was the popularity of the medieval part of the novel that it led to the writing of the aforementioned Folville Chronicles. (The Outlaw’s Ransom is taken directly from Mathilda’s story in Romancing Robin Hood.)

As luck would have it- the modern part of the story was also popular. In fact, it led to a small miracle. Thirty years after Robin of Sherwood finished on television, the cast are back together making audio versions of the series. Having come across Romancing Robin Hood, the audio series creators invited me to write four scripts for Michal Praed, Jason Connery and the rest of the team to read. I honestly can’t believe my luck! I never dreamt that a teenage obsession would become the inspiration for so much of my adult writing life. 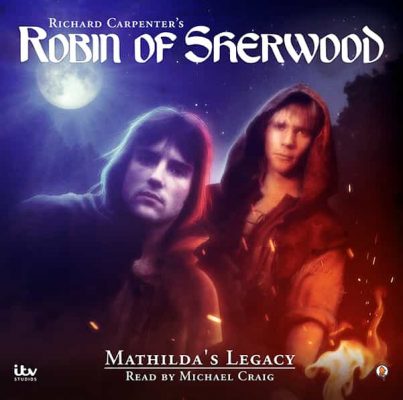