Join #Historical Fiction author, Dominic Fielder, as he takes a look at the Death of a Battalion #Military #History @Kings_Germans

Death of a Battalion
By Dominic Fielder

“When sorrows come, they come not single spies. But in battalions!”
William Shakespeare, Hamlet.

There was no sorrow when I first saw the ledger; opening it in the National Archive at Kew felt reverential. I had dreamt of such a document but now here it was. A time capsule of the dates when Major Gunn, a British commissary officer had signed Hanoverian and Hessian troops into the service of George III.
I look at the images I have of those documents now and still find a new detail in them. They remind me of both the joy and necessity of research and how I need to find the time to return to Kew and study these documents afresh. 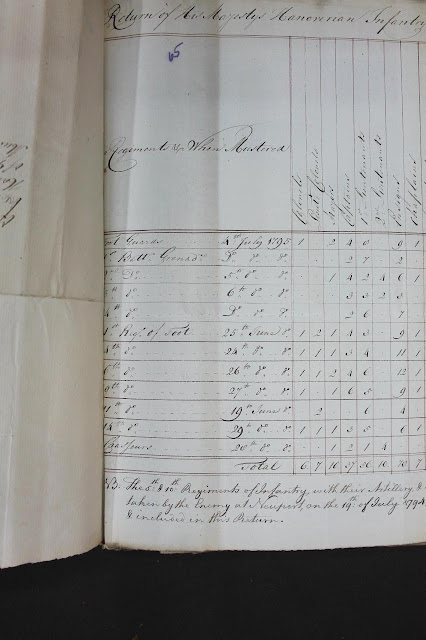 The research trip to Kew had been in search of a story and by chance I ended up ‘discovering’ the King’s Germans in the footnote of the ledger above.
In the latter part of 1794, with the tide of war turned hard against the Allies, two Hanoverian infantry divisions had surrendered in the town of Nieuport, the life-line and shortest supply route of the Duke’s army back to Great Britain. The war in Flanders was over in all but name. Although the ravages of the last few months leading to the final winter campaign yielded no large set-piece battles, the damage inflicted upon those soldiers who fought in a series of small and largely forgotten rear-guard skirmishes was great. There were a series of rosters dated between 1793 and 1795. Gunn had travelled throughout German principalities as the British government carried out a series of negotiations to purchase allied troops, particularly infantry, to make good their own shortages and fulfil promises of deployment quotas to Austria. Ultimately, there were never enough men, and by late 1794, the troops that filed wearily into their winter cantonments on the western banks of the Rhine, outside of Arnhem, were a shadow of the force that had marched towards France twenty months earlier. 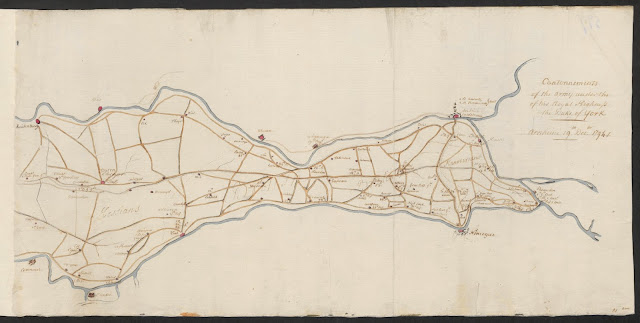 At the time, Nieuport was a location that held little significance and there were two regiments to choose from, the 5th and the 10th. I may have tossed a coin; I can’t remember now. Either way, I ended up with the 10th and decided on the 2nd battalion. The plan was to tell their story, as truthfully as was interesting, within the bounds of fiction. And when the battalion died, there would be no sorrow. I would be free to tell the final tale of a confused retreat and my characters could be deployed as I saw fit. That was the plan.
Except that history has a way of wanting to interfere and the more that one researches, the more a writer feels duty-bound to tell it.
Nieuport had been a perennial source of worry to the British. The French had threatened it in September 1793 shortly after the British debacle at Dunkirk. Furnes had fallen as part of a clever lightning offensive in the spring of 1794 but Nieuport had held out, manned by a garrison of Hanoverian, Hessian and émigré French troops. Only when cut off and surrounded, by July 1794, did the defenders finally submit. Von Hammerstein, the Hanoverian commander, was offered a stark choice. The redcoats could march into exile with the honours of war but the émigré troops would be shown no mercy. Everyone of them was put to the sword as traitors of the revolution. Third brigade, to which the 5th and 10th belonged, would never see those winter cantonments that bordered German soil.
The challenge now though, on the cusp of writing a third book in a series of four that will tell this part of the war, is that 2nd battalion is no longer faceless. I’ve come to love the characters, even the ones that I created for readers to loathe. Throughout the next book, The Queen of the Citadels, they will be plunged into the forlorn struggle for Nieuport. Not all will make it, though each will fight tooth and nail as I type out the words that condemn them, no doubt. Those who do, will become the flotsam of an army, so badly scarred by its efforts in the low countries that six months after it crossed the Rhine, the ledger shows 433 men on sick parade and 1056 still hospitalised from the force of 15,000 that had left Hanover in March 1793. 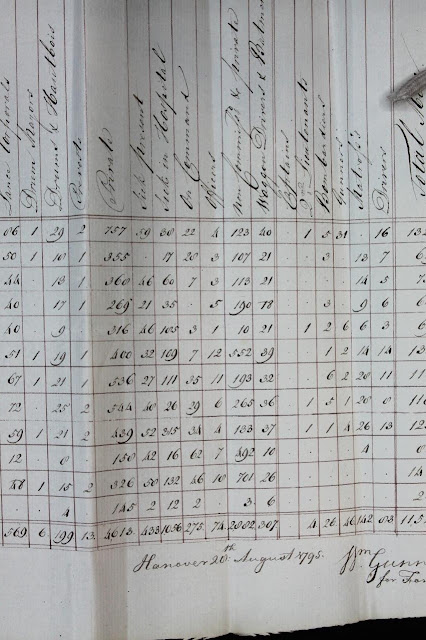 When 2nd Battalion was no more than an appendage to a page, I had no qualms about their destruction. But now Sebastian Krombach, Lieutenant Erich von Bomm, Captain Werner Brandt, Colonel Jacob Neuberg at al are real to me and a small but loyal band of readers. In truth, some of that decision can be put off until book, An Imperial Betrayal (nobody knows it’s called that yet!). When the moment comes to wield the knife, my sorrows will not be single spies, but legion for the death of the 10th and my fine battalion.

The King of Dunkirk
The King’s Germans Book #2 Valenciennes, Paris then home! Every common soldier knows the popular
refrain so why can’t the commanders see sense?

The protracted siege of Valenciennes exposes the mistrust between the
allies. National interests triumph over military logic. The King’s Germans
find themselves marching north to the coast, not east to Paris. Dunkirk has
become a royal prize, an open secret smuggled to the French, who set a trap
for the Duke of York’s army.

Lieutenant Erich von Bomm and Captain Werner Brandt find themselves in
the thick of the action as the 14th Nationals, the Black Lions, seek their
revenge. In the chaos of battle, Sebastian Krombach, working alongside
Major Trevethan, the engineer tasked with capturing Dunkirk, must make a
dreadful choice: to guide a battalion of Foot Guards to safety across the
Great Moor or carry a message that might save the life of a friend.

The King’s Germans and the Black Lions do battle to determine who shall
be crowned the King of Dunkirk. 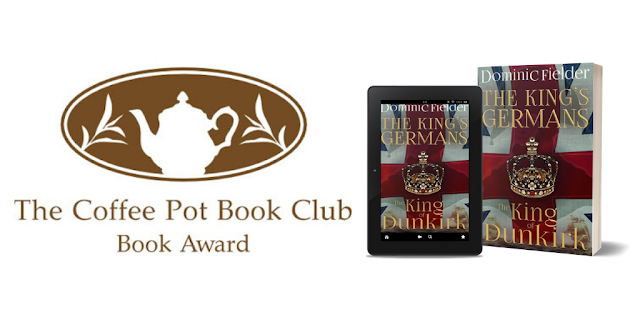 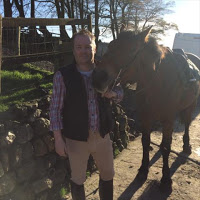 The King’s Germans is a project that has been many years in the making. Currently I manage to juggle writing and research around a crowded work and family life. The Black Lions of Flanders (set in 1793) is the first in the King’s Germans’ series, which will follow an array of characters through to the final book in Waterloo. The King of Dunkirk will soon be released and I hope that the response to that is as encouraging as the reviews of Black Lions have been.

While I’m self-published now, I have an excellent support team that help me to produce what I hope is a story with professional feel, and that readers would want to read more than once. My family back-ground is in paperback book sales, so I’m very keen to ensure that the paperback design is something that I would be proud to put on my bookshelf.

I live in just outside of Tavistock, in Devon where I enjoy walking on the moors and the occasional horse-riding excursion as both inspiration and relaxation.
Connect with Dominic: Facebook • Twitter • Instagram • Goodreads
Social Media