#HistoricalFiction author, Sarah Kennedy, is taking a look at the ups and downs of the publishing industry. There is also a chance to check out Sarah's book — The Altarpiece @KennedyNovels

The ups and downs of the publishing industry.
By Sarah Kennedy

Your publisher is shutting down.

That’s not a message that any writer wants to hear, but it happened to me last year with my fiction publisher. I suspected that something was not right the morning that I received a message from Facebook that I was no longer an administrator on the publisher’s page, but, hoping that it was an error—or better yet, an upgrade!—I emailed to ask what was going on. Silence on the other end. That did not portend anything good, and, sure enough, later that day the news arrived: the publisher was closing her doors.

I’ve worked with both independent and university-affiliated publishers, both large and small, but never was the shock so great, because it was sudden and unexplained. All of the authors had had doubts about how the books were being produced and marketed, but it was a small, fairly new press, and we worked together to help out and to offer advice. But none of us expected the house to close without any attempt to bring us into the conversation.

Unsurprisingly, the emails were soon flying among the writers with questions about what had happened, where our royalties would go, and whether we would receive books that we had already paid for. Few of us got responses at all, and the responses that did come (at least to me) were vague. I don’t think that anyone ever received a royalty check or was compensated for the books they had ordered. I hope I am wrong about that.

The initial jolt soon gave way to a kind of despair. I, like many of my fellow authors, was in the middle of a series. Who would pick me up? Who would republish half of a series? The worry became overwhelming, to the point that I wondered if I would have the energy to start again.

Writing, however, is a calling that must be answered.

Weeks went by as I searched various publishers’ websites, checked out their lists, and ordered books that looked interesting. Working again with a small independent press was my goal, but I toyed briefly with the idea of going the route of self-publishing. Control over my own production and marketing appealed in some ways, but the more I explored that option, the less I thought that it was the way for me. A community of writers is as important to me as having new books, and I didn’t like the look of going it alone for long.

As I researched presses and read their books, I also began to look back at my own publications. The cover of the first novel had never seemed right to me, and at least one friend had told me outright that the image was completely wrong for the period. Another friend had mentioned, a bit wryly, that it was “very holy.” Now, my series is about the Tudor England period, and my continuing character is a former novice who grew up in a convent, so to have a religious image was a good idea. But it wasn’t the right image, and I knew that.

Then it occurred to me that taking a hiatus from the book-a-year publishing that I had been doing might in fact be a blessing in disguise. I had some time to think about the development of the series and to go back through the books and clean up infelicities. I could think about cover images and what I really wanted on the fronts of my novels.

Suddenly, my mood lifted, and the loss of a publisher began to look like an opportunity instead of a disaster. I did some editing of the first two books, not an enormous amount, but enough to improve the prose.

And then, lo! I found a new publisher, Penmore Press. They agreed to republish the first installments of the series, with new covers and my slight changes to the story. They were fast, efficient, and they produced a new cover for the first book, The Altarpiece, that I love.

Do I feel bitter? Angry? I suppose at first I did. But not any more. My first publisher took me on when I hadn’t ever published any fiction at all, let alone a novel. She did her best, I believe, to support me and to encourage me while she could, and I will always be thankful for that. I’m also thankful, in hindsight, that I was given a chance to revise my books, with the greater knowledge and experience that I now have.

And so all’s well that ends well. It really did turn out to be the best thing that could have happened to me as a novelist. Hooray for Penmore Press—onward and upward!


The Altarpiece
(The Cross and The Crown Book 1) 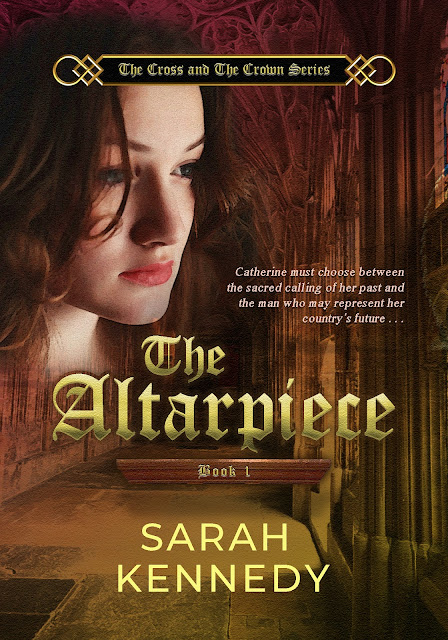 It is 1535, and in the tumultuous years of King Henry VIII’s break from Rome, the religious houses of England are being seized by force. Twenty-year-old Catherine Havens is a foundling and the adopted daughter of the prioress of the Priory of Mount Grace in a small Yorkshire village. Catherine, like her adoptive mother, has a gift for healing, and she is widely sought and admired for her knowledge. However, the king's divorce dashes Catherine’s hopes for a place at court, and she reluctantly takes the veil. When the priory’s costly altarpiece goes missing, Catherine and her friend Ann Smith find themselves under increased suspicion. King Henry VIII’s soldiers have not had their fill of destruction, and when they return to Mount Grace to destroy the priory, Catherine must choose between the sacred calling of her past and the man who may represent her country’s future. 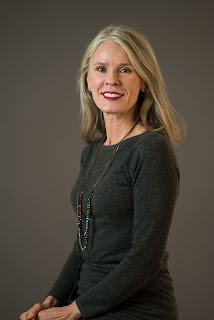 Sarah Kennedy
Sarah Kennedy is the author of the novels Self-Portrait, with Ghost and The Altarpiece, City of Ladies, and The King’s Sisters, Books One, Two, and Three of The Cross and the Crown series, set in Tudor England.  She has also published seven books of poems.  A professor of English at Mary Baldwin University in Staunton, Virginia, Sarah Kennedy holds a PhD in Renaissance Literature and an MFA in Creative Writing.  She has received grants from both the National Endowment for the Arts, the National Endowment for the Humanities, and the Virginia Commission for the Arts.  Please visit Sarah at her website.