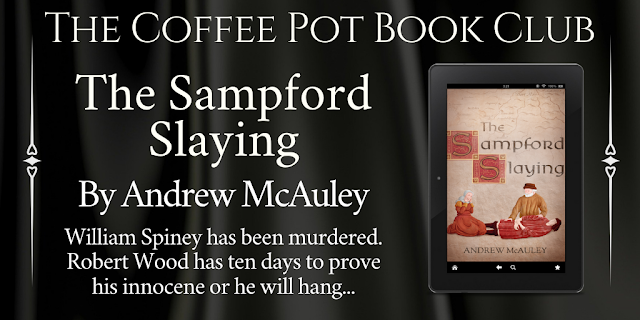 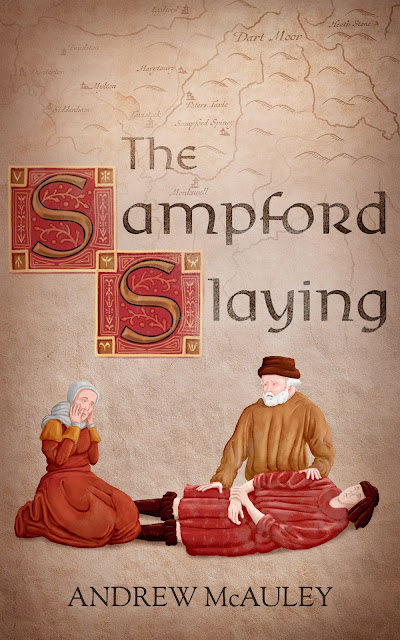 Publication Date: 25th March 2022
Publisher: Yorkie-Montague
Page Length: 245 Pages
Genre: Historical Fiction
Devon, AD 1402. Wool merchant Robert Wood is not well-liked. He is boastful, gruff, and takes offence as easily as he gives it, but he adores his pious younger wife and constantly seeks social advancement to please her. Robert attempts to bribe the notoriously corrupt sheriff for the position of bailiff but is outbid by neighbouring landowner, William Spiney. The following morning a hue and cry is raised; William has been murdered.
Robert is accused and summarily thrown into the notorious Lydford gaol. His only ally is Edmund, a shy and cloistered clerk. Together they rush to prove Robert’s innocence while tackling corrupt officials, vengeful relations of the deceased, local thugs, a retainer with a mysterious past, and Robert’s own scheming brother.
If evidence of Robert’s innocence isn’t found within ten days, he will hang. Meanwhile, Robert is unsure if Edmund is really on his side and Edmund remains unconvinced that the volatile Robert is truly innocent. 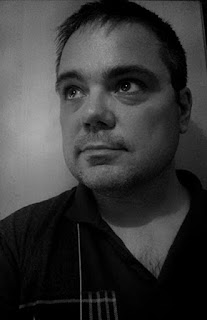 Andrew McAuley is a Devon author, historian, and Dartmoor enthusiast - The Sampford slaying binds these three elements together. A sequel is in the early stages of writing, and a local history of conflict in medieval Devon will be published in late 2022.
Connect with Andrew:
Website • Twitter • Amazon Author Page • Goodreads
Posted by Mary Anne Yarde at 17:15