Have a sneak-peek between the covers of Holly Bush's fabulous book – The Professor’s Lady (The Thompsons of Locust Street, Book 3) #HistoricalRomance #gildedage #BlogTour #CoffeePotBookClub @hollybushbooks 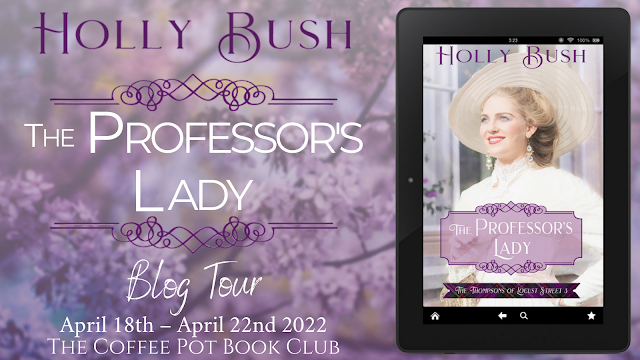 The Professor’s Lady
(The Thompsons of Locust Street, Book 3)
By Holly Bush 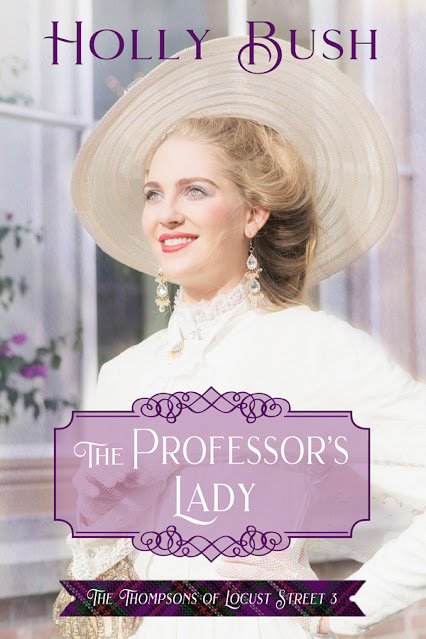 Publication Date: 25th January 2022
Publisher: Holly Bush Books
Page Length: 216 Pages
Genre: Historical Romance Gilded Age
Meet the Thompsons of Locust Street, an unconventional family taking Philadelphia high society by storm…
1870 Kirsty Thompson is determined to begin her own business bringing beloved Scottish fabrics and yarns to Philadelphia but first she must meet the men and women who weave the plaids and spin the wool. How will she ever escape her protective older siblings and sail to Scotland?
Albert Watson is a medical doctor focusing on research, especially that of Joseph Lister and his sterilization techniques. He speaks at universities in America and in England while visiting his London relatives. As he prepares to sail for just such an engagement, Kirsty Thompson boards his ship to beg him to take her with him. What’s a gentleman to do? Albert cancels his trip across the ocean to escort Miss Thompson back to Philadelphia and finds there is danger afoot for her and her family.
Soon he comes to realize there is also danger for his heart, even for a man who rarely pulls his nose from a medical journal. He finds himself unable to put Miss Kirsty Thompson out of his thoughts, where they belonged, because certainly a beautiful, ambitious, and charming young woman could have no interest in him. Or could she?

Kirsty turned as he did toward the doors leading to the inside hallways after glancing longingly at the dock, now getting smaller as they moved from shore. He seated her at a table once they were in the dining room, signaled a waiter, and nodded at her to order. She opened her drawstring bag to see what amount of money she had left after paying for the trolley that day. She was suddenly panicked when she realized she’d have to find a way to travel to Philadelphia from New York when this infernal boat stopped, and she’d need money to do it.
“Nothing for me, thank you,” she said to the waiter.
“I’ll have coffee and this assortment of cheese and olives listed on your menu,” he said. “The lady will have tea. Thank you.”
She leaned forward. “I don’t have enough money to pay for it. Surely they’ll give me a glass of water.”
“Miss T-Thompson, I will take care of the b-bill. Please don’t worry.” He raised his hand as if he was calling to the waiter again.
But a young—very young—red-haired man walked to their table instead. His face had an unsightly burn scar on one side, and Kirsty did her best not to look at it as he arrived at the table. She wondered how Mr. Watson knew him.
“Clawson,” Watson said. “Change of plans. You’ll need to contact the Royal Academy and see about rescheduling my talk.”
“Yes, sir, right away, sir.”
“We’ll be staying in New York tomorrow evening. We’ll need three rooms at the hotel where we often stay.”
“Three rooms, sir?”
“One for you, one for me, and one for Miss Thompson.” He nodded to her. “Clawson, this is Miss Thompson. Miss Thompson, my assistant, Mr. Clyde Clawson.”
“A hotel room? Oh no! I’ll be heading directly home. I have to get home. My family will be frantic!”
“Miss Thompson, I d-doubt we’ll be able to catch a train after we arrive as it will be very late in the day. We’ll have to wait until the next morning to travel.”
“How do you know? Do you always take a steamer to New York? Isn’t it easier to catch the train?”
“Ah,” Clawson said. “I’ll need to see if our tickets can be canceled or sold, perhaps.”
Kirsty watched the young man hurry away. “What did he mean about the tickets being sold?
What tickets?”
Mr. Watson stared at her and then looked up at the waiter bringing their cheese platter and pots of coffee and tea. He pulled bills out of his wallet, handed them to the waiter, and told him to keep the change. He stirred several sugar cubes into the cup of coffee the waiter poured for him and looked up at her.
“Tickets for a t-transatlantic crossing.”
“Why would you cancel your tickets? When were you planning on sailing?” she asked, interested to know if the date could work for her, although after she arrived home the day after tomorrow, she doubted if her older sister and brother, Muireall and James, would ever let her out of their sight again.
“The day after tomorrow, Miss T-Thompson. This steamer stops in New York to pick up additional p-p-passengers and then goes directly to England.”
“Well, why can’t you go now? Has something happened?”
He stared at his cup for some time. He would prefer to continue to England as planned but he could not abandon her without an escort.  And spending time with this beautiful, vivacious woman would not be a hardship. “I can hardly allow you to t-travel by yourself, Miss Thompson. I will see you back to your home.” 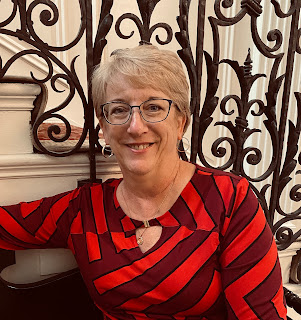 Holly Bush writes historical romance set in the U.S.in the late 1800’s, in Victorian England, and an occasional Women’s Fiction title. Her books are described as emotional, with heartfelt, sexy romance. She makes her home with her husband in Lancaster County, Pennsylvania.  Connect with Holly at www.hollybushbooks.com and on Twitter @hollybushbooks and on Facebook at Holly Bush 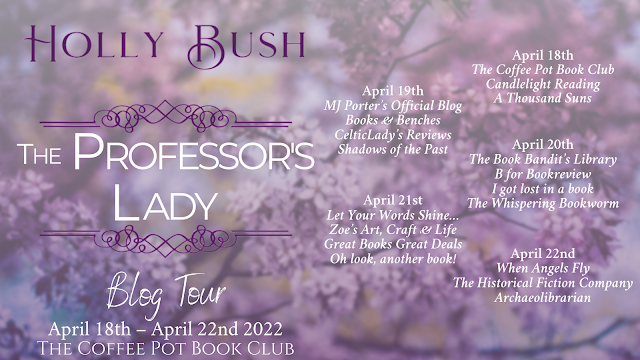