I am going to take a small break from my knights and look at some more of my favourite historical buildings. Don't worry, they will be back soon...I can never stay away from them for long!


So I thought today I would go and look at a building that was used in a certain movie franchise you may have heard of.
Lacock Abbey 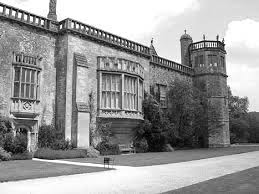 It was founded in 1229, during the reign of Henry III, by Lady Ela the Countess of Salisbury. The Abbey was dedicated to St Mary and St Bernard and it saw its first nuns veiled there in 1232. It prospered during the Middle Ages, probably due to the wool trade in the area. But then Henry VIII had that little row over his divorce with the church and the Abbey got caught up in the Dissolution of the Monasteries of 1536. Henry sold the Abbey to Sir William Sharington for the grand total of £783.

Sharington turned the Abbey into a house. He made a few alterations during his time, no doubt to make it less Abbey like.

During the English Civl War (1642 - 1651), the Abbey/ house was garrisoned by the Royalists. Unfortunately, Oliver Cromwell captured the nearby town of Devizes and the garrison had no choice but to surrender.

The house then passed onto the Talbot family.

The Abbey's most famed occupant would probably be...

William Henry Fox Talbot - you may or may not have heard of him, he was an inventor and an amateur scientist. He invented the "Talbotype" (calotype) which for those who don't know, was a paper negative process for cameras. I wonder what he would make of the digital cameras we now use?

The National Trust was given the Abbey and the surrounding village in 1944.

Lacock Abbey has been used for location on a fair few films and TV series..such as Robin of Sherwood and Pride and Prejudice. The Other Boleyn Girl was also filmed here. But, there is one blockbuster that now has its own dedicated tour at Lacock - I know because I have been on the tour. Can you guess what was filmed here? 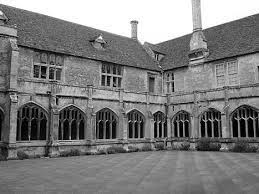 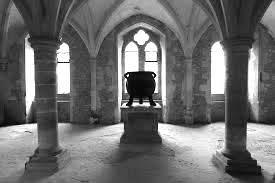 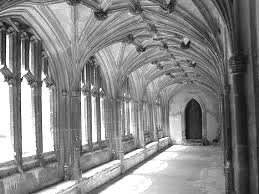 There is even a village tour you can go on, for a few of the houses in the village of Lacock were also in the Harry Potter movies, and I can understand why, because the village is beautiful.