Sir Thomas Malory - who was he? And what does he have to do with King Arthur?

"Doo after the good and leve the evyl, and it shal brynge you to good fame and renomme."

(Do after the good and leave the evil, and it shall bring you to good fame and renown.)

If you have been reading my blogs then you may well have seen me mention Thomas Malory before. He is credited with writing Le Morte d'Arthur - the death of Arthur. You may have heard of it?! 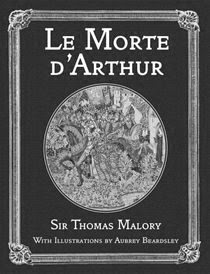 Le Morte d'Arthur was first published in 1485 and is now one of the best known works of Arthurian literature. Many of the stories that were to follow, including the works of White and Tennyson, were strongly influenced by Malory's work.

Sometimes I think that my hunt for Arthur is like looking for a shadow in a darkened room. There are stories whispered in your ear that seem compellingly true, only they are not - take Glastonbury Abbey for example. There are stories that are so improbable that at first you dismiss them, only to realise later on that maybe you should have paid them a little more attention. Ironically, sometimes the hunt for the author of these famous stories, leaves you just as baffled as the stories themselves. And this is true when we look at  Le Morte d'Arthur.

Who actually wrote it?

There are several Sir Thomas Malory's recorded living at that time, so it is a bit like the children's game Guess Who? Do you know the one I am talking about?....Is it a man? Does he have a beard? Did he write Le Morte d'Arthur? 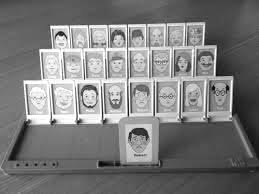 If only it were that easy!

Scholars generally agree that Sir Thomas Malory was born sometime in the early 15th Century. He was a nobleman who resided in Newbold Revel, Warwickshire. This Sir Thomas had a rather notable career. He inhereited his father's estate in 1434, but he did not really conform. He spent most of his life in and out of prison. His name has a long list of alleged crimes attached to it, theft, attempted murder, rape, extortion. He even escaped from Coleshill Prison, but instead of keeping a low profile, he robbed the Cistercian Monastery! He was arrested, but he must have had friends in very high places, for after two years lounging in prison, he was released through a royal pardon.

It is a thought he was a Member of Parliament - why should that come as a surprise? And he may have fought in the Hundred Year War. He was knighted in 1441.

I am surprised, what with all his shenanigans, that this Malory had time to write a masterpiece about chivalry and honour, but then again, he did spend a great deal of his time in jail, perhaps he was bored?!

In 1460 he found himself in the notorious harsh, Newgate Prison, and it was during this time that he wrote Le Morte d'Arthur.

It does not sit easy with many that a man who was clearly the very opposite of chivalry should write a best-seller about a King who could not be dishonourable even if he tired. There have been countless attempts to link Le Morte d'Arthur with somebody - anybody - else, but it always comes back to this Warwickshire, Sir Thomas.

“Malory did not invent the stories in this collection; he translated and compiled them..." Elizabeth Bryan

Malory translated existing stories and piled them together into one big book. Originally Malory called his works;

But Caxton had something to say about that. The book became surprisingly popular and was reprinted many times over the centuries, although sometimes things were added into the works and likewise, sometimes things were taken out. Originally Malory umbrellared eight books under Le Morte d'Arthur, but for some unfathomable reason, Coxton dived the original eight in to 21, which makes a staggering 507 chapters!

It is what it is, a work of fiction. I don't think you can take anything away from it that is historically accurate. But, the stories are great and seemingly everlasting because they have stayed the test of time. I wonder if Malory, while dying in prison, had any idea how influential his work would become.
Posted by Mary Anne Yarde at 17:14