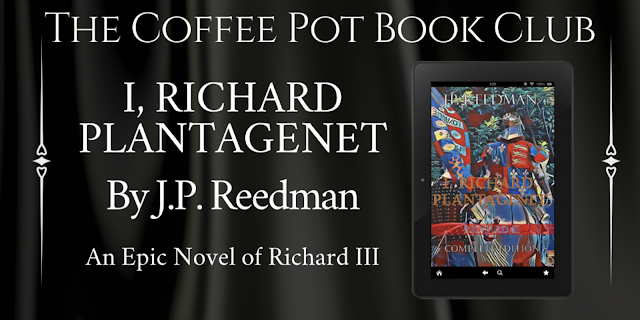 I, RICHARD PLANTAGENET. An Epic Novel of Richard III
By J.P. Reedman 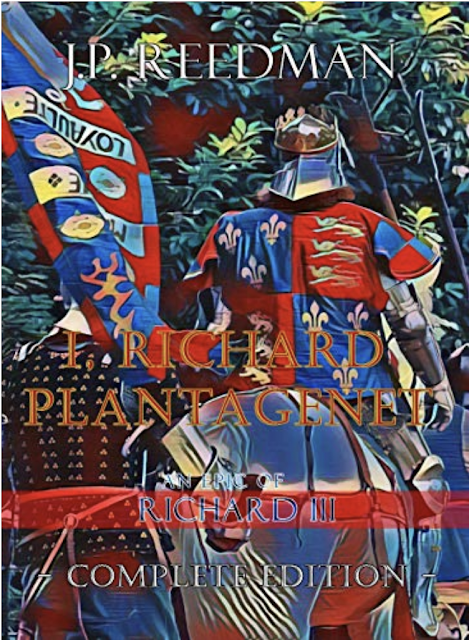 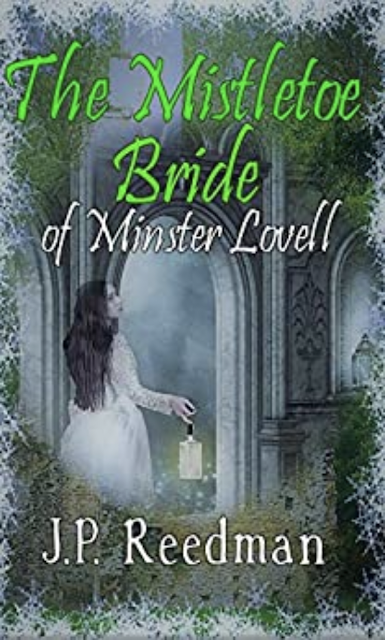 Twelfth Night has come to Minster Lovell Hall. Francis Lovell and his wife Nan Fitz Hugh have arranged a fabulous celebration to entertain their friends, Richard Plantagenet and Anne Neville, the Duke and Duchess of Gloucester.

MINSTER LOVELL: Lovell Our Dogge and the Mistletoe Bride

In a quiet corner of Oxfordshire down a leafy lane with the parish church guarding one flank and the River Windyrush swirling alongside the other, stands the gaunt ruins of Minster Lovell Hall.

On a warm summer’s day, a magical air almost seems to hang about the broken walls, deep and dreaming. It is as if the waters of the nearby Windrush, flowing in their weedy bed, have become the waters of time, mingling past and present. 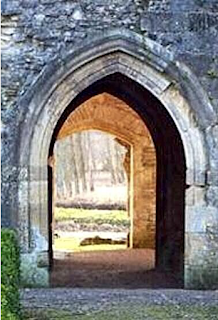 The ruinous medieval hall has several famous legends connected with it.  They are not unique legends, being found in the tales of other ancient homes and castles, but it is unusual to have both connected to one building.

Francis Lovell, born 1456, was the long-time friend and supporter of Richard III. History doesn’t record how the two met, although many believe it was at Middleham, the castle then owned by Warwick the Kingmaker, but as Richard was four years older than Francis, this might not be the case. Whatever the truth of the matter, fast friends they became. They were also related by marriage—their wives, both called Anne, were cousins. It was Francis who was recorded as ‘Lovell Our Dogge’ in a seditious poem penned by the Tudor spy, William Collingbourne.

Minster Lovell Hall was built in 1440 by Francis’s grandfather, William Lovell. Some years after Francis inherited it, he began to add his own touches, including the tall imposing tower that still dominates the ruin today. When on his first progress, Richard III, came to his friend’s house after listening to theological lectures in Oxford. Most likely he stayed in the brand-new tower overlooking the river. 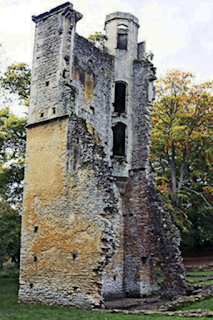 After Richard’s death at the Battle of Bosworth, Francis, eager to avenge his friend, continued to be a thorn in the side of the new King, Henry Tudor. He nearly managed to assassinate him in York, and helped raise an army to face Tudor at Stoke Field. But fate was not kind to the Yorkist faction once again, and Stoke Field ended in slaughter. It was the last true battle of the Wars of the Roses…

Francis Lovell was last seen crossing the nearby river on his horse…then nothing more was heard of him. Some said he drowned, some that he died shortly thereafter of battle wounds, still others that he fled for Burgundy or Scotland. His grand house was confiscated and give to Henry Tudor’s uncle, Jasper Tudor.

Then, several hundred years later, in 1718, workmen poking around in the cellars of the now semi-ruinous house reported finding a hidden room. Knocking into it, the claimed to have found a skeleton seated on a chair, which crumbled to dust as they entered the chamber. They were convinced Lord Lovell had secretly returned after Stoke and crept into the secret room, assisted by a loyal servant. Unfortunately, when the servant suddenly died, Lovell was left without sustenance and succumbed shortly thereafter.

Of course, this is probably just a tale—similar reported finds of walled-up bodies are common in old houses and monasteries, and most cannot be verified (the chances of an entire skeleton ‘falling to dust’ are remote). It seems unlikely to me that if Francis survived Stoke, he would return to his old home when his enemy’s uncle was living in it. Not without an army at his back at any rate!

The legend does not quite end there, though—the nearby medieval Dovecot is purported to be haunted by the ghost of a knight on a white horse. Francis coming back to his home? Or maybe King Richard, seeking out his loyal companion?

The other well-known legend connected with the Hall is that of the Mistletoe Bride. A mythical Lord Lovell was said to have held his wedding feast at the Hall…but in the midst of the festivities the revellers played a deadly game of hide-and-seek, during which the bride vanished. Forever. Centuries later, her mouldering bones, wrapped in a wedding gown, were found in a chest, where she had hidden and become trapped. Again, the ‘missing bride’ is quite a common legend, found at seven other properties in England!

Whether any of the legends have even a grain of truth or not, Minster Lovell is certainly a place where one can easily imagine Francis and Richard walking alongside the lazy swell of the river or gazing toward the bridge from the new tower, waiting for messengers to arrive. Minster Lovell’s great hall, although ruined, is large and fine enough to recall the great banquets that took place there…and maybe even a game of hide-and-seek…

J.P. Reedman was born in Canada but has lived in the U.K. for nearly 30 years.

Interests include folklore & anthropology, prehistoric archaeology (Neolithic/bronze age Europe; ritual, burial & material culture), as well as The Wars of the Roses and the rest of the medieval era. 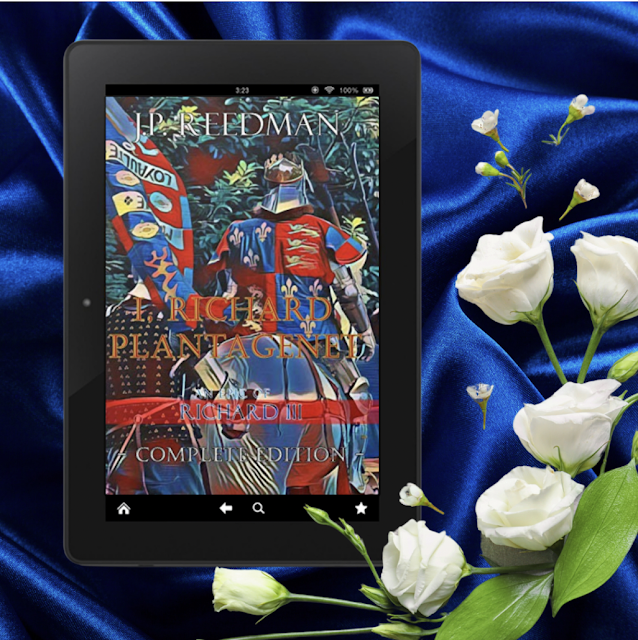