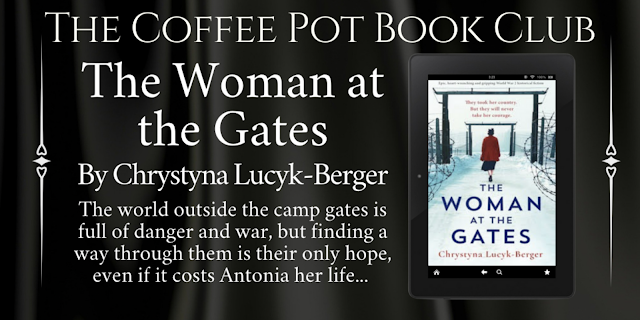 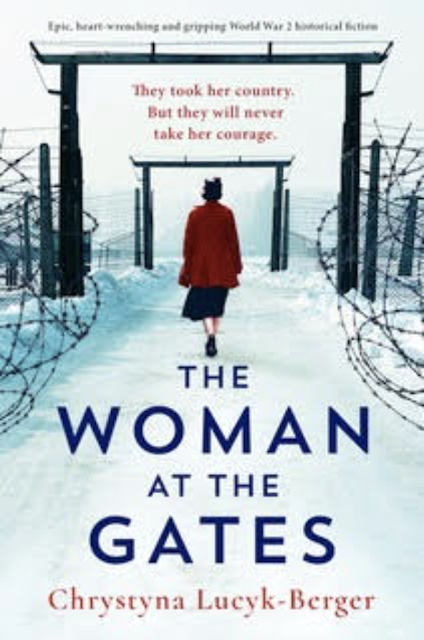 “For as long as Antonia could remember, there had been sliding panels and secret doors to discover in her Ukrainian village, and the music of their defiance had sustained her.”

1944, Germany: Gazing through the barbed wire fence, up at the pale blue sky, Antonia dreams of her home in Ukraine: cherry orchards, golden fields, and the man she loves, whom she may never see again…

The Nazi soldier thrust the barrel of his gun between Antonia’s shoulder blades and she stumbled, still clutching the hand of her youngest nephew. Her sister lifted her other little boy into the back of the truck. Under the threatening gaze of the Germans, Antonia met her sister’s dark and fearful expression then looked back at the village one last time before the flap dropped and locked them all in total darkness.

Before Antonia and her family were captured and sent to a slave labor camp, she was a fighter rather than a victim. Her resistance group—made up of the young men and women she’d grown up with—risked everything to free their country from those who had turned it into a bloody battleground. By her side was clever, handsome Viktor—the man she was to marry, and whose love shone like a light even when dark and violent conflicts engulfed them.

Antonia does not know if her beloved Viktor has been caught or executed. There are rumors the war is coming to an end. But she cannot wait to be saved. Her precious nephews will die without proper food. The Nazis need every able slave to push back the Red Tide, but Antonia also knows she or the others could be killed for any reason, at any moment.

Outside the gates lies salvation and Antonia must find a way through them, even if means putting her own life at risk. The Nazis may have taken nearly everything from her - her country, her dreams, her passions - but they will never take away her fierce courage…

Inspired by the author's research into her family's histories, The Woman at the Gates is a heartbreaking, inspiring and unforgettable epic of the faith, courage and determination shown by those who survived the darkest days of the war. Fans of Mandy Robotham, Kate Quinn and Pam Jenoff will be gripped from the very first page until the final, heart-stopping conclusion.

It was Konstantin who evoked the memory of apricots, a memory so strong the air suddenly bloomed with the golden, sun-warmed scent. Antonia pulled her nephew closer to her, like a cushion against the impact, and dropped the children’s picture book flat onto her lap. She remembered the carelessness of that sweet, perfumed juice running down her chin. The feel of her lover’s finger catching that drop and putting it to her lips. And she remembered the apricots that had sustained her sister’s family on a horrible journey into darkness.

Antonia impatiently rubbed at the sting of tears. With all that she had endured, with all that they had survived, she was going to cry over apricots? The memory of apricots?

No, the memory of that apricot orchard. Her home. Her life. Him.

Antonia’s nephew pushed himself away, the metal bed frame squeaking as he shifted. “And cherries,” he added. “I miss apricots and I miss cherries.”

On Antonia’s other side, Nestor yawned. He was still too young to remember apricots from Ukraine, or the tart summer cherries for that matter. Nestor was too young to read, but his finger moved along the pages of the German picture book titled Unser Bauernhof—Our Farm. Except it wasn’t their farm. Their farm was in the Carpathian lowlands, in the village of Sadovyi Hai. Here, beyond the lead-pane windows of the castle attic, it was the Bavarian hillsides that Antonia looked upon.

Nestor pointed to the word for cherry tree in German.

“Kirschbaum,” Nestor repeated, then went back to the small orange circles on the initial illustration. “Marillenbaum.”

To prevent herself from succumbing to a second gut punch, Antonia pressed Nestor to her. “And you? What is it that you miss?”

As soon as it was out of her mouth, she covered his ears and kissed his head. Nestor’s only memories would be the scratchy, dark and noisy ones of war. He’d known nothing else.

Outside the dormitory rooms, the wooden floorboards creaked from the staircase to the corridor as if they were on a ship. The others—displaced persons, as the Allied forces designated them—were heading up from the dining room. Some had spent the evening playing cards, or the old guitar from the music room. Others had sat in the castle gardens and listened to the crickets, thanking God they had survived. Or, more likely, wondering why they had. The children were being children. Instead of parents covering their mouths to hush them against discovery, or to prevent a beating, or capture by Nazis or Soviets, these children and their parents now loudly negotiated the brushing of teeth. Tomorrow, they would live to see another day, and that was why they pursued the frivolity with such passion.

As the boys fought to turn the next page of the picture book, Antonia tuned into the symphony of Eastern European languages. Polish, Latvian, Lithuanian, Czech, Russian and Ukrainian all intermixed in this old castle in Bavaria—just a short drive to Berchtesgaden; a short drive to Hitler’s bunker—now secured by American troops.

Antonia coughed and the boys gave her room, but the irritation quickly passed. Out of habit, she ran a finger beneath the thin, cream-colored scarf wrapped around her neck, and half-consciously checked the size of the growth at the base of her throat. Before she could assess it further, someone knocked on the door and Lena appeared.

“Mama,” Nestor called to his mother. “Aunt Antonia is reading to us.”

Lena did not seem to hear. She raised her hand, revealing an envelope. But it was the expression on Lena’s face that made Antonia close the book in her lap.

As her sister’s gaze locked with hers, Antonia was again whisked back to Sadovyi Hai. They were back in their village orchards, back to the first days in the secret underground organization. Lena’s and her first fight but not their last battle. In the time it took Lena to close the space between the doorway and the bed, Antonia relived the torture in the Soviet secret police interrogation room and the terror of being captured by the SS. Lena’s eyes reflected the value of unconditional love. Forgiveness. And freedom’s heavy toll. Antonia’s heart clenched at the fear of breaking again.

Lena knelt by the side of the bed, as she did when she said her prayers, then extended the envelope, but Antonia had already seen the Red Cross emblem. She already understood that one of their men had finally been found. 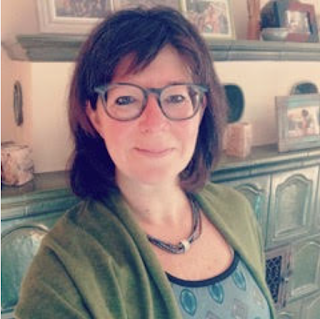 Chrystyna Lucyk-Berger grew up in the culturally rich neighborhood of “Nordeast” Minneapolis, Minnesota to Ukrainian immigrant parents. Though she was a first-generation American, it was not until she landed in Austria during a research holiday that she felt truly at home. That move propelled her on a journey of many discoveries and serendipitous connections.

An award-winning author of now ten historical novels, Lucyk-Berger writes the “institutionalized” stories; stories about men and women who face off against external forces—be it industrialists stealing land, oppressive regimes, or wars, her settings will take you beneath the strata of history and introduce you to the underdogs who fought for justice. 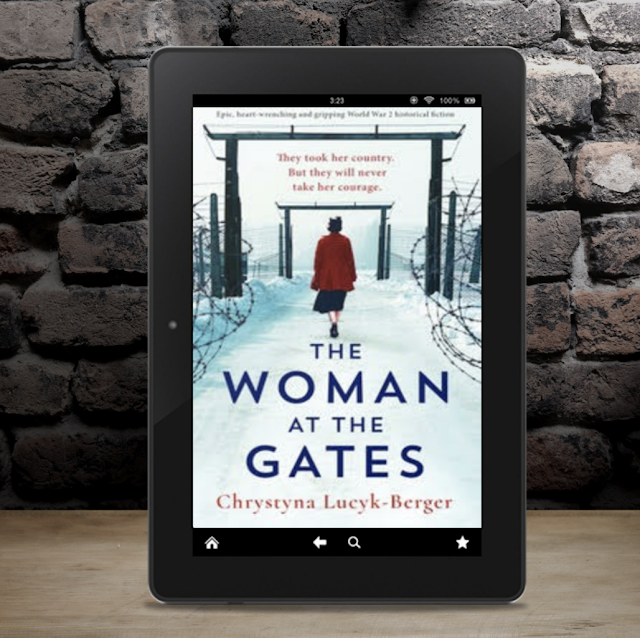