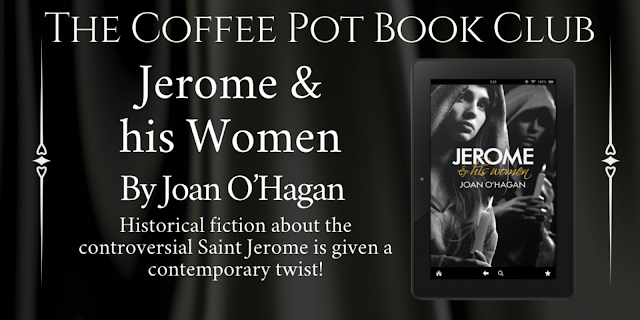 Jerome and His Women
By Joan B O'Hagan 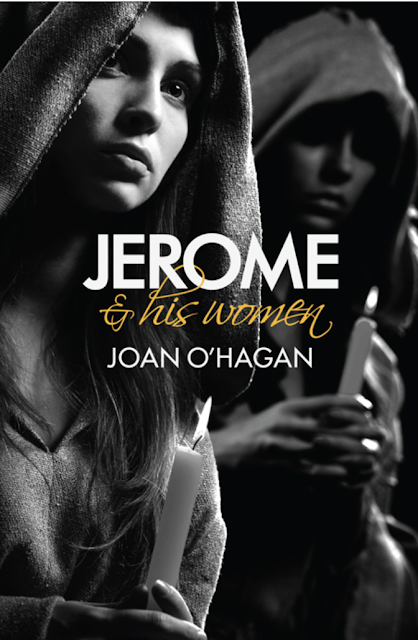 Historical fiction about the controversial Saint Jerome is given a contemporary twist!

Rome, 382 AD. When the Pontiff commissions Jerome to translate the Bible into Latin, it is a political masterstroke. Jerome’s Vulgate displaces the many alternative biblical texts and plays a critical role in establishing Christianity as a world religion. Yet Jerome is his own worst enemy and quickly alienates the ruling elite, many of whom are targets of his famously sarcastic wit.

What is less known is that Jerome is assisted by a circle of aristocratic women who risk their lives in the pursuit of their ideals. Chief among them is the attractive young widow Paula, as devoted to Jerome as she is to his cause. Rumours circulate as his enemies plot to dispose of Jerome once and for all…

‘And why should I not keep Heaven ever before men’s eyes?’ Jerome’s voice rang out. ‘Everyone amongst us should strive to throw off the shackles of this earthly life and seek spiritual union with our Lord. Ah, as long as I have breath in my body I will urge women—and men—to follow the virgin life, outside of marriage or within it.’

He looked fixedly at a cleric who, as everyone knew, kept a woman, though discreetly.

There was silence. No one dared to enter into the debate with Jerome on this.

‘His Holiness asks me to pass on to the next charge. A number of our letters, most of them widely copied and read—and not only by Christians—pillory the lives of lay and cleric, often on the basis of’—Basilius paused for emphasis—‘unsustained gossip.’

There was a chill in the air as Basilius read out extracts scolding luxury and greed and sloth among clergymen.

‘You have written, Jerome: “There are some of my own order who seek the office of presbyter or deacon so they may see women more freely. Such men think of nothing but their dress; they use perfumes freely, see that there are no creases in their leather shoes. Their curling hair shows traces of the tongs; their fingers glisten with rings… When you see them, all primped up, you would take them for bridegrooms rather than clerics.”’

Basilius swallowed. There wasn’t a whisper in the room. Some half dozen clerics trembled under their robes, fearful that the monkish scourge arraigned before them might, even in this gathering, name names.

The vignettes continued. Wealthy widows of unseemly behaviour and clergymen who took money for visiting them were not spared Jerome’s tongue. There was a horrified laugh or two at Jerome’s caustic wit: ‘“The hand outstretched in blessing often closes on a golden coin.”’

Extract followed extract. By now, the hostility in the air was palpable.

Joan O’Hagan was an internationally published crime writer (Incline & Fall, Death and a Madonna, Against the Grain, A Roman Death). Thanks to meticulous research, a wicked imagination, and over thirty years of living in Rome, here she breathes new life into an ancient saint and his world, drawing us irresistibly into a highly charged world of danger and intrigue while reminding us to question our own values.

A note from the publisher....

I’m the editor and publisher of Jerome & His Women, and the author was my late mother, Joan O’Hagan. She was born in Australia and studied Classics, including Latin and Greek, in Wellington (New Zealand). She worked in Noumea (New Caledonia) and Rome, where she spent most of her life until returning to Australia in 1997 just before the birth of my sons. I have early memories of her writing and reading whenever she could; our kitchen table was often covered in pages of manuscript, and you could hear the sharp sound of typewriter keys (she was fast!) from all over the house. Her writing was not something she squeezed into the morning or afternoon; it spilled over into the whole day, with other things in her life happening around it. She got me and my friends writing too – we all had stories on the go.

Her previously published novels were crime; she’d always loved a good thriller. But she’d been fascinated with St Jerome for a long time – the highly intelligent, irascible man himself; the political intrigues surrounding the Pontiff in his quest to consolidate his position through the creation of a single authoritative text, and the largely unremarked-upon role of ancient women in this mammoth task. My mother had been reading about Early Christianity and reading Jerome’s Letters for years and, by the time she showed me her manuscript, I was amazed at the level of research she’d undertaken (most of it in pre-internet days). I read the first draft back in 2002 and (wearing my editorial hat) suggested she rewrite it, suggesting that to be commercially viable she had to decide whether to write a narrative or a documentary-research on the saint. She agreed, and restructured it (on her manual typewriter).

This was the version I edited during 2012-2014. With her agreement, I made substantive changes such as creating the Part titles, the creation of a glossary of names, a map. By then she’d moved in with me and my family here in Sydney, and our dining room table became once again covered in manuscript pages – we joked that we all lived with Saint Jerome, my younger son even painting the picture that was used on the back cover. She accepted the structural changes, and most of the copy-editing ones, but despite her failing health, we had some what I could call spirited editing sessions. I would read out the final copy page by page and she would listen carefully and then often say things like, ‘That’s lovely, darling. Now put it back exactly the way I had it!’ (that’s the phrase I remember).

What resulted was the first imaginative fictional recreation of St Jerome, and the turmoil and scandals surrounding his translation of the Bible into the Latin Vulgate, with a focus on the women around him. I wouldn’t want to be pinned down on what might be my favourite scene; I am torn between that in Chapter 8 where the bones of two martyrs are discovered following the vision of the fiendish Aetius, and that in Chapter 15 when the socially ambitious Praetextata presents her ultra-devout niece to society with the aim of achieving what would be in her eyes a good marriage. But perhaps the trial scene in Chapter 32, which brings to life Jerome’s spirited defence when charged by the Roman clergy, is the most powerful, as it is the crux of the book.

I’d like to conclude with a quote by Dr Mario Baghos of St Andrew’s Greek Theological College Australia, whose full review perfectly captures the two sides of this novel: on the one hand, ‘the ambitious, tempestuous character (of St Jerome) whose literary accomplishments, worthy of much acclaim and exemplified by the Vulgate, became indispensable to the formation of Western Christianity’, and on the other, ‘the women surrounding him who – in taking a stand against the luxurious and often debased social conventions of late antique Rome – were trailblazers in their own right’. I doubt my mother herself could have put it any better!

Thank you, and I do hope you enjoy this book. 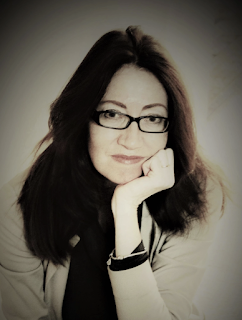 Denise O’Hagan is an award-winning editor and poet, based in Sydney. She has a background in commercial book publishing in the UK and Australia. In 2015, she set up her own imprint, Black Quill Press, through which she assists independent authors. In 2017, Jerome & His Women was shortlisted for the Institute of Professional Editors’ Rosanne Fitzgibbon Editorial Award. Denise’s poetry is published widely and has received numerous awards, most recently the Dalkey Poetry Prize 2020. 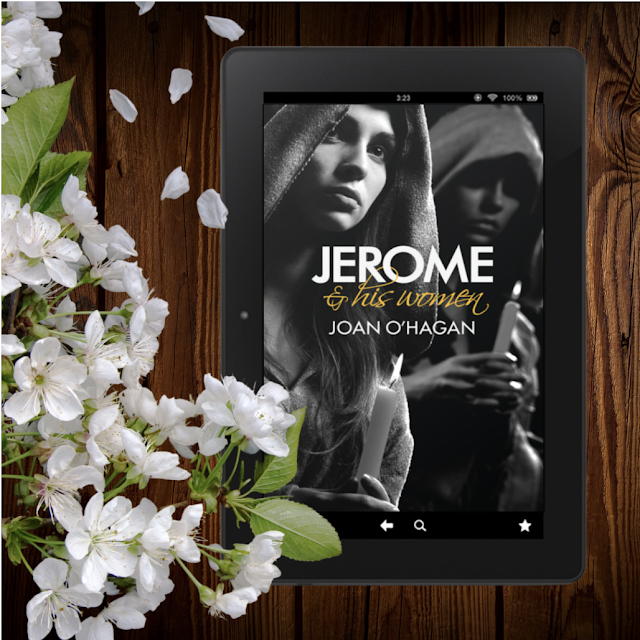