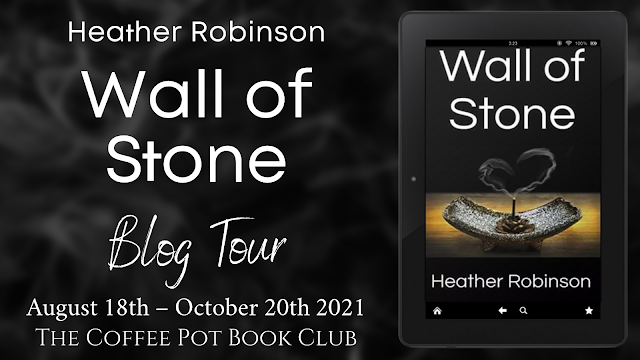 Wall of Stone
By Heather Robinson 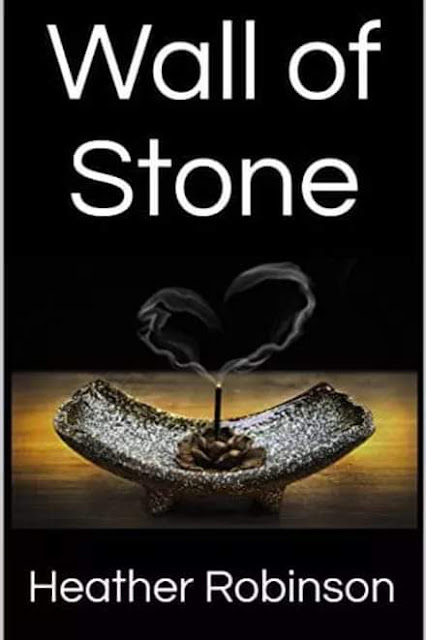 Publication Date: 23rd August 2014
Publisher: Independently Published
Page Length: 366 Pages
Genre: Historical Fiction
In AD121 the Twentieth Legion of Rome stands at the northern frontier of Britannia. Forgotten, neglected and dour in spirit, they must still do their duty for an Empire whose meaning is becoming lost to them.
As the lives of the local Teviot family intertwine with the legion, relationships of love and bitter anguish unfurl. Will the invading army push north? Will the disputing native tribes unite in an uprising? Can Marcus be with Jolinda?
When peace is fragile, friendships count for everything...

“We need to keep the infection out of those blisters. Keep your hands clean and smear this salve on morning and evening sparingly. See me in seven sunrises, earlier if the blisters begin to ooze.” The camp physician nodded curtly as he passed a phial of foul smelling cream to Marcus before turning his attention to the next wounded man in the queue.

Marcus turned left on leaving the room, away from the hospital exit. The corridor became quieter as he made his way to the end. Approaching the room Brutus had adopted again, he heard Cloelia giggle and he checked his stride for a moment in indecision. He was feeling guilty for not having spoken to Cloelia in several days. In truth, he was feeling guilty for not having thought of Cloelia in several days. It was always Jolinda who occupied his mind. At times he wasn’t able to form a vision of her face, on other occasions her image would flash vividly, if only briefly, before him. It was confusing and distracting, and making him restless.

Taking a steadying breath, he continued forwards. He could not ignore Cloelia forever and he needed to see how Brutus was getting on. The physician had spent some time manipulating and re-setting the damaged arm whilst the unit had been fighting the depot fire. Brutus’s career was riding on the outcome.

Standing in the doorway he initially remained unnoticed. Cloelia was sitting with her back to the entrance, her position blocking the line of sight to Brutus, who, as usual, was causing hilarity with an anecdote about something. Marcus couldn’t help but smile, and shaking his head slightly he tapped lightly on the door as he entered.

“Do not believe a word he is telling you, Cloelia.”

“Marcus! Oh...” There was a moment of awkwardness before Cloelia dissolved into giggles again. “Bring that chair over Marcus, join us. Brutus is really on form today. I am aching with laughter.”

Sitting with his arm splinted in front of him as before, with a treacherous glint of merriment in his eyes, Brutus echoed her words. The happy atmosphere that shrouded the couple was tangible and in that moment Marcus felt absolved of his guilt towards Cloelia and with absolution came a joyous release of tension. Flashing a wide, knowing grin at Brutus he used his forearms to lift the spare chair over to the bed.

“Oh! Marcus, your hands, they must be painful.” Cloelia jumped up to assist him. “Was it really awful at Arbeia? I have heard of your heroics.”

Eager not to destroy the happy atmosphere, Marcus dismissed the question a little brutally.

“Do not fuss! I would rather be told which tale our master storyteller is delivering today.”

Not waiting for a second prompt, Brutus continued with his narration, back-tracking on some important details so Marcus could follow the plot. Cloelia soon recovered from the rebuff and was laughing long into the morning.

Jolinda was not laughing. Life in the Teviot homestead was far from harmonious. Four days on from confessing to her Roman connections, Ma was still as frosty as the rime on the hawthorn. Tamsin seemed smug that Jolinda was suffering this treatment, so often directed at her. Kye was distant and sulky, growling at his younger brother for simply breathing. At nine years, Aaron was old enough to notice the tetchy mood of his family but not to understand it. He dealt with the obfuscation by melding into the background as quietly as possible, but still Kye would snarl at him.

Trying to ease the dark tension, Jolinda asked Kye if he’d seen the fox hanging round the chickens lately. It was meant as small talk to initiate a conversation, but her choice of subject was not well thought. Kye took umbrage, and like a simmering pot with added heat, his temper bubbled over. Kicking a wooden vat that puffed up dust as it scraped along the dirt floor, he flounced out of the room.

“Don’t ya wait up for me!” he yelled, grabbing his coat and a hunk of bread left on the worktop as he crashed out of the hut with as much drama as he could.

This novel is available to read on #KindleUnlimited 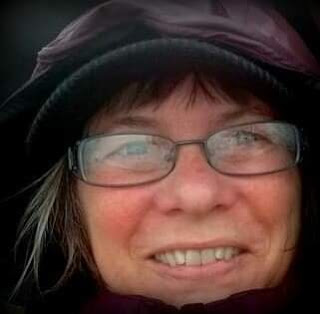 Heather Robinson is a novelist and short story award winner from Wiltshire, UK. Her academic background includes a Bachelor of Science degree with most of her working life spent as an Administration Manager locally. She is also a qualified and experienced radio presenter, hosting a weekly show for Warminster Community Radio. Proud parents of two boys, Heather and her husband Graham share a passion for live music, hiking and motorcycling. 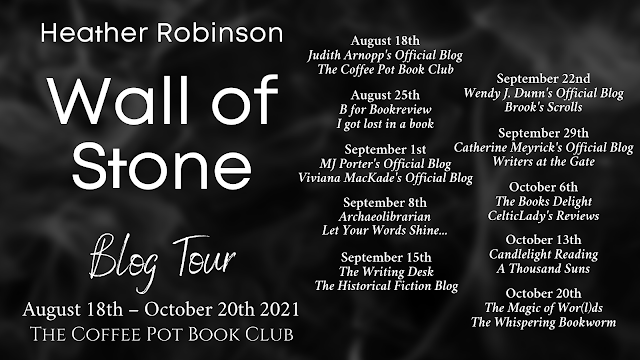