Discover the inspiration behind Rotherwood -A Prequel to Ivanhoe @cthorndycroft 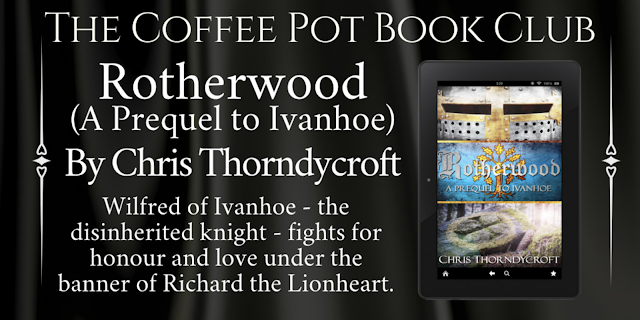 Rotherwood
A Prequel to Ivanhoe
By Chris Thorndycroft 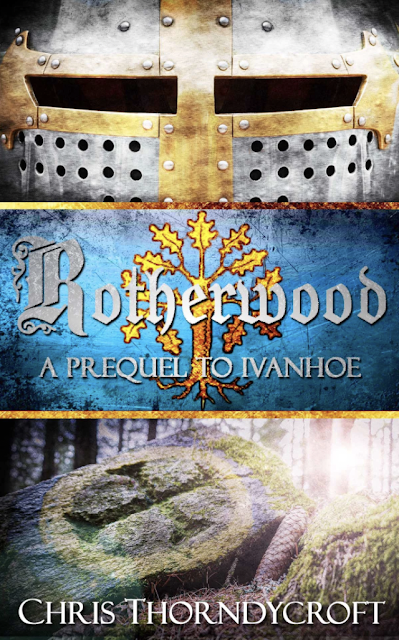 Wilfred of Ivanhoe - the disinherited knight - fights for honour and love under the banner of Richard the Lionheart.
England, 1191. Disinherited for loving the Lady Rowena, young Wilfred of Ivanhoe joins King Richard the Lionheart’s crusade to reclaim Jerusalem. But there are hard choices awaiting Wilfred in the Holy Land where innocence is lost and loyalties are divided. While facing war, disease and treason, Wilfred realises that he must also fight for his very soul before he can return home to his beloved Rowena.
Meanwhile, back in England, the machinations of the king’s brother to steal the throne leave the country devastated by corruption and crippling taxes. Rowena of Rotherwood is determined to do something to ease the suffering of the poor and she finds an unexpected ally in the form of a nobleman-turned-outlaw who goes by the alias ‘Locksley’ …
This thrilling medieval action-adventure reconstructs the events that lead into Walter Scott’s seminal historical novel ‘Ivanhoe’.

Part of the fun in writing historical fiction is fitting fictional characters into an existing framework where they rub shoulders with real and often quite famous figures. In writing a prequel to Ivanhoe, I had a cast of ready-made fictional characters created by its author, Walter Scott, as well as a setting peopled with the very real figures of Richard the Lionheart, his treacherous brother John and their extraordinary mother Eleanor of Aquitaine. But I wanted to dig deeper, find some real roots for the fictional characters that would hold up under research.

Wilfred of Ivanhoe’s home of Rotherwood is fictional but Scott places it somewhere between Sheffield and Doncaster (where we also find the town of Rotherham). ‘Rother’ comes from the Anglo-Saxon word for a horned animal such as an ox. It isn’t hard to imagine Rotherwood as a Saxon hall somewhere in the vicinity; a relic of the days when the Saxon nobles ruled that area before the Norman Conquest. As I explored the history of this area, I found that it was perfect for a number of reasons.

An exciting supporting character in Ivanhoe is one Robert of Locksley whom, it will surprise no one, is revealed to be the famous outlaw Robin Hood towards the end of the book. Walter Scott wasn’t the first to associate England’s legendary thief with Locksley (that honour goes to the Tudor ballad Robin Hood and Queen Katherine) but he certainly popularised it and it has been a staple of the legend ever since. There is a Loxley in Warwickshire but a more likely location for Scott’s outlaw is the one on the outskirts of Sheffield. The word ‘Loxley’ comes from the Saxon ‘Locc’s Leah’ (a woodland clearing belonging to a man named ‘Locc’).

The village of Loxley is situated on the northern bank of the River Loxley which meets the River Don as it flows into Sheffield. There was also a ‘Loxley Chase’ in the Middle Ages which extended as far south as Nottinghamshire where it merged with Sherwood Forest. A chase was a private tract of land set aside for hunting in the Norman period.

But who would have been in charge of Loxley and its chase in the 12th century? It seems that before the Norman Conquest, Loxley was part of the manor of Hallam which, together with the neighbouring manors of Sheffield and Attercliffe, formed part of the lands of Earl Waltheof, a rebellious Saxon noble who was executed by William the Conqueror in 1076. Waltheof was also the last Saxon earl of Huntingdon (Huntington is another of Robin Hood’s supposed identities) which presents the interesting possibility that the rulers of Huntingdon and Loxley were once one and the same.

By the late 12th century, Hallam and its neighbouring manors were in the possession of the Lovetot family. William de Lovetot died young around 1181 leaving a single infant daughter as the heiress to his vast estate. Maud de Lovetot would have been around 13 years old in 1191 before she eventually married Gerard de Furnival whose descendants would rule Sheffield and its surrounding manors for the next 180 years. Young Maud would almost certainly have had a guardian who would have looked after her interests and found her a suitable husband.

Here, I had a perfect slot for Philip de Malvoisin, the odious Norman baron created by Scott. Often mentioned but rarely seen in Ivanhoe, Malvoisin is ‘keeper of the chase’ and is reviled by the poor for his brutality against poachers. His lands are described as neighbouring Rotherwood (Malvoisin’s name literally means ‘bad neighbour’) but the exact location of his home or castle is never given. In placing him as Maud de Lovetot’s guardian, I could have Malvoisin as the powerful local lord administering his ward’s estate from Sheffield Castle; a villainous foil for Robin Hood and his fellow supporters of the king.

Whatever became of Earl Waltheof’s descendants, or if they remained in the area, is unknown. His wife, Judith, being the niece of King William, was allowed to retain her husband’s lands, that is until she angered her uncle by refusing to marry Simon de Senlis after which she was stripped of her lands and the manors of Sheffield, Attercliffe and Hallam were given to the de Busli family (the earldom of Huntingdon passed into the Scottish royal family when Judith’s eldest daughter, Maud, married King David I).

It is not even clear where Waltheof’s original seat was located. Although evidence of a Saxon hall has been found on the site of Sheffield Castle (beneath the Norman motte-and-bailey), there is also indication of a large, moated manor house near the village of Stannington (just south of Loxley). I wanted my Robin Hood character to be a descendant of Earl Waltheof and, in the resident of Stannington Hall (whomever he might have been) I had a perfect candidate; a member of a fallen Saxon family, a native of Loxley and a descendant of the last Saxon earl of Huntingdon.

The tale of Robin Hood is just part of the story of Rotherwood – A Prequel to Ivanhoe. The book also deals with Wilfred of Ivanhoe’s adventures in the Holy Land under the banner of Richard the Lionheart and of his beloved Rowena’s plight in England which is rapidly spiralling into chaos. 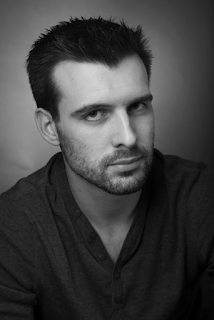 Chris Thorndycroft developed a fascination with medieval history after seeing Errol Flynn’s swashbuckling antics in The Adventures of Robin Hood (1938) at the age of six. His obsession later found an outlet in creative writing and he has now written nine historical novels including the Hengest and Horsa Trilogy and the Arthur of the Cymry Trilogy which are set in 5th century Arthurian Britain. He then fulfilled a lifelong dream and wrote Lords of the Greenwood; his own version of the Robin Hood legend which is something of a sequel to his newest novel; Rotherwood – A Prequel to Ivanhoe. He currently lives in Norway with his wife, two kids and a couple of cats. 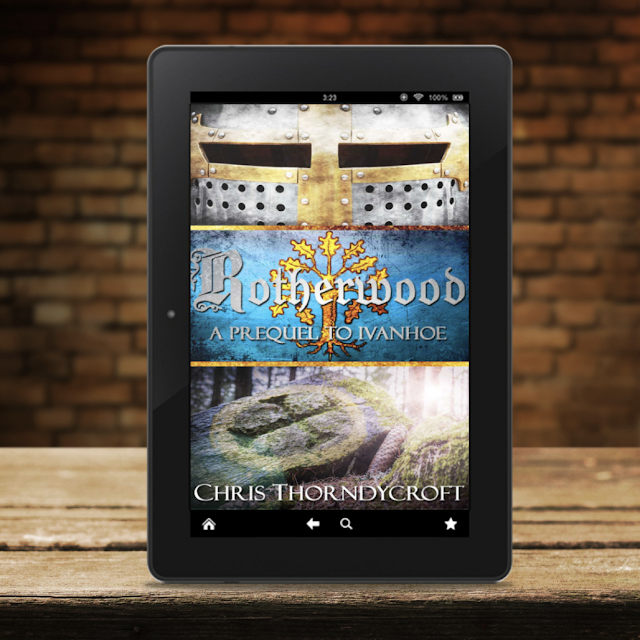