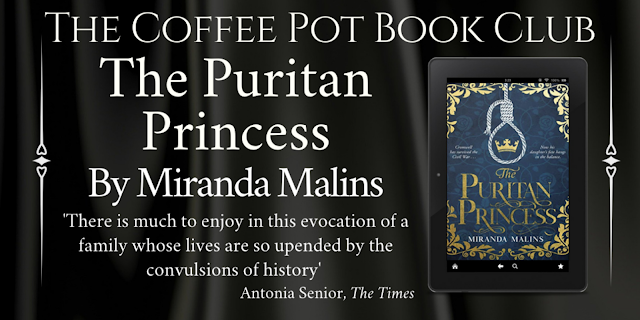 The Puritan Princess
By Miranda Malins 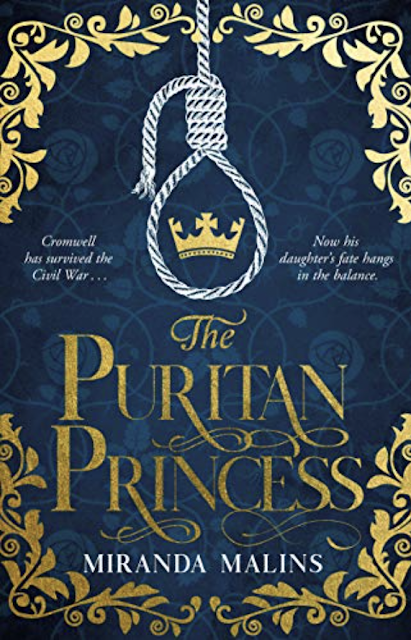 Publication Date: October 2nd 2020
Publisher: Orion
Page Length: 446 Pages
Genre: Renaissance Historical Fiction
1657.
The youngest daughter of Oliver Cromwell, eighteen-year-old Frances is finding her place at England's new centre of power.
Following the turmoil of Civil War, a fragile sense of stability has returned to the country. Her father has risen to the unprecedented position of Lord Protector of the Commonwealth, and Frances has found herself transported from her humble childhood home to the sumptuous palaces of Hampton Court and Whitehall, where she dreams of romance.
But after an assassination attempt on the Cromwell family, Frances realises the precarious danger of her position - and when her father is officially offered the crown, Frances' fate becomes a matter of diplomatic and dynastic importance.
Trapped in the web of court intrigue, Frances must make a choice. Allow herself to be a political pawn, or use her new status to take control - of her own future, and of her country's...

'The Puritan Princess is a genuinely moving portrait of the tragedy of the Cromwells at the height of their power, and Miranda Malins handles the tumultuous drama of the last days of the Protectorate with incredible aplomb' S G MacLean, author of the Damian Seeker series

'A beautifully written and captivating true story of personal love and loss enacted against the backdrop of an England dominated by Frances' father, Oliver Cromwell. Deeply knowledgeable about the politics and desires and ideals of the time, Malins nevertheless inhabits her characters and brings them convincingly to life' James Evans, author of EMIGRANTS

'The extraordinary, revealing and moving relationship between Oliver Cromwell and his daughter Frances is brought to vivid life in this masterly historical novel' Paul Lay, author of Providence Lost

'Miranda Malins is a real and fresh new talent. This is beautifully written, exciting fiction from a writer in full command of the history' Suzannah Lipscomb

'A fine and compelling debut novel, giving a fresh slant on a period of British history still unfamiliar to many. Miranda Malins creates a cast of three-dimensional characters, vividly imagined against a deeply researched historical background. A joy to read' Rowan Williams

'This engaging novel brings one of the most momentous but least well known periods of English history vividly to life.' Carolyn Kirby, author of THE CONVICTION OF CORA BURNS

'Miranda Malins has offered us a thrilling debut novel, packed with expert scene-setting and juicy details, bringing to life her characters with aplomb and as a result allowing readers to revel in 17th century England's epicentre of power.' Prof Michael Scott, University of Warwick 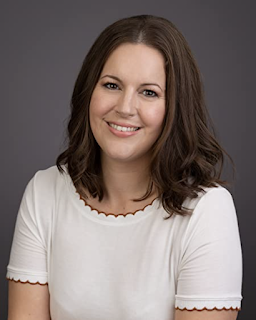 Miranda Malins is a writer and historian specialising in the history of Oliver Cromwell, his family and the politics of the Interregnum period following the Civil War. She studied at Cambridge University, leaving with a PhD, and continues to speak at conferences and publish journal articles and book reviews. She also enjoys being a Trustee of the Cromwell Association. Alongside this, Miranda works as a commercial solicitor in the City and began writing historical novels on maternity leave. She lives in Hampshire with her husband, young son and cat Keats.