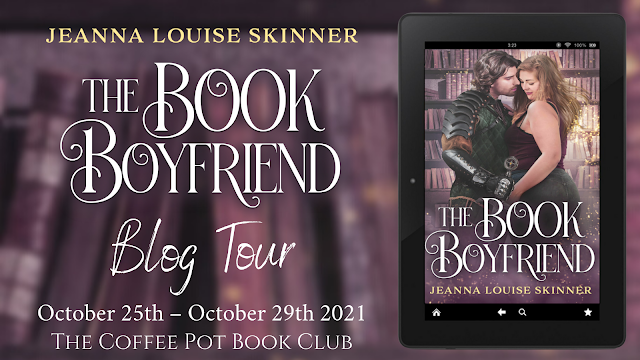 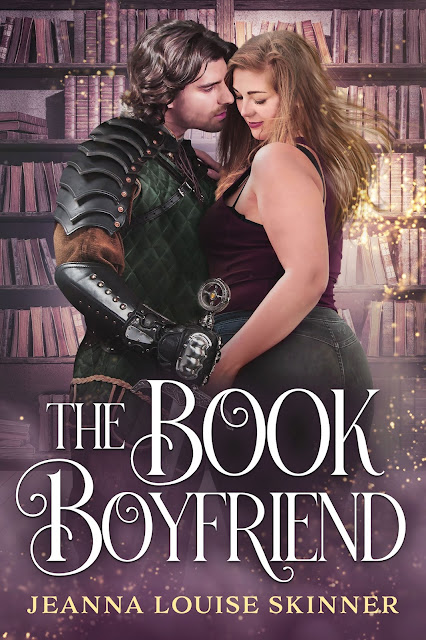 Publication Date: 27th October 2021
Publisher: Violet Gaze Press/Saga Egmont
Page Length: 340 Pages
Genre: Paranormal/Time-Travel Romance
"Let us find solace in the quiet…"
Emmeline always dreamed of being an author, finding comfort in words and between the pages of her beloved romance novels, but a mental health diagnosis leaves her blocked and unable to write. Then she inherits a crumbling, second-hand bookshop from a mysterious old friend and Emmy discovers that magic is real and maybe her fantasies about the heroes in her favourite historical romances aren't so far-fetched after all.
A handsome stranger–wielding a sword as dangerous as his Tudor past–appears in Emmy's bookshop asking for help. Together they must race against time itself to lift the curse imprisoning him in an ancient book. But when growing threats to her safety are proved real and not another symptom of her illness, Emmy must learn to trust her own voice again. Can she find the words to save Jonathan and her shop before tragedy strikes on the fateful final page?
Romance-addict Emmy may be, but this damsel is about to kick distress into the Ever After.

The voice came from the mass of black curls snaking from behind an enormous box.

Emmy ran the short space across the store to help her best friend, Lizzie, heave it on to the counter.

“Thanks. What you got in there? A ton of books?”

“Funny.” Emmy swatted her on the upper arm. “Is that the last one?”

“Yep, all done. And now I have my spare room back again… It looks great in here!” Lizzie scanned the store, grinning.

Antique bookcases ran throughout the shop, along three walls and twisted around hidden corners. Maggie’s battered, oxblood leather armchair still took pride of place in the picture window, but now the green Gumtree sofa sat opposite, with a small, reclaimed pine coffee table in between. Daylight flooded through the sparkling glass and seeped into nooks and crannies. It had taken two weeks of shifting, lifting and cleaning, but thanks to Lizzie (and her spare room) and their mutual friend Dawn, the shop was finally ready for tomorrow’s reopening. The hard work was worth it. They’d salvaged everything they could, from the glitzy chandelier, splashing rainbow-filled sun arrows across the walls and the soft lamps dotted here and there, to the antique telephone in its original red box, which had once stood on the cobbled pavement outside like a sentinel before being rescued by a strident Maggie two decades earlier. Now a quirky reading nook, complete with book-laden shelves and cosy seat, it was Emmy’s favourite spot in the whole store. No longer dim and dingy, Adams' Antique Books was filled with warmth, light and wonder, and was – to Emmy’s mind at least – the perfect place to read and buy books.

“Yeah, it does. Now all we need,” Emmy held up her hands to show her crossed fingers, “are customers…”

“I do worry, but I’ve got to try.” Emmy caught a glimpse of herself in the cracked, gilded mirror behind the counter. Her face was a badly drawn caricature, distorted and gurning like her reflection in the funfair hall of mirrors she’d visited with her ex last year. She rearranged the frown etched on her gamine features into a smile, but there was nothing she could do about the haunted look in her dark eyes.

“Maggie would be proud of you, Ems,” Lizzie said, meeting Emmy’s gaze in the mirror.

“I hope so,” Emmy whispered.

Lizzie rested her dark head against Emmy’s blonde one. This should have been a difficult feat, given their five-inch height difference, but Lizzie’s love of heels was legendary. Even her own mother had once joked that she should have been christened wearing Louboutins rather than baby booties. The disparity between the two best friends’ height wasn’t the only notable distinction in their appearances. Where Lizzie was brunette and pocket-sized petite, Emmy’s strawberry blonde waves topped the kind of body that fashion sites liked to market as “plus”. Emmy was nowhere near as reticent and preferred to think of herself simply as fat - and there was absolutely nothing wrong with that, thank you very much.

But loving her looks hadn’t always come easy. There was a time, yes in her teens. when Emmy would have given anything to not stand out in every class photo, to not tower head and shoulders over most people in a room. But learning to not only accept her body, but to also rejoice in her showstopping-from-every-angle knockout curves, was just one of the many wonderful life lessons Maggie Adams had imparted about being a young woman growing up in a patriarchal society. Of course, the medication she’d recently started taking had made Emmy bigger than ever, but that was a pattern she’d settled to with relative ease. These days, her greatest bugbear about her size was that those same websites didn’t seem to cater for her tallness as well as her fatness, and she often ended up wearing so-called men’s clothes. But this wasn’t such a sacrifice. Emmy was fat and - haunted expression aside - she looked just as fabulous as any other woman, including her tiny-proportioned bestie Lizzie, who she now flung one long arm around to squeeze closer.

“I know so.” Lizzie affirmed. “Now, you know, I’m not into all these ‘Book Boyfriends’ like you, but if I was, this would be the first place I’d come to buy my smut. What could be more romantic?” She spun, arms flung out wide, like a euphoric Julie Andrews on a mountaintop.

“It is not smut! Austen is not smut, the Brontës are not smut!” Emmy knew Lizzie was trying to distract her, but she couldn’t help reacting all the same.

“Whatever, but you and I both know that even Maggie’s reluctance in the face of modernity gave way for more and more bodice rippers over the years. Even Breone agrees with me.” Lizzie nodded towards the ginger cat, who was attempting to curl his fat furry body onto a pile of vintage romance novels with limited success. Emmy sighed and grabbed the moggy before he could topple the stack and deposited him on the flagstone floor. The cat turned his squished face away in disgust and somehow slinked into a narrow gap between a bookcase and the wall, orange tail swishing in rebellion.

“Romance novels can be super feminist, which you’d know if you’d read my dissertation, and as I’ve pointed out multiple times, bodice ripper is an outdated term that doesn’t help shift stock,” Emmy said, pouting as she turned back to Lizzie. “Plus, it sells, so maybe Maggie was on to something.”

“Let’s hope she was right.” Lizzie’s tone was a curious cocktail of doubt and delight as she picked up the book on the top of the pile. “Enchanted Paradise by Johanna Hailey,” she smirked, holding the book up for Emmy to see.

The cover was your standard 1980s romance novel affair: an impossibly beautiful heterosexual couple in a passionate clinch, the woman’s nudity barely covered by a whisper-thin diaphanous veil, the man - all torso and rippling back muscles gripping her bare flesh in his hands. What set this particular cover apart, however, was its inclusion of a male and female deer, a unicorn and a rainbow in the pastel toned, other-worldly background. And Emmy loved every inch of it! She snatched it from her best friend’s hand with an exasperated tut and set it back on top of the stack as if it were as precious as a first edition Austen.

“Whatevs,” Lizzie was unperturbed. She whipped her head to the door, dark curls bouncing.  “I think I’ve left something in the car. I’ll be back.” She tripped out of the shop before Emmy could respond. 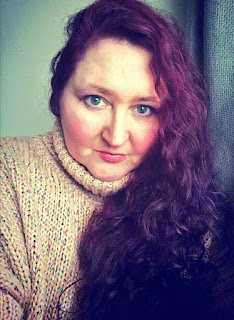 Jeanna Louise Skinner writes romance with a sprinkling of magic. The Book Boyfriend is her debut novel and she is currently working on a prequel. She has ADHD and CRPS, a rare neuro-inflammatory disorder, and she is passionate about writing about people underrepresented in Romance, especially those with disabilities and chronic health conditions. She’s also the co-creator of UKRomChat, a much-lauded, Romance-centric live Twitter chat. She lives in Devon with her husband, their two children and a cat who sounds like a goat. 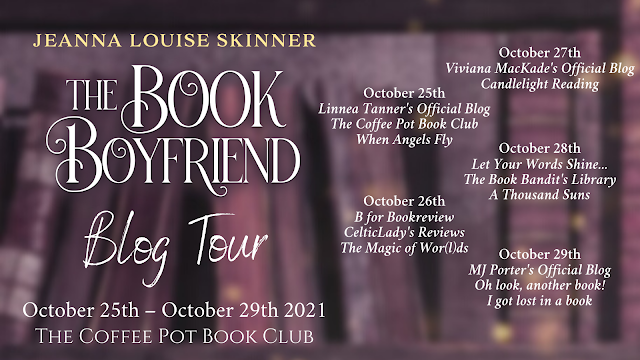