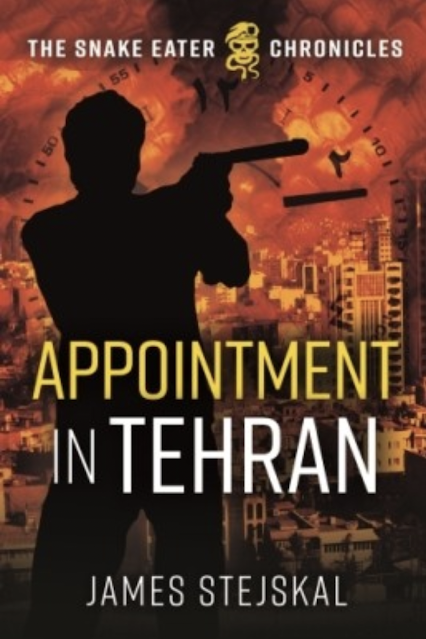 Publication Date: 15th October 2021
Publisher: Casemate Publishers
Page Length: 304 Pages
Genre: Espionage Thriller / Historical Fiction
When radical Iranian students seize the U.S. Embassy compound in Tehran and take over fifty diplomats hostage the U.S. President has to negotiate with a government that wants only to humiliate the United States. When talks fail, the President must turn to the military to bring the Americans home by force.
As preparations are made for an audacious rescue, an American intelligence officer hides alone in a Tehran safehouse with a secret. He is protecting a powerful weapon known as the Perses Device, which is now at risk of being captured and employed against the United States. The Agency Director orders that it must be brought out at all costs.
But as a small American team clandestinely enters Tehran to lead the way for the rescue force, a traitor spills the secret and KGB Spetsnaz operatives begin their own search for the weapon.
At the last minute, one more American is added to the advance team - his sole mission is to get the Agency officer and the Perses device to safety.
When the rescue mission fails, only two Americans are left to run the gauntlet of enemy agents and get the weapon out.
Getting in was easy…

In his apartment several blocks from the university campus, Abdul Mezad knelt on a carpet facing the Holy Cities of Mecca and Medina and prayed. He was one of the few people in the city who knew what was about to happen. Although the Shah had been overthrown and the revolutionary republic proclaimed months earlier, there was still an infuriating presence in the city: the den of spies—the American Embassy—that housed the very same snakes who had installed the Shah onto his Peacock Throne. It had been a quarter-century, but many Iranians still felt the insult deeply—that the Americans could overthrow their elected government and install a puppet Shah, Mohammad Reza Pahlavi. It was a brazen act by insolent foreigners who knew nothing about the true nature of Iran and its people. The infidel cared only for Iran’s oil.

After his prayers, Abdul walked in the drizzling rain through the stirring city. The early morning commuters passing him would have assumed he was a student, dressed in faded jeans and a loose sweater topped off with an olive-drab fatigue jacket he had bought cheaply in a market long ago. But anyone who looked at him closely might have reconsidered, not that Abdul cared. The intensity of a zealot on a Jihad burned in his eyes, his vision reduced to tunnel vision, focused only on his destination and little else. He had a mission, and if he was to be a martyr this day, so be it.

It was cool, as November mornings in Tehran often were. To the north, the Alborz mountains were shrouded in a blanket of gray cloud. The day had started out quietly enough for a city that had been tense for months as internecine squabbles, demonstrations, and street fights broke out across the country between the moderates, the communists, and Islamists vying for influence. The hard-liners of the Council of the Islamic Revolution had only tenuous control.

That would soon change.

The shops were still shuttered. Despite the dampness in the air, the smell of barbari baking in the wood- and coal-burning ovens wafted through the neighborhood. Abdul ignored his hunger; there would be time enough for food later. Walking with determination, he covered the few kilometers to his place of appointment rapidly. He turned into Taleqani Street and, in front of him, he saw his goal. Abdul strode on, over the glistening, damp concrete and stopped outside the embassy gates where crowds had started to gather. He glared at the Americans inside the fence who looked back at him with a stare that conveyed their sense that this day would be unlike any they had experienced before. The Marine Security Guards gathered in small groups near the gates, the front entrance, and even on the roof as the embassy staff hurried to their desks inside the Chancery. They were worried; they were too few to contain the threatening crowd that gathered beyond the fence.

As the city slowly awakened, the crowd outside grew to hundreds, then thousands of young people outside the 27-acre embassy compound. As the rain tapered off, the throngs grew, made up mostly of students who had not attended school since the uprising had begun the previous January. Most believed they were there for just a peaceful protest, but the rain had dampened their spirits. Wistfully, some thought of going home, out of the damp, to enjoy a cup of tea and some savory cakes. They wanted the Americans out of their new Islamic republic, but had not come with violence in mind. They were not aware of the real plan, the plan a small group, the “Brethren,” had in mind. Today, they would finally swing the balance of power over to Ruhollah Khomeini.

Abdul was aware of the plan. He was one of the “Brethren,” a true insider. They were the core element, even closer knit than the “Islamic Brothers.” They were the vanguard of the revolution. While the placards and shouts outside the compound only demanded that the Americans leave Iran, the Brethren had other ideas. They wanted to consolidate the Imam’s power and eliminate rival militias. By seizing the embassy, they would not only break the links between the supporters of the provisional government, who wanted a “democratic Iran,” and the Americans, they would also destroy the power of the leftists who remained a threat to the Islamic revolution.

While hundreds of young men and women kept the Marines busy on the perimeter of the facility, others climbed over the barrier fence and engaged in a tug of war over the halyards of the flagpole. These distractions occupied the Marine guards. Unseen in the crowd, a small group of men pulled bolt cutters from bags and severed the chains that secured the perimeter gates. With that last physical and psychological barrier breached, the masses outside were easily pushed to storm the compound. 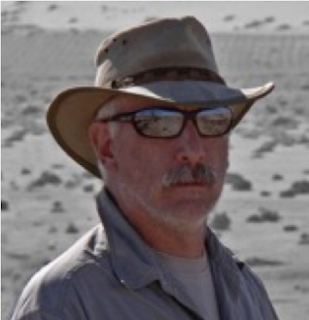 James Stejskal is an author, military historian, and conflict archaeologist. He spent 35 years serving with the US Army Special Forces and the Central Intelligence Agency in places such as Africa, Europe, the Balkans, and the Near and Far East. He is the author of a number of books, including A Question of Time, a Cold War military & espionage thriller, as well as the non-fiction books Special Forces Berlin: Clandestine Cold War Operations of the US Army’s Elite, 1956–1990, and Masters of Mayhem: Lawrence of Arabia and the British Military Mission to the Hejaz. 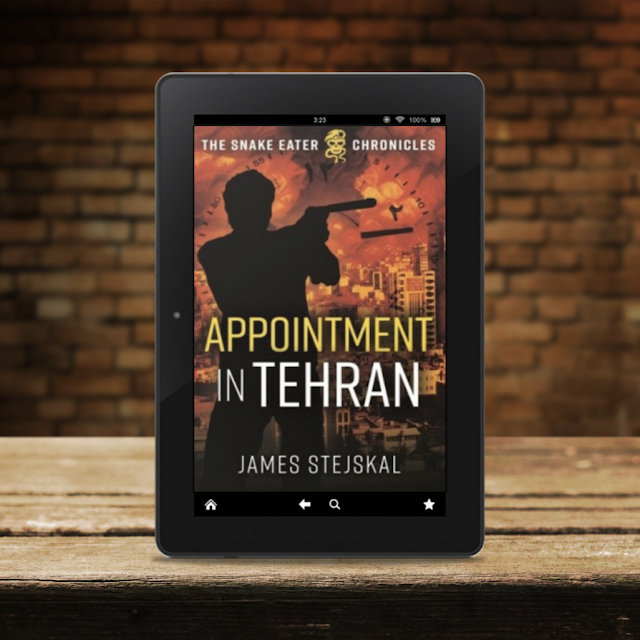