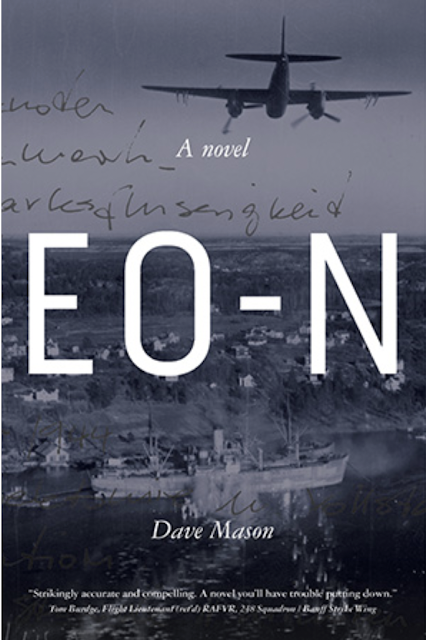 Alison Wiley, a once-idealistic biotech CEO, is processing her new reality: she’s the last bud on the last branch of her family tree. On the heels of her mother’s illness and crushing death, she's pulled into a seventy-four year old mystery by a chance discovery on a Norwegian glacier.

RCAF Squadron Leader Jack Barton flies combat missions over occupied Europe. Major Günther Graf, a war-weary and disillusioned Luftwaffe pilot, is trapped in the unspeakable horrors of Nazi Germany. Their paths, so different yet so similar, are connected by a young victim of appalling cruelty.

A story of love and loss, cruelty and kindness, guilt and redemption,

EO-N's sweeping narrative takes readers on a riveting journey—from the destruction and cruelty of war to the relentless pressures of contemporary corporate greed—weaving together five seemingly separate lives to remind us that individual actions matter and that courage comes in many forms.

She turned to resurvey the task at hand, eyes eventually settling on the beige filing cabinet in the corner of her mother’s office. She didn’t see the cabinet so much as two or three more hours of god only knew what her mother might have stuffed in there, but she willed her thumb to push the button beside the handle and opened the top drawer, promising herself that when she’d gotten through this one she’d switch to wine.

Twenty-one minutes later, three drawers down, in a small manila envelope addressed to her grandmother Marie at her Halifax home, she found it.

The brittle paper, aged to a yellowish, greyish hue, was ragged at the edges, stained and wrinkled, and torn in the places where it had been folded and unfolded and refolded so many times that it was held together by only the most fragile of fibres.

Engraved in black ink at the top of the document was the corporate boilerplate stuff.

And debossed into its once-soft surface by the firm hammer strikes of an actual typewriter were the words that had dramatically changed the trajectory of her grandmother’s young life, and which would, in turn, alter the lives of so many people who came after.

She read the telegram three times, trying in vain to decipher the handwritten scribbles and numbers near its bottom right-hand corner, and noting the faded blue-violet rubber stamp on its top right:

Without really knowing why, she brought the impersonal document close to her face. She closed her eyes, thinking for just a second that she might somehow detect some remnants of humanity there, some sense of sadness and loss. But as she knew it would, the paper just smelled old.

Alison had known about her grandfather at some point, had been provided with a vague memory that something terrible had happened to him when he was a very young man. She’d been a child when those hushed stories had been told, and as with most people who’ve acquired so little of their own, history did not really exist to her at that point in her life. But here, today, in the hands of a thirty-four-year-old woman who’d lately begun to feel the weight of her own life starting to pile up, was the decidedly dispassionate, matter-of-fact document that had left her grandmother Marie heartbroken and, not long afterward, alone with a baby girl.

That baby girl—Alison’s mother—was Susan Elizabeth Barton Todd, named in honour of her biological paternal grandmother. Susan had grown up never knowing her real father, raised instead by Marie and the wonderful man who’d been her “Dad” from the very beginning. A naval officer who’d survived his own war chasing U-boats across the frozen North Atlantic, Commander John Bernard Todd had married the widowed Mrs. Marie Barton in the autumn of 1948, after the briefest of courtships, back when courtships were a thing. Shortly after the wedding, with his instant young family in tow, he’d made the move to Washington, DC, to take a posting as RCN Naval Attaché.

Commander and Mrs. Todd had remained mostly happily in love for more than forty-five years, blessing Alison’s mother, Susan, with the powerful sense of family and belonging that had always meant so much to her.

Susan had married Paul Wiley, her Boston University sweetheart, shortly after they’d graduated. An aeronautical engineer, Paul had accepted a job in Montreal, where, to the best of Alison’s recollection, he’d helped design helicopter engines. Susan had worked as an architect until Alison’s brother James had been born, and Alison had come along just about four years after him, enough of a gap to be kiddingly referred to as “oopsie,” although her parents had always been sure to let her know how much they’d hoped and hoped for her.

The family had relocated to Avon, Connecticut when Alison had turned eight, a difficult transition made a little easier by the presence of the big brother she knew had loved her as fiercely as any big brother possibly could.

She sat back, drained by her thoughts.

Life is easiest without them.

Get up, go to meetings, go home, binge-watch Netflix, go to sleep. Repeat. Years, it seemed, had flown by that way, with what passed for happiness, hope, satisfaction, rage, frustration, and every other emotion all wrapped up in the work she put between herself and an actual life. She couldn’t help but wonder sometimes—usually when she’d had a few too many and she allowed herself to think in such a way—if she was simply substituting the relentless and so often empty pursuit of career success for the sporadic and potentially empty pursuit of personal happiness.

She picked up the manila envelope and shook it one last time.

A glossy, white-bordered black-and-white photograph, small enough to fit into the palm of her hand, fluttered like a leaf onto the jumble of papers scattered on her mother’s hardwood floor. She scooped it up.

Arms clasped behind him, a handsome young man stared intensely into the camera’s lens. His dark grey uniform jacket was crisp, belted at the waist, buttons shiny, with what looked to be a short row of ribbons and an embroidered wing emblem of some kind above his left breast pocket. His peaked cap was tilted slightly back on his head, revealing a short shock of dark hair, and his grin—he wasn’t smiling exactly, but he wasn’t frowning either—gave Alison the distinct impression that he kind of didn’t give a shit. But absolutely everything else about his demeanour and his surroundings said that he did. A wide, flat field stretched out behind him, and off to one side, Alison could make out what looked like a couple of black trucks parked near the elliptical tail of some kind of black-grey, camouflaged, twin-engine airplane.

She turned the photograph over. There, in faded blue fountain pen ink:

No empty pursuit there. 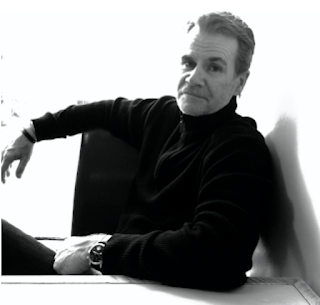 Born in England and raised in Canada, Dave Mason is an internationally recognized graphic designer and cofounder of a number of software companies, and now, a writer of historical fiction. He divides his time between Chicago, Illinois, and Lunenburg, Nova Scotia. EO-N is his first novel.