Find out what inspired Cassandra B. Leigh to write - Crossed in Love @leigh_carol

Crossed in Love
By Cassandra B. Leigh 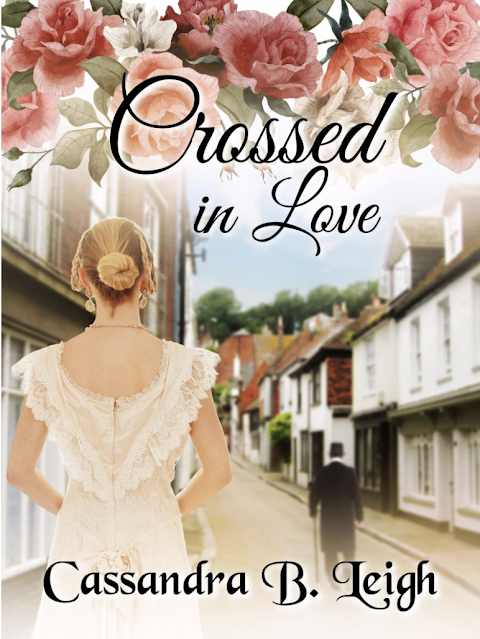 Publication Date: 15 October 2020
Publisher: Independently Published
Page Length: 267 Pages
Genre: Regency Historical Romance
Nearly on the shelf, Jane Bennet’s heart is broken when her suitor jilts her. She goes to London to recover her spirits, and hopefully run into him. At the local assemblies, she meets a few new suitors, but can she compete with the younger, more accomplished ladies with generous dowries?
Crossed in love in his younger days, James Morland refuses to marry without affection. Pressured to find a wife and secure his family’s future, he needs a woman willing to accept a humble curate with a meagre fortune. He meets several eligible ladies, but only one touches his heart.
Find out what happens when the happiness of a most beloved sister is not ruined forever. Does this change Elizabeth’s response to Mr Darcy’s proposal?
A sweet Pride and Prejudice / Northanger Abbey crossover.

As an ardent fan of Pride and Prejudice, I often wondered why Jane Bennet settled for Charles Bingley. He left her with no explanation and stayed away for ten months. In my opinion, he was too easily convinced to give Jane up and should have had the courage of his own convictions. What girl with any self-respect would take him back?

Despite being cast as the beauty, Jane had many insecurities. Unlike her bold sister Elizabeth, who frequently defied her mother’s will, Jane took that rainy ride to Netherfield rather than incur her mother’s rebuke. Mrs Bennet frequently boasted of Jane’s beauty, as though it was her most important quality. “I was sure you could not be so beautiful for nothing.” However, at twenty-two and still unattached, she had been on the marriage market for four or five years and was dangerously close to being on the shelf. Why did Mrs Bennet never teach her to play pianoforte as she did with Elizabeth and Mary? Did she believe Jane’s good looks would be enough to get her a husband, despite her small dowry?

From Jane’s letters in canon, we know of her time in London and her fervent desire to continue her friendship with Caroline Bingley, in hopes of running into her brother. When Caroline reluctantly visited her, then eventually dropped the connection, Jane was devastated. The plan to send her to London to recover her spirits merely prolonged her misery. Four months later, Jane was still mourning Bingley’s loss.

Thinking another Austen man would be a better match for Jane, I considered James Morland, from Northanger Abbey, who was deceived by Isabella Thorpe, his inconstant fiancée. His letter to Catherine to advise her of the broken engagement revealed his crushing heartbreak. “Beware how you give your heart.” We know nothing of James’s outcome after his sister married, but as his father’s heir, he would have to ensure the church living stayed in the family. He also had several unmarried siblings who would be his responsibility once he inherited.

I imagined James would take his own advice, guard his heart, and avoid any romantic entanglements until it was necessary. At thirty, he would not easily succumb to the lures sent out by marriage-minded ladies. However, as a dutiful son, he would understand his responsibilities to his family and feel some pressure to select a wife and set up his nursery.

Who better to match with Jane than a man who had also been crossed in love? Once I chose a leading man, I needed a plausible setting for him to meet Jane. Since she went to London in canon, that seemed the perfect place for them to meet. In another story, I created a character named Bishop Dawkins who conveniently resided in London. I recruited the bishop again as an old school chum of Mr Richard Morland and gave him a doting wife who was a close friend of Mrs Gardiner.

Besides the familiar characters from Northanger Abbey, a few new ones were cast, including a devoted housekeeper, a lusty widow, an eager debutant, various suitors in London for Jane, and a few interfering matchmakers to keep things interesting. Can a mild-mannered curate and a modest beauty find love, even though their homes are nearly one hundred miles apart? Crossed in Love is a second-chance romance set in Regency England.

Cassandra B. Leigh is the pen name of a woman who writes Jane Austen variations and Regency Romance. Born and raised in New Jersey, she studied business administration and accounting at Montclair State University. She began her professional career as an accountant, then switched to writing policies and procedures. After working for fifty years, she retired from corporate life.

Although a voracious reader, she did not begin writing until later in life. She initially wrote poems and stories for her own enjoyment, then discovered the multiple Jane Austen fan fiction sites and jumped into the fray to explore the 'what-ifs' of Pride and Prejudice.

What if Jane Bennet didn’t wait for Charles Bingley?

What if an influenza epidemic was announced at the Netherfield ball?

What if Elizabeth Bennet had a special gift and could detect if someone was lying?

What if the Bennet sisters danced every night in an enchanted sapphire castle? (A Twelve Dancing Princesses crossover.)

What if Elizabeth was injured and lost her memories? (Coming soon.)

Cassandra now writes full time in Connecticut. A devotee of Jane Austen and Georgette Heyer, she is the author of twenty-two books, and posts fan fiction under the penname 'Astonishment'.