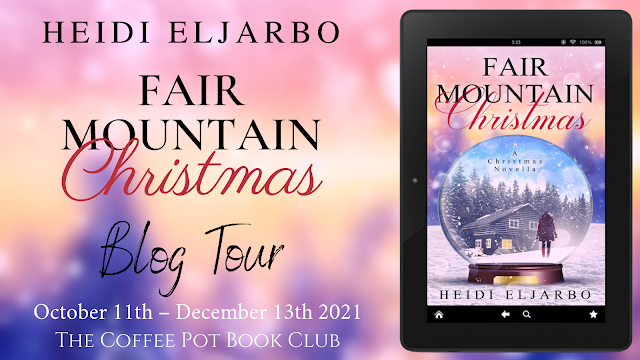 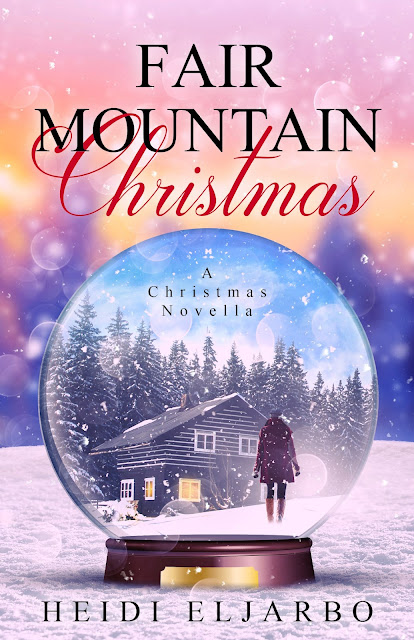 Publication Date: 4th October 2021
Publisher: Independently Published
Page Length: 86 Pages
Genre: Sweet Romance, Holiday Fiction
Nostalgia and Christmas miracles burn bright in this uplifting and heartwarming story about new beginnings and falling in love under a blanket of stars.
Fair Mountain, December 1972.
A few days before Christmas, Juni’s editor gives her a writing assignment that throws her far outside her comfort zone. She and her terrier, Leo, retreat to her grandparents’ old cabin in the Norwegian mountains in hopes of inspiration. But the trip turns into a heart-wrenching and emotionally challenging encounter.
Memories of Juni’s childhood seep in as soon as she enters the cabin, and as for the writing assignment…what does she know about what children need for Christmas?
Juni’s focus changes when handsome Henry Norheim from Moose Lodge down the hill unexpectedly shows up outside her cottage door. His dedication to family, traditions, and Christmas celebration is contagious, but for Juni, coming out of her lonely shell is easier said than done.
As Juni’s deadline draws closer, and the snowflakes softly swirl down on Fair Mountain, she has to face up to her past, open her heart, and dare to take a step forward. Will the miracle of Christmas live up to its promise of hope, goodwill, and love this year?

Days were short this time of year. The sun rose at about nine o’clock and set six hours later. The mild temperature was unusual. Water dripped from the gutters, and rain whipped against the window. Juni was grateful to be inside, snug, warm, and now also satisfied after the scrumptious dinner and dessert. A cup of steaming-hot rosehip tea sat on the table as she got her typewriter out of its case and organized the papers for an upcoming article for the newspaper. The editor expected it by the twenty-second of December. She had four full days at the cabin to get it all done.

She’d fought this assignment, claiming she had no children of her own and no experience in writing articles about what little people needed or wanted.

“You’ll be fine,” Liv, her editor, had persisted. “I’ve not seen you have any problems before. And you write stories varied as sea life.”

Sea life? Liv should know. She spent all her free time by the ocean.

Despite her reservations, Juni had given in and had spent the next days trying to revive her dormant imagination. She’d brought her notebook to the park, and she’d tried jotting down words while walking the dog in the woods or lying down on the couch. Nothing. She and Leo had even gone on an outing to the beach, but all Juni had come up with was stories about the oceanic playground and the savage aquamarine waves rolling merciless toward the rocky shore. Leo had run along the sand, barking at seagulls. Closing her eyes, she’d realized the hypnotizing sound of the ocean that usually opened up her deeper thoughts had also abandoned her.

“I’m afraid I have to pass on this one,” she’d finally told her editor.

That’s when Liv had brought her chair to Juni’s office desk. She’d sat down and handed Juni a cup of hot chocolate and calmly explained the situation.

“Our sales are down, and the ratings have not exactly been booming lately. We must land the perfect Christmas story to keep our readers interested and also attract new ones. The owners have decided on a huge Christmas issue in hopes of saving the newspaper. There’ll be recipes, nostalgic holiday tidbits, and your article will be the main feature. We’re counting on you, Juni. I know you can do this. Make us proud.”

The pressure was on. Almost to the point of boiling over. Juni had immediately packed a bag and escaped, hoping the serenity of the mountains would give her the inspiration she sought. 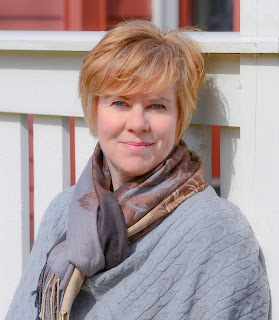 Heidi Eljarbo is the bestselling author of historical fiction and mysteries filled with courageous and good characters that are easy to love and others you don't want to go near.
Heidi grew up in a home filled with books and artwork and she never truly imagined she would do anything other than write and paint. She studied art, languages, and history, all of which have come in handy when working as an author, magazine journalist, and painter.
After living in Canada, six US states, Japan, Switzerland, and Austria, Heidi now calls Norway home. She and her husband have a total of nine children, thirteen grandchildren—so far—in addition to a bouncy Wheaten Terrier.
Their favorite retreat is a mountain cabin, where they hike in the summertime and ski the vast, white terrain during winter.
Heidi’s favorites are family, God's beautiful nature, and the word whimsical.
Sign up for her newsletter at https://www.heidieljarbo.com/newsletter 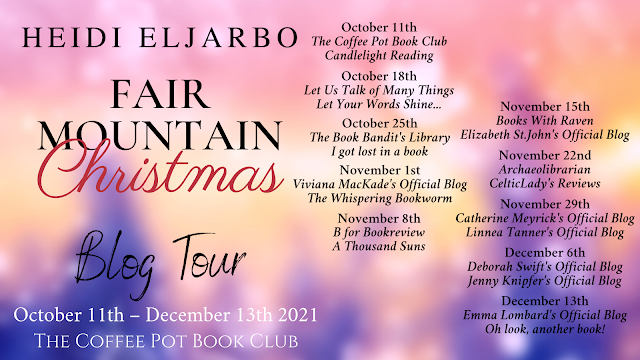