The Timeless Allure of Fairy Tales
It is my very great pleasure to welcome romance - fantasy author, David Meredith 🎵 onto the blog  🎵 to talk about Fairy Tales. 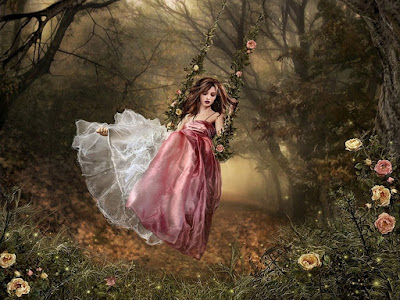 A poor battered girl overcomes her abusive upbringing to find love and happiness with a kind and affluent man. A destitute young boy boldly claws his way out of poverty and defeats an oppressive tormentor to achieve greatness and plenty. A dispirited couple, desolate at their barren existence, against all odds conceives a child that fills their lives with joy, only to be devastated when their cherished progeny is impenitently stolen away. These stories are then filled with helpful dwarves, magical legumes, and some seriously long hair, but are as familiar as anecdotes we might tell about our own friends and family. The above summations of the quintessential fairy tales Snow White, Jack and the Bean Stalk, and Rapunzel are hundreds of years old in origin, yet our knowledge of them more intimate than the most popular television shows or block buster movies. So whence comes the persistent allure of fairy tales?

Especially in the past ten years or so, retellings, reboots and reimaginings of these wonted yarns have become exceedingly popular in the form of televisions shows like “Grimm”, “Once Upon a Time”, and “Sleepy Hollow” or movies like “Into the Woods”, “Snow White and the Huntsman” “Maleficent”, and “Jack the Giant Slayer” just to name a few. Even in the realms of literature there are countless retellings and reworkings, not the least of which is my own reimagining The Reflections of Queen Snow White. What is it about these ancient tales that fascinates us so? What is it that keeps us hungry to hear them told and retold again and again unto perpetuity?
🎵 Into the Woods 🎵 Teaser TRAILER 1 (2014) - Anna Kendrick, Chris Pine Fantasy Musical HD


There are a couple of divergent theories on the matter. The first is that fairytales are a method of escape. With extravagant flights of fancy, impossible destinations, and magic as quotidian as the air we breathe they transport us to a world more lambent and pure than the achromatic halls and passages our weary feet tread day in and day out in the vapid, workaday world. Stark characters who are much more noble or far more dastardly than is likely in the maudlin greys and convoluted truths which compose our reality allow our imaginations to take flight and escape the earthly bonds of our humdrum, banal lives. Fairy tales enchant us, according to this view, through their impossibility and their emancipating impact on our consciousness. 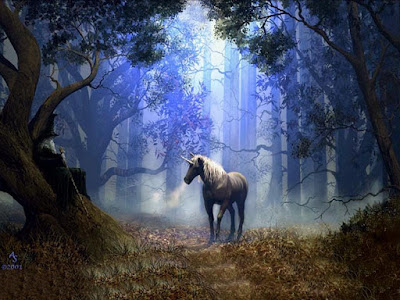 The other, antipodal supposition is rather that fairy tales are engaging because they are unequivocally, brutally true. Nations have risen and fallen into the dust of vague remembrance. Peoples and tribes have warred to triumph or defeat a thousand-thousand times, ardent in their certainty that theirs was the good and righteous struggle of all time only to be largely obscured by a fog of days that grows thicker with every terrestrial rotation of this great, lonely island of green and blue upon which we all reside, and yet we remain largely the same. Human passions, desires, and vices have not changed very much over the 20,000 years or so of chronicled history.

People struggling with poverty and marginalization still wish upon stars and dream of ameliorating their unenviable station. The ambitious, the ruthless, and the brutal still commit unspeakable atrocities of callous cruelty and jealousy and the victims thereof still discharge their anguished cries for a hero to balance the scales of justice once more. People still yearn for everlasting love and are still broken and desolate when happily ever after proves to be far more effervescent than they had hoped it would be. Fairy tales speak to us, because they address immutable truths that are an inescapable portion of the whole of what humanity really means.

Ellen Spitz (2015) asserted “The core of fairy tales seems to reach deeper—well beyond the delights and shocks caused by improbable events—towards a species of raw honesty and authenticity.” They speak to our deepest desires, darkest fears, and greatest flaws, but they are also aspirational. They provide us with examples, regardless how improbable, of how we might overcome desperate circumstances to achieve greatness and contentment in a world where such things often seem rarified and elusive. They give us hope that everything really will turn out all right in the end.

So why do we continue to be captivated by fairy tales? Why do these stories connect with so many people on a level that approaches the spiritual? - Because, they are true… and not true. They connect with us by common experience and fantastical fabrication to show that despite the hectic vexations of twenty-first century living there are still things universally shared. They whisk us away to imaginary worlds where naught but a wish and a dream can lead us to everlasting happiness, but cohere to the deepest realities of our inner being and collective experience. In the end, we continue to cherish fairy tales because they are stories about us – perhaps a more perfect us or even an impossible us, but us nonetheless - and what it truly means to be human. 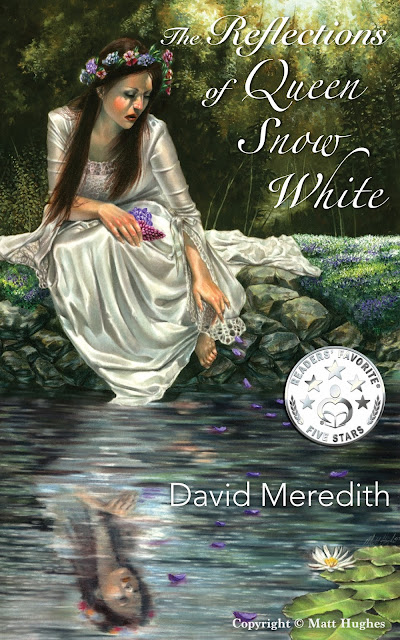 What happens when "happily ever after" has come and gone?
On the eve of her only daughter, Princess Raven's wedding, an aging Snow White finds it impossible to share in the joyous spirit of the occasion. The ceremony itself promises to be the most glamorous social event of the decade. Snow White’s castle has been meticulously scrubbed, polished and opulently decorated for the celebration. It is already nearly bursting with jubilant guests and merry well-wishers. Prince Edel, Raven's fiancé, is a fine man from a neighboring kingdom and Snow White's own domain is prosperous and at peace. Things could not be better, in fact, except for one thing:
The king is dead.

The queen has been in a moribund state of hopeless depression for over a year with no end in sight. It is only when, in a fit of bitter despair, she seeks solitude in the vastness of her own sprawling castle and climbs a long disused and forgotten tower stair that she comes face to face with herself in the very same magic mirror used by her stepmother of old.

It promises her respite in its shimmering depths, but can Snow White trust a device that was so precious to a woman who sought to cause her such irreparable harm? Can she confront the demons of her own difficult past to discover a better future for herself and her family? And finally, can she release her soul-crushing grief and suffocating loneliness to once again discover what "happily ever after" really means?

Only time will tell as she wrestles with her past and is forced to confront The Reflections of Queen Snow White.
(Disclaimer: contains some violence and sexual content)

Where can I buy this fabulous book?
Amazon.com

David Meredith is a writer and educator originally from Knoxville, Tennessee. He recieved both a Bachelor of Arts and a Master of Arts from East Tennessee State University, in Johnson City, Tennessee as well as a Tennessee State Teaching license. On and off, he spent nearly a decade, from 1999-2010 teaching English in Northern Japan, but currently lives with his wife and three children in the Nashville Area where he continues to write, teach English, and is pursuing his doctoral degree in educational leadership.
Useful links.
Author Amazon Page
Goodreads
Facebook
Twitter