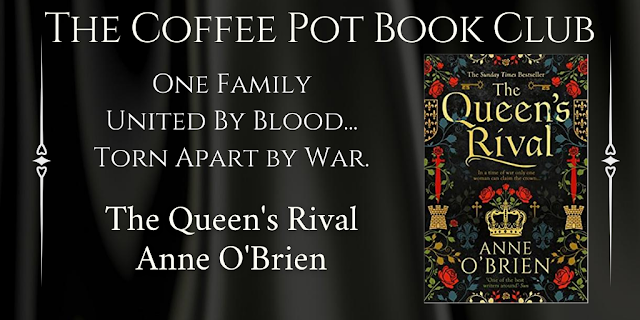 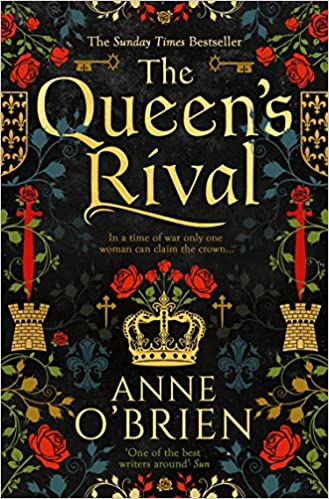 Cecily Neville, Duchess of York, King's Mother.  A formidable woman in a time of conflict…One family united by blood. Torn apart by war…

England, 1459: Cecily Neville, Duchess of York, is embroiled in a struggle to topple the weak-minded King Henry VI from the throne. But when the Yorkists are defeated in the fiasco at the Battle of Ludford Bridge, Cecily’s family flees and abandons her to face a marauding Lancastrian army.

Her men-folk attainted for treason, the Duchess under restraint, what will the future hold for her?  Cecily begins to spin a web of deceit – one that will lead to the fall of King Henry VI, and to her eldest son being crowned King Edward IV.

This is a story of heartbreak, ambition and treachery, of one woman’s quest to claim the throne for the House of York during the violence and tragedy of the Wars of the Roses.

Cecily, Duchess of York, to my youngest son Diccon, on the occasion of his seventh birthday celebrated here at Ludlow, on the second day of October in the year 1459

Today, my son, we mark the day of your birth.

You will have unwrapped your gifts by now, among them a fine dagger from your father with a damascened blade. He persuades me that you are old enough to own such a weapon. It belonged to him when he was a boy. He has the scars to prove it. Ask him to show you them when he has a moment of leisure. It is not a bauble and you should treat it with respect. I will confiscate it if you use it unwisely.

From me you will have discovered the book of stories of Greek heroes which you are now able to read. They all use their swords and daggers with care.

Enjoy the special day, with all the family here together, although you will be disappointed that the promised tournament will not happen. Your father has much on his mind with so many of our soldiers billeted in the castle and in the town, but your brothers have something planned so that the day does not go unmarked. The cook will make your favourite Payn Ragoun to be served at the end of dinner; it is the day of your birth so I will accept a little indulgence.

Remember to thank the Blessed Virgin Mary for your life and health.

Remember your duty to God and to the King, whatever happens in the coming days.

Remember your duty to your family of York.

Do not forget to attend Mass.

I have also given you an illuminated Book of Hours that belonged to me when I was a young girl. I know that you will be tempted to write in your own birth-date in the page of October. Do not do so. It is a masterpiece of clerkish work and will not benefit from your scrawl in the margins.

From your loving mother,

To my Lady Mother, Duchess Cecily, on the evening of this second day of October 1459

My tutor says that I must give you gracious thanks for the gifts, and prove that I can write well.

My father showed me the scar where his first dagger hacked into his wrist when he was skinning a rabbit. I promise I will not do that. My father said that he was too busy to show me the rest. I have not written in my Book of Hours. But one day I will. One day I think it will be important to me to mark the day of my birth. I promise I will write it neatly.

I have started to read the book of Greek heroes. I have decided I would wish to be like Achilles, to live bravely and to die well, even if I am not very old when I meet my doom.

I enjoyed the Payn Ragoun, although George ate more than I did. He says it is his right because he is three years older than I am.

I hope it makes his teeth drop out.

I have also had to hide my new dagger from him.

From your dutiful son,

Cecily, Duchess of York, to her son George

I wish to see you in my chamber immediately after Mass.

It has come to my notice that you have not yet learned the les­sons of either generosity or humility, or family affection. Gluttony, I must warn you, is also a sin.

Do not put me to the trouble of coming to find you in the stables. You will not enjoy the consequences.

Because I know that you will take heed and learn from your mistakes, I remain your loving mother.

Cecily, Duchess of York, for the immediate attention of the Duke of York

I warned you that Diccon was too young for such a gift. George is suffering from a severe attack of envy so that Diccon has already had to fight to keep possession of his dagger. They have both been blooded and show signs of battle, but our younger son has emerged victorious. He might lack the physical bulk of George but his spirit is strong.

I advise you to make no mention of their colourful afflictions when you next see them. Do not praise them for any false courage. I have dealt with the matter.

I think this will find you before I do, when you at last return to the castle.

I know that you have much on your mind and that you will say, rightly, that it is my role to supervise the education of our sons, but sometimes a word of paternal admonishing would not go amiss.

We were in occupation of one of the corner chambers in the old gatehouse keep at Ludlow Castle because it was a good vantage point from which to detect approaching marauders. Despite the lack of light and the all-pervasive reek of damp, I lit candles then unrolled the precious scroll with a flourish. It was a line of succession, drawn as a tree with thorny branches, all the way from the first man and woman on earth, Adam and Eve, enclosed in leaves and flowers in the Garden of Eden, to King Henry the Sixth, our present crowned and anointed King of England.

‘Hold down the corners,’ I said to my children.

My two elder sons already knew this lesson well, as did my elder daughters, Anne and Elizabeth, who were wed and living in their own households. Here with me were my three younger offspring. Margaret, more frequently called Meg, at twelve years was adept at reading and could work it out for herself. George at ten, and Richard, known to all as Diccon to avoid unnecessary complications in our domestic dealings, the youngest of my sons who had not yet achieved eight years, were still in the process of gleaning information on old alliances. It was time they knew of their profound inheritance. Indeed, in the circumstances, it had become an urgent affair.

George slouched over the table edge, pressing down hard with his whole hand, while Meg applied her fingertips with neat precision. Diccon had his elbows splayed along one edge, leaning close to survey the pattern of lines and names.

‘Do you see the roundels, painted next to each name?’ I pointed to some of them, the closest to us today and the most highly col­oured, all capped or crowned with gold. ‘The scribe has included a picture of each King, and his heraldic symbol so that you might recognise him.’

They peered over the document, sufficiently engrossed, even George who preferred weapons to books.

Meg placed her finger on a sword-wielding figure, two branches above. ‘That is the fourth King Henry.’

‘He was my mother’s – your grandmother Joan’s – half-brother.’ I traced my finger down from that fourth Henry to his son, the fifth Henry, and then his grandson, the sixth, our present King. ‘These Kings – all three Henrys – are from the House of Lancaster.’

‘Why is the fourth Henry the only one with a sword?’ Diccon asked.

‘Because he used the sword to slice through the branches of the tree. There.’ I pointed to the break in the branches. ‘Henry cut the order of succession and deposed King Richard.’ I watched as a frown furrowed George’s brow. ‘The fourth Henry is what we would call a usurper.’

‘What happened to Richard?’ George asked.

‘He died. In Pontefract Castle.’

‘Did Henry have him killed?’ Meg asked.

‘I wager he did. He is fierce in the picture.’ Diccon looked impressed.

‘What do you learn from this?’ I asked.

‘They are all branches of the same tree, from father to son. Except there, when the Lancastrian Kings took over.’ Meg regarded me with her solemn stare. Her eyes were forthright, her chin stubborn, her countenance often firm-lipped and unsmiling, but I thought she would grow into a handsome woman. My husband said that of them all she was most like me, and perhaps he was right. She was developing a strong will. ‘Would it have been better to keep Richard, whatever his faults?’ she asked.

‘The Lancastrian Henrys have brought us a peaceful and strong country,’ I stated. ‘Victory abroad in battles against the French. Richard may not have done so. And Richard had no son to follow him. It is important to have sons.’

‘Is our King Henry a good King?’ Diccon asked.

I regarded Diccon. My other sons would be as tall and broad and fair as the painted angels on the walls of my private chapel. Diccon would be neither tall nor broad, and his hair was the dark of a raven’s wing. He was the image of his father, who had more wiry strength than powerful muscle.

Add The Queens Rival to your ‘to-read’ list on 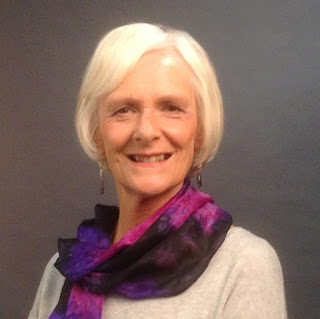 Sunday Times Bestselling author Anne O’Brien was born in West Yorkshire. After gaining a BA Honours degree in History at Manchester University and a Master’s in Education at Hull, she lived in East Yorkshire for many years as a teacher of history.

Today she has sold over 700,000 copies of her books in the UK and internationally. She lives with her husband in an eighteenth-century timber-framed cottage in the depths of the Welsh Marches in Herefordshire. The area provides endless inspiration for her novels about the forgotten women of history.