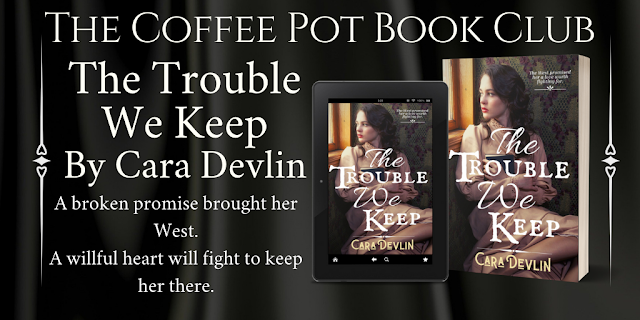 The Trouble We Keep 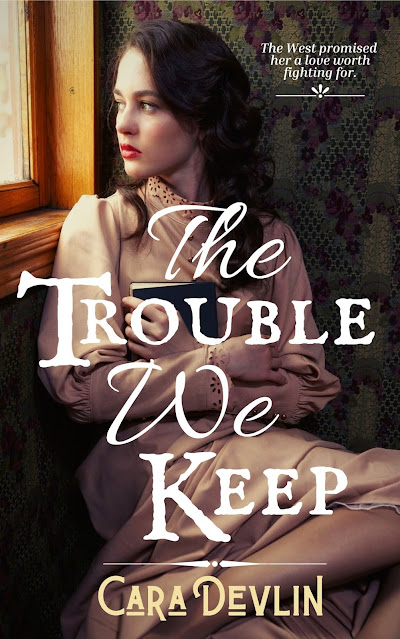 A broken promise brought her West.

A willful heart will fight to keep her there.

Newly pregnant, alone, and a fugitive from the law, Emma Wheat has run out of time.

Though her brother promised to send for her from one of the mining boomtowns out west, he never did. And now, after doing whatever it took to survive on her own—no matter how shameful—Emma has no choice but to flee on a westward train, bound for her brother’s last known location.

What she finds in Williams, Arizona only stokes more questions. Surly saloon owner Dean Morelli claims Emma’s brother robbed him and ran—and he’s not so certain Emma is any more trustworthy. But Dean isn’t all bluster and gloom. The longer Emma stays on to find her brother and prove his innocence, the more willing Dean is to show her his softer side—though her secrets continue to stand between them.

Emma knew escaping her past wouldn’t be easy. When the man she fears most steps off a train and threatens the new life she’s building, she’ll have to trust in herself, and in the kind of love she never dreamed possible, in order to face her future.

Praise for The Trouble We Keep

“Excellent writing here and tip top research … a nice exploration of the human spirit and tenacity.”
Rachel McMillan, author of The London Restoration

The Trouble We Keep

Add The Trouble We Keep to 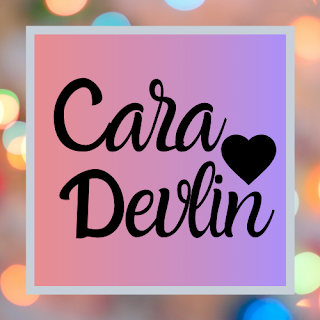 Cara is an author, history lover, and Netflix junkie. She loves to read and write across genres but has a particular fascination with historical fiction—especially when romance is involved. Her newest book, THE TROUBLE WE KEEP, is a romantic historical fiction novel set in 1901 Arizona. When she’s not writing, she’s either freelance editing, driving her kids everywhere, burning at least one side of a grilled cheese, or forgetting to fold a basket of laundry.