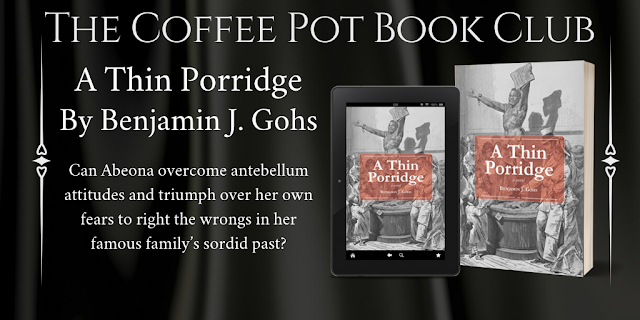 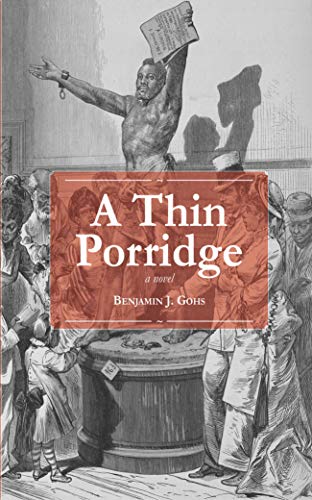 When 19-year-old Abeona Browne's renowned abolitionist father Jon Browne dies in summer of 1860, devastating family secrets are revealed, and her life of privilege and naiveté in Southern Michigan becomes a frantic transatlantic search for someone she didn't even know existed.
Still in mourning, Abeona sneaks aboard the ship carrying her father’s attorney Terrence Swifte and his assistant Djimon—a young man with his own secrets—on a quest to fulfill a dying wish.
Along the journey, Abeona learns of her father’s tragic and terrible past through a collection of letters intended for someone he lost long ago.
Passage to the Dark Continent is fraught with wild beasts, raging storms, illness, and the bounty hunters who know Jon Browne’s diaries are filled with damning secrets which could threaten the very anti-slavery movement he helped to build.
Can Abeona overcome antebellum attitudes and triumph over her own fears to right the wrongs in her famous family’s sordid past?
A Thin Porridge is a Homeric tale of second chances, forgiveness, and adventure that will whisk readers from the filth of tweendecks, into the treachery of Cameroons Town, across the beauty of Table Bay, and deep into the heart of the fynbos—where Boer miners continue the outlawed scourge of slavery. 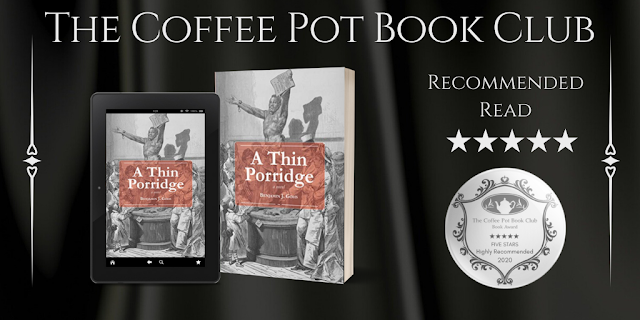 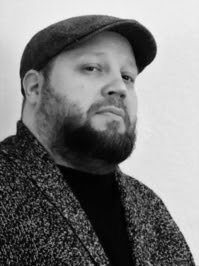 Benjamin J. Gohs writes dark literary novels about sympathetic losers struggling to survive in a hostile world.
After graduating high school in 1993, Benjamin went on to work at just about everything from cooking and auto repair to dealing blackjack and being attacked by protection dogs.
In 2003, Benjamin began freelance writing and worked his way into a full-time reporter job in 2005 which led to his first editorship.
Benjamin now divides his time between writing novels and managing the print + digital community newspaper he co-founded in 2009.
Connect with Benjamin: Website • Twitter • Goodreads.
Posted by Mary Anne Yarde at 04:00