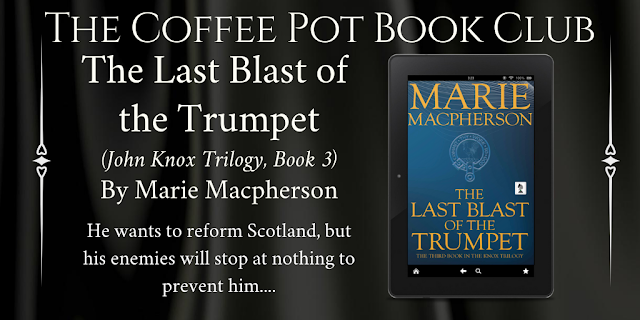 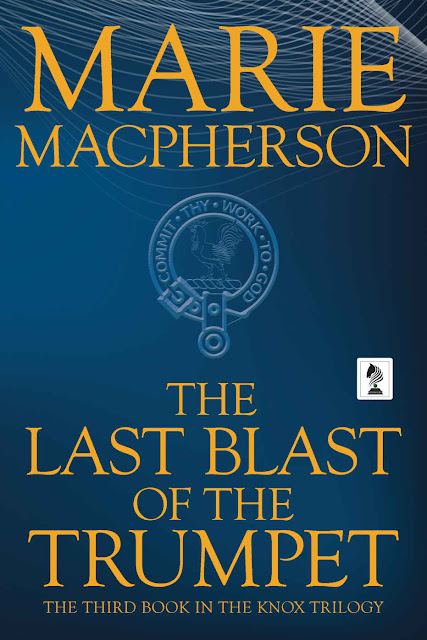 Fiery reformer John Knox returns to a Scotland on the brink of civil war. Victorious, he feels confident of his place leading the reform until the charismatic young widow, Mary Queen of Scots returns to claim her throne. She challenges his position and initiates a ferocious battle of wills as they strive to win the hearts and minds of the Scots. But the treachery and jealousy that surrounds them both as they make critical choices in their public and private lives has dangerous consequences that neither of them can imagine.

Praise for The Last Blast of the Trumpet

‘Macpherson has done for Knox what Hilary Mantel did for Cromwell.’

‘This richly realized portrait of a complex man in extraordinary times is historical fiction at its finest.’

Linda Porter, author of Crown of Thistles; Katherine the Queen, Royal Renegades; Mistresses: Sex and Scandal at the Court of Charles II.

‘Marie Macpherson has once again given us a cavalcade of flesh and blood characters living the early days of the Scottish Reformation in a complex tale told with economy and wit.’

The Parish Church of the Holy Cross of St John the Baptist, Perth, 11 May 1559

The words took flight, leaping from lip to lip, echoing round the kirk, ringing to the rafters, and striking terror into his soul. The seething mass of humanity surged forward only to be shoved back by metal-clad men-at-arms. Knox stood rooted to the threshold. The kirk was crammed full: he hadn’t expected such a crowd nor such a clamour. Panic gripped his throat and crushed his lungs.

An elbow nudged him and a voice muttered in his ear, ‘The folk have tramped from all the airts to show their support for their preachers and to await your guidance, master.’

Swallowing deeply, Knox steeled himself to follow in the wake of Sir Patrick Lyndsay’s lean, lofty figure cutting a swathe through the swarm that parted like the Red Sea before Moses. The biblical comparison inspired him. In the midst of the throng, folk stood on tiptoe, craning their necks to catch sight of him; those at the front stretched out their hands. Faces rough-hewn by the unforgiving Scottish climate glowed with expectation and excitement. His ain folk, he thought: humble hinds and herdsmen in fusty sheepskin blankets, ploughmen and draymen in worsted tunics jostled cheek by jowl with masons and skinners in worn leather jerkins and aprons, in stark contrast to the docile, dutiful gentry of his Geneva brethren. More like the Berwick horde before he’d tamed them, Knox reminded himself. He should not fear this unruly flock but seek to win them over.

‘Is thon the mighty preacher everyone’s talking about?’ a voice piped up. ‘He’s gey wee.’

Lyndsay grabbed the offender by the throat. ‘Short in stature he may be, but his voice makes the heart dirl like thunder. Afore I rip out your blasphemous tongue, shift your fat arse and let him pass.’

Cowed, the man slunk away while the rest of the crowd fell silent. Patrick, Master of Lyndsay, a blunt and fierce soldier, was not a man to be crossed.

‘Never fash, Preacher Knox, my men-at-arms will guard the kirk doors lest the priors of Perth dare to thwart your sermon. And I’ll no shrink from turning them loose on the rabble if trouble breaks out.’

Rather than inspire confidence, the warrior’s words filled Knox with foreboding. ‘I want no violence used on the brethren. We need to show that we come in peace.’ 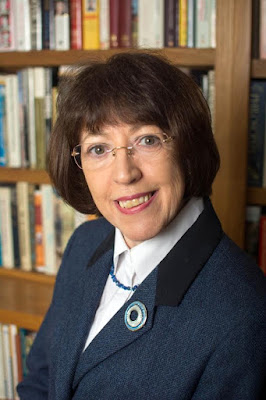 Scottish writer Marie Macpherson grew up in Musselburgh on the site of the Battle of Pinkie and within sight of Fa’side Castle where tales and legends haunted her imagination. She left the Honest Toun to study Russian at Strathclyde University and spent a year in the former Soviet Union to research her PhD thesis on the 19th century Russian writer Mikhail Lermontov, said to be descended from the Scottish poet and seer, Thomas the Rhymer. Though travelled widely, teaching languages and literature from Madrid to Moscow, she has never lost her enthusiasm for the rich history and culture of her native Scotland.

Writing historical fiction combines her academic’s love of research with a passion for storytelling. Exploring the personal relationships and often hidden motivations of historical characters drives her curiosity.

The Knox Trilogy is a fictional biography of the fiery reformer, John Knox, set during the 16th century Scottish Reformation. Prizes and awards include the Martha Hamilton Prize for Creative Writing from Edinburgh University and Writer of the Year 2011 awarded by Tyne & Esk Writers. She is a member of the Historical Writers’ Association (HWA), the Historical Novel Society (HNS) and the Society of Authors (SoA).