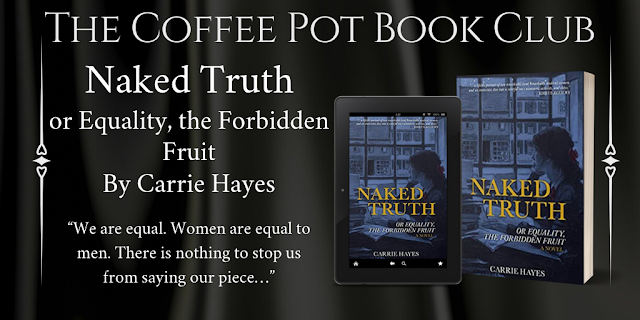 Naked Truth
or Equality, the Forbidden Fruit
By Carrie Hayes 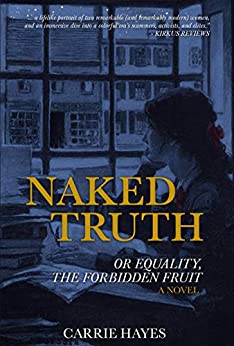 From Washington Heights to Washington D.C. comes a true American Herstory. Filled with intrigue, lust, and betrayal, this is the fight for sexual equality.

1868, on the eve of the Gilded Age: Spiritualist TENNESSEE CLAFLIN is smart, sexy, and sometimes clairvoyant. But it’s her sister, VICTORIA WOODHULL, who is going to make history as the first woman to run for President of the United States.

It starts with the seduction of the richest man in America. Next, they'll take New York City and the suffragist movement by storm, because together, Tennessee and Victoria are a force of nature. Boldly ambitious, they stop at nothing, brushing shoulders with Harriet Beecher Stowe and Susan B. Anthony, using enough chutzpah to make a lady blush.

That is, until their backstabbing family takes them to court, and their carefully spun lives unravel, out in public and in the press. 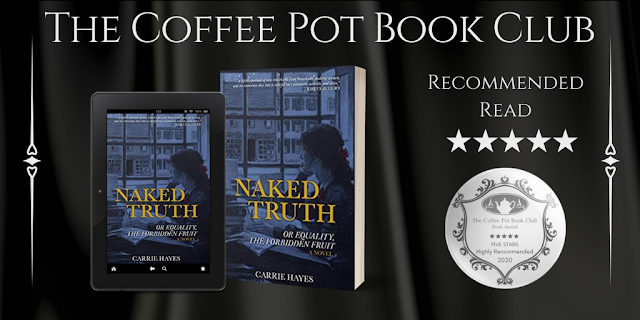 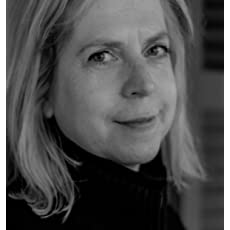 Carrie Hayes was born in New York City. She comes to writing as a result of the joy and passion derived from being a lifelong, avid reader. Carrie resides in New Jersey with her family. Naked Truth is her first book.
Connect with Carrie: Website • Amazon Author Page.
Posted by Mary Anne Yarde at 04:00