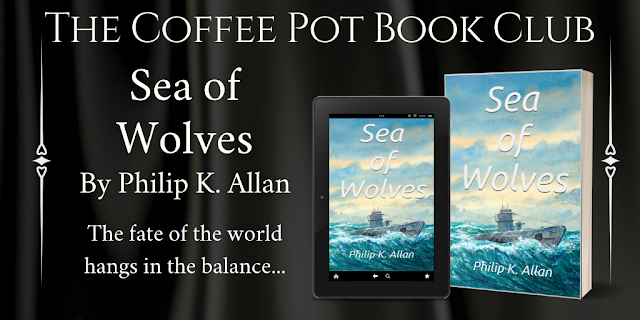 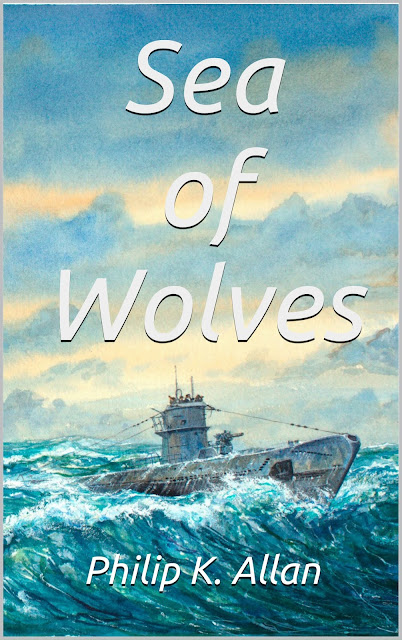 1941 and the fate of the world hangs in the balance. Across the stormy North Atlantic battle rages between wolfpacks of U-boats and escort ships fighting to protect the Allies’ vital convoys. Meanwhile teams of codebreakers at Bletchley Park struggle to penetrate the German navy’s top-secret Dolphin code, and unlock the flow of vital intelligence that will swing the battle in the Allies favour.

Sea of Wolves plots the lives of three people caught up in the centre of the battle. Vera Baldwin, a young crossword-enthusiast, lifted from her quiet suburban life and thrown into the middle of the greatest codebreaking effort the world has seen. Otto Stuckmann, the rookie commander of U70, a German naval veteran struggling with the ceaseless demands being placed on him. Leonard Cole, the newly appointed first lieutenant of HMS Protea and a man with unfinished business to resolve.

Each is unknown to the others as their fates spiral around each other, touching and twisting towards a final encounter that will change their lives forever.

‘Beats me, Ginger,’ said Ward, passing over a headset. ‘Any road, forget his nibs, and get your lugholes in these. Word is we might be busy.’

‘Word is always that we might be busy these days,’ pointed out Butcher, but he accepted the headphones and settled them into place. With one hand he reached forward to adjusted a dial. Then he angled his chair back, and closed his eyes. He seemed asleep, but Ward knew better. In reality he was listening to the cold, deep water that lay all about the ship. Closest to him was the thrum of the Protea’s twin props, as familiar to him now as his own voice, together with the brush of water flowing past the hydrophone. A little more distant was the surging roar of the convoy, constant and booming like the sound of a nearby waterfall. He let his mind drift away, tuning out those sounds and listening for what else might be there, moving in the blackness. He could sense the echoing vastness of the ocean all around him, stretching down to unimaginable depths where the light of day never ventured.

‘Anything?’ whispered Ward. He was the senior of the two, but had long since realised that the apprentice was far more talented than the master. Instead he worked the plot, recording the positions of contacts on a band of paper. Through his headphones all he could hear was rushing water and churning propellers, but knew from experience that his companion could detect so much more. Butcher shook his head, and continued to adjust the dial, sweeping the hydrophone to and fro, searching the open water off to their flank, where any attack would come from. Ward settled himself a little deeper into his chair and sipped at the mug of cocoa he had brought with him. It was going to be a long night. Then Butcher held up one hand, as if about to start conducting an orchestra.

‘There’s something out there,’ he declared.

‘Are you sure, Ginger?’ asked the petty officer, fiddling with his set.

‘I reckon I heard some small props, out on the beam,’ whispered Butcher, with his eyes still closed. ‘Sub on the surface, perhaps, or maybe more than one.’

Ward listened anew, but couldn’t pick anything out from the background noise. ‘You must have the ears of a bleeding bat,’ he muttered and then he froze as her heard a double thump, as if a train wagon was being shunted in a nearby goods yard. Moments later came the faintest of whines.

‘Fish in the water!’ yelled Butcher. ‘I told you it were a bleeding sub!’ 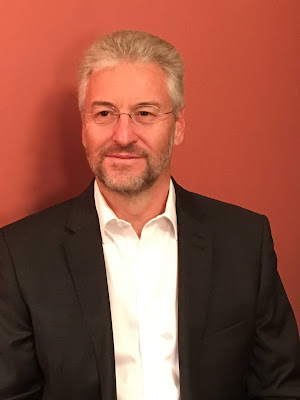 Philip K Allan comes from Hertfordshire where he lives with his wife and two teenage daughters. He has a passion for ships and the sea, having studied maritime history as part of his degree from London University. He is a longstanding member of the Society for Nautical Research, a keen sailor and also writes for the US Naval Institute’s magazine Naval History.

He is author of the Alexander Clay books of age of sail naval fiction. The first novel in the series, The Captain’s Nephew, was published in January 2018, and immediately went into the Amazon top 100 bestseller list for Sea Adventures. Since then he has published seven further Alexander Clay books. His latest work, Sea of Wolves, is his first foray into the Second World War.