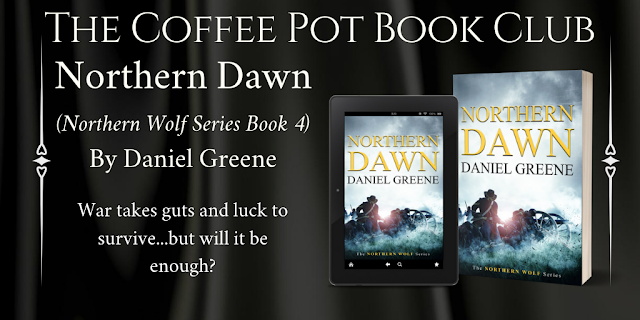 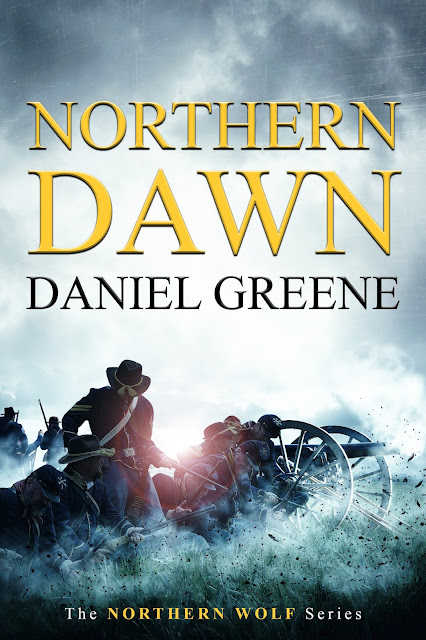 War takes guts and luck to survive...but will it be enough?

Wolf's been promoted. He's helped bring down one of the South's greatest generals. Yet his country still has more to ask of him and the costliest war in America's history rages on.

Sheridan's cavalry raids west to destroy Confederate infrastructure and divert attention from Grant's movement south of the killing fields of Cold Harbor. Yet Wade Hampton and his rebel forces have something else in store for the Union Cavalry Corps.

Wolf quickly finds himself in the hot seat of the largest all-cavalry battle of the war near Trevilian Station. Isolated and surrounded can they survive the coming Southern storm? Or will they be overrun and annihilated, a mere footnote in history?

Custer flicked his reins, and his horse followed the double-ranked line of troopers as they marched into the dark dense forest. Victory’s hooves thumped the ground. The line of blue-clad troopers staggered as they hit the tree line, not from the enemies’ stinging bullets, but from the roughness of the terrain. Snagging roots and vines snared his men’s feet. Branches and leaves scratched over faces and jackets, catching one rank to swing back and hit the next man.

More than once he had to bring his horse to a halt to prevent it from trampling the slow-moving soldiers ahead of him. Alger stumbled over a notched root. “Goddamn this wilderness,” he cursed and caught himself with a hand against a tree. Custer’s eyes ran along the wavering line of blue amongst the green forest. He could barely spot the road and only glimpses of the 6th struggling through the same rough underbrush. He glanced to his left flank. He hoped the 7th would have been able to find a way to squeeze closer to the creek, but a wet lowland forest forced them to slog in murky water up to their ankles, effectively delaying their movement. Gregg was right. This forest is a godforsaken mess. My boys can hardly keep any semblance of order.

“Forward, men!” he called out, his words holding more confidence than was warranted.

They pressed onward until the forest ridge became darker before them, almost a natural wall. Smoke hung low among the trees, a rotting egg odor in the accompanying mist. The forest held its breath. A group of his men clambered over a fallen log. A trooper slipped on leaves, tumbling onto his back. His comrades helped him upright by his elbows.

Zippppp! The shot sounded off near Custer, trailing by his head. He pushed his mustache up beneath his nose and sucked in air. That was close. He quickly drew his pistol. A ripple of fire crackles exploded along the ridge. The trees were sprayed red as balls and bullets struck his men. A man called out. Another cried for his mother. A few mounds of blue lay left behind the advancing troopers.

“There they are, boys!” Alger called out. “Return the favor! Fire!”

His double-filed line fired back, the rear shooting over the front rank’s shoulders at the same time. The men quickly reloaded in only seconds. They stood ready for the command.

The individual companies of the 5th Michigan repeated the process, and within a minute, they’d unleashed six concentrated volleys on the rebels. They enemy rested silent, clearly overwhelmed by the intensity of such quickly oppressive firepower. A volley went out from the 7th on their left. Good, those boys are in the fight. He eyed the enemy’s earthen-filled log works ahead. The silence continued to respond to his men’s attack. Perhaps they’ve run?

Alger glanced back at him. “You think they ran out of ammunition?”

“I won’t have our boys wasting ammunition on target practice.” Custer regripped his pistol. He used it to gesture to Granger sitting on a horse next to him. The young man looked about ready to faint, his face ashen with fear, yet his cheeks were still colored with heat. “Get word to Major Walker. Tell him to shift his line forward.”

“Yes, sir!” his aide said. He turned his horse, and the forest ahead of them erupted in fire and smoke fit for the depths of hell itself. The Minié balls came for them, seeking their deaths. The bullets buzzed around and through his men, an angry swarm of bees racing to defend their hive with a deadly fury. They struck all around the men. Dozens fell this time.

To Custer’s surprise, his horse screamed, rearing on two legs. He leaned forward to stay on the animal, and the mount twisted sideways. He found himself almost weightless. Don’t crush me, he thought. For a fraction of a second, he thought he might catch himself with his hand. He reached out and he collided with the hard ground. He stretched himself into a roll, throwing leaves and dirt airborne. The beast crashed onto the forest floor next to him, rolling on its back before shifting to his belly. Victory kicked his legs.

Barreling to a stop, Custer popped his head upright. The animal screamed piteously. His men fought on. None had seen their commander go down. Alger raced for him. “Autie!”

Custer puffed air through his mustache. Victory had almost crushed him. It usually wasn’t the fall, but the mount landing atop that injured man.

Ramming his sword into the ground, Alger crouched next to him on a single knee. His hands rested on his commander’s shoulders. “Are you hit?”

He gave his subordinate a brief shake of his head and spit dirt from his mouth. “They gutted the poor fellow.”

Offering him a hand, Alger helped Custer to his feet, brushing off dirt and leaves from his uniform. Victory yawned in terror, foam ringing his mouth, tongue lolling in fear. Custer bent down and scooped up his pistol. He removed leaves from his hair then ran a hand down his uniform. I will not let you suffer. He walked calmly to his mount and without hesitation shot him in the head. Smoke drifted from the barrel.

The engagement carried on. Bullets traded back and forth between opposing forces, sounding as if they were in the center of a drum competition.

Custer shook his head, staring at the dead gray beast. It was a true pity to lose such a fine animal.

“Seventh one?” Alger asked, joining him.

Custer eyed him and let out a sigh. “I believe so.”

“You’re one lucky son of a bitch, Autie.”

The dead animal lay there. It had carried out its duty aptly and full of vigor. Yet none of that mattered. It still lay slaughtered despite its noble service. The same could be said for any of his fallen men. It all came down to luck. Another few inches and that bullet would have struck him in the leg. Another foot and it would have pierced his belly. Either shot would have spared the poor animal. Yet here he stood while his horse lay dead. His luck had held once again. “Luck is only a matter of balancing between survival and disaster.” Luck was as much as a belief as it was a condition of fate. To believe in one’s destiny was a self-fulfilling prophecy.

Alger ducked as a shot struck a tree, cocking his head to the side with a grin. “That one sounded close.”

Custer eyed the rebel works. “Let’s see how lucky those boys over there are.” 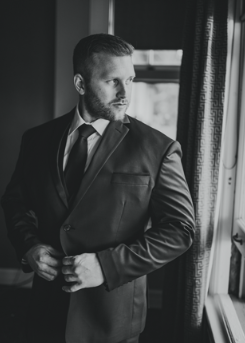 Daniel is the award-winning author of The End Time Saga and the historical fiction Northern Wolf Series. Whether it’s a saber charge in the American Civil War or a gun battle between two rival bands surviving a hellish landscape, he is known for his ability to embed every page with fast-paced action, thrilling suspense, and gritty realism.

He is an avid traveler and physical fitness enthusiast with a deep passion for history. The works of George R.R. Martin, Steven Pressfield, Bernard Cornwell, Robert Jordan, and George Romero have inspired his work. Although he is a Midwesterner for life, he's lived in Virginia long enough to consider it home.

He is a proud member of the Horror Writers Association and the Historical Novel Society.