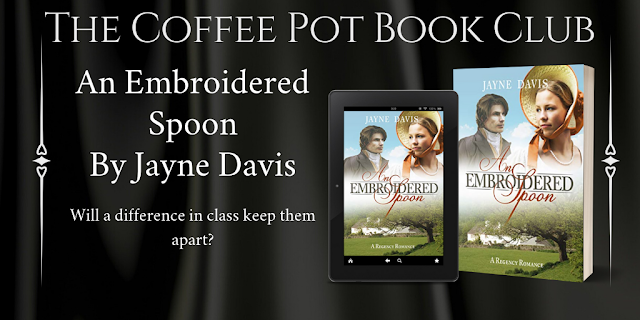 An Embroidered Spoon
By Jayne Davis 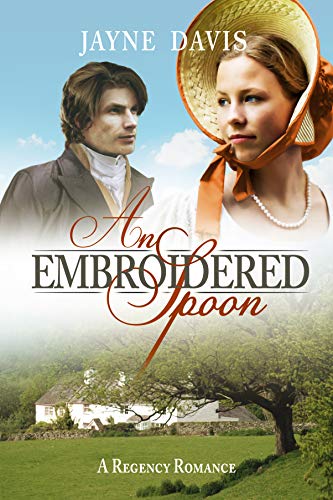 Wales 1817
After refusing every offer of marriage that comes her way, Isolde Farrington is packed off to a spinster aunt in Wales until she comes to her senses.
Rhys Williams, there on business, is turning over his uncle’s choice of bride for him, and the last thing he needs is to fall for an impertinent miss like Izzy – who takes Rhys for a yokel.
Izzy’s new surroundings make her look at life, and Rhys, afresh. But when her father, Lord Bedley, discovers that the situation in Wales is not what he thought, and that Rhys is in trade, a gulf opens for a pair who’ve come to love each other. Will a difference in class keep them apart? 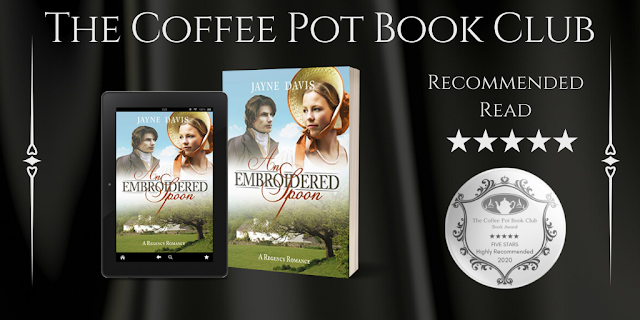 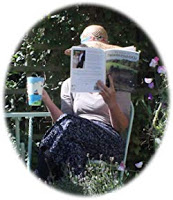 Jayne Davis writes historical romances set in the late Georgian/Regency era, published as both ebooks and paperbacks.
She was hooked on Jane Austen and Georgette Heyer as a teenager, and longed to write similar novels herself. Real life intervened, and she had several careers, including as a non-fiction author under another name. That wasn't quite the writing career she had in mind...
Finally, she got around to polishing up stories written for her own amusement in long winter evenings, and became the kind of author she’d dreamed of in her teens. She is now working on the first few books in the Marstone Series, set in the late Georgian/early Regency period.
You can find Jayne: Website • Pinterest • Twitter.
Posted by Mary Anne Yarde at 04:00