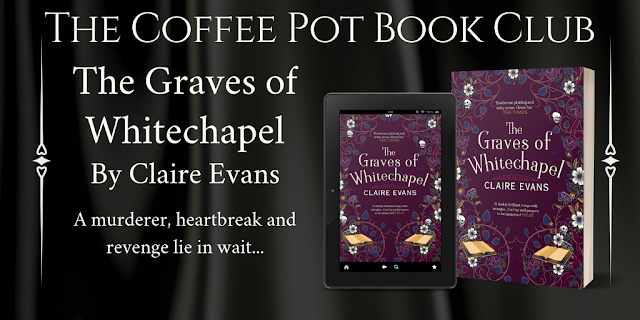 The Graves of Whitechapel 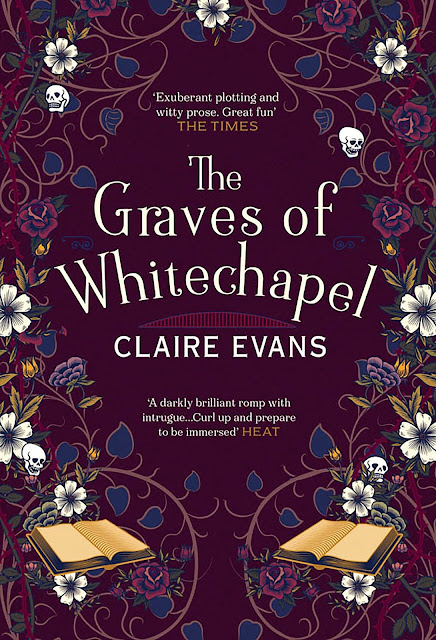 In the gripping new novel by the author of The Fourteenth Letter, a lawyer in Victorian London must find a man he got off a murder charge - and who seems to have killed again . . .

Victorian London, 1882. Five years ago, crusading lawyer Cage Lackmann successfully defended Moses Pickering against a charge of murder. Now, a body is found bearing all the disturbing hallmarks of that victim - and Pickering is missing. Did Cage free a brutal murderer?

Cage's reputation is in tatters, and worse, he is implicated in this new murder by the bitter detective who led the first failed case. Left with no other alternative, Cage must find Pickering to prove his innocence.

His increasingly desperate search takes him back to the past, to a woman he never thought to see again, and down into a warren of lies and betrayals concealed beneath Holland Park mansions and the mean streets of Whitechapel - where a murderer, heartbreak and revenge lie in wait.

Detective Jack Cross filled the doorway, silhouetted against the icy sun. Cage wrapped his arms about his chest as he shivered. ‘What is the meaning of this?’ The words sounded false even to him. The high dudgeon of a respectable man, his privacy grossly invaded.

The detective ignored his question and crossed the threshold. The constables that followed behind him seemed agitated, ready for something. This was bad. ‘Right, lads. You know what you’re looking for, so go and look.’

The three men immediately sprang into action. Two of them left the room to explore the rest of the house while the third remained in the office, opening drawers and cabinets and rifling through the contents.

Cage ran a hand through his hair. ‘You have a warrant?’

Cross snapped a piece of paper in Cage’s face before flinging himself into the chair behind the desk. ‘Light the fire, Lackmann. It’s freezing in here. We may be some time.’

The questions crowded in, but Cage knelt by the fire, aware that it was a submissive pose to strike before the dominating form of Jack Cross. Cage didn’t pretend to fight those kinds of battles, not with men like Cross, who could snap his neck like a chicken’s if he wanted to. And Jack Cross had always wanted to.

Cage took his time with the fire, making a show if it, of how composed he was, despite the stamp of boots from overhead as the search continued. Cross remained silent, too, looking pleased with himself, even though he clearly had a secret he was burning to share. Cage didn’t like other people’s secrets any more than his own. He stood up. Cross wasn’t going to spill until Cage showed an interest.

‘So, want to tell me what you’re looking for? Maybe I can help.’

‘It’s all there.’ Cross nodded towards the warrant on Cage’s desk. He wasn’t going to make this easy.

Cage picked up the paper and pulled a chair towards the fire, bumping into the constable as he did so. ‘My apologies.’ Ridiculous, in his own house, for God’s sake.

Cross ordered the man to search the small scullery at the back, leaving the two of them alone as Cage read through the warrant documentation, a licence to search the Whitechapel chambers of one Micajah Lackmann. Everything was in order, although the purpose of the search was stated merely as ‘Missing Person.’ Cage frowned when he saw the judge’s signature: Henry Jacobs. After yesterday’s win, Jacobs would not have been easily persuaded to sign this, not without just cause. Cage read the warrant once more, slowly this time, hoping a more original question would occur to him than the glaringly obvious, but it didn’t.

Cage nodded, although he had no idea why. He turned back to the fire. It was beginning to take, but he grabbed the poker from its hook and prodded the smouldering pile anyway. ‘I haven’t seen Moses Pickering for five years.’

‘I thought you’d say that.’

‘Actually,’ said Cross, leaning forward across the desk, as if he owned the place, ‘I think that’s entirely possible.’

‘Then why are you here, Jack?’ Cage looked around at the open drawers, papers dropped carelessly to the floor. ‘Did you imagine I had him neatly filed away under P?’

When Cross smiled, his mouth turned downwards. It reminded Cage just how much this man hated him. In the silence, the hate was all there was.

Cage stooped to collect some of the papers from the floor. ‘Why are you looking for Pickering?’ He shuffled the documents into some kind of order, pretending to look at them. ‘A missing person is beneath you, surely.’

Cross produced a slim envelope from somewhere within his thick wool coat and slapped it on the desk. He was enjoying laying this trail of breadcrumbs and leading Cage by the nose. Cage picked up the envelope and felt within, pulling out a half dozen or so of what must have been freshly printed photographs, the chemicals still emitting a thick odour.

Cage looked at the first one, a stark image of a small attic bedroom. He could make out a wooden floor, a stool on its side and an unmade single bed, sheets and pillows piled on top. A small leaded window cast a grid of light across the scene; the rest was in shadow. ‘What is this?’ he asked, bored of the policeman’s games now. He wanted that pot of tea, then more wine maybe.

‘Obviously. The twentieth century is on its way, Lackmann. Even at Scotland Yard.’

Cage turned to the second photograph. The camera had been moved a yard or so to the right, and now Cage could see a lower leg protruding from the far side of the bed, the foot twisted at an awkward angle. It meant only one thing. Cage stared at the photograph for some time, arranging his thoughts.

Cage needed to sit down. He returned to the fire and looked at the next photograph in the pile. A body laid out on the floor, a sheet twisted loosely around it, an abundance of fair hair obscuring the head from the camera’s position at the base of the bed. In the next photograph, the hair had been gently pulled back, revealing a delicate nose and a darkly painted mouth beneath. The camera had moved in close for this shot, leaving its tripod behind. The image was alarmingly detailed. Cage could see the open pores on the girl’s skin, and the ends of her hair beginning to fray. A part of Cage’s brain marvelled at the technology. But the other part of his brain had snagged on something in this picture of a dead young woman. Something wasn’t right. When he realised what it was, he turned quickly to the last photograph, and the truth caught in his lungs.

Before him was a vulgar close-up of the face he had glimpsed in the previous image. The blonde hair lay off to one side, replaced by short black tufts. The dark lashes, lined with kohl, cast butterfly shadows on the white skin beneath, and around the mouth, with its perfectly painted Cupid’s bow, was an unmistakable rash of barely-there stubble.

Now he understood why Cross was here, and why Jacobs had signed that warrant.

He shuffled the photographs back into the envelope. ‘You think Pickering did this?’

Cross actually laughed. ‘Of course not. Why would I connect two dead fifteen-year-old boys, found five years apart, painted like whores, wearing identical wigs and strangled to death in their own beds? What a ridiculous notion, Lackmann.’

Cross was in his face immediately. ‘Then why has the weaselly bastard disappeared, eh?’

The Graves of Whitechapel 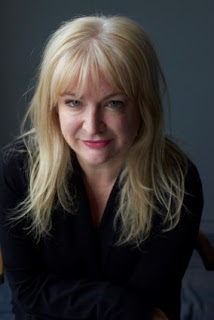 Claire Evans divides her time between writing and her job as Chief Operating Officer at Two Brothers Pictures Ltd, the television production company behind Fleabag, Liar and Baptiste.

She lives in London with her partner.