It is my pleasure to welcome Historical Fiction author, James Collins, on to the blog today to talk about the inspirations behind his latest novel...

Sol Limitis - Book One Of The Frontier Trilogy. 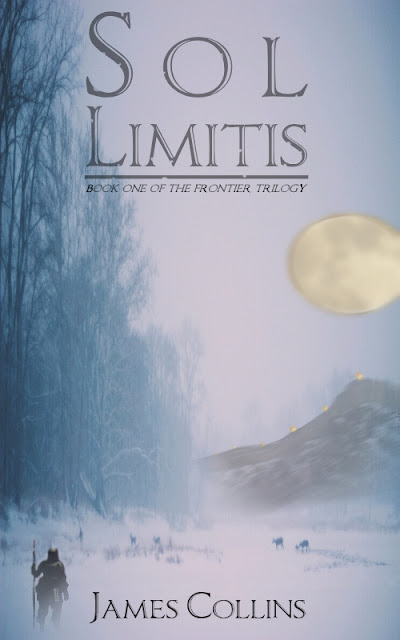 A battle-hardened soldier is sent to the frozen north of Britannia on a personal mission from the Emperor. Conducting a desperate investigation from a hostile garrison on the crumbling frontier of Hadrian’s Wall, Atellus must struggle to survive in a wild and lawless land torn apart by the death throes of an over-stretched empire.

Where did the inspiration behind your book come from?

One of my favourite books is Blood Meridian by Cormac McCarthy. A searing and brutal novel of America’s violent frontier, Blood Meridian follows the infamous Glanton Gang, a group of mercenary scalp-hunters working the US/Mexico border in the mid-C19th. It was this concept of the anti-Western which first piqued my curiosity and instigated a lengthy period of thought and research which culminated in my novel, Sol Limitis.

The key concept behind Sol Limitis was to re-create this type of revisionist Western in the frozen North of Britain; a novel which captured the extremes and brutalities of the period in a daunting and visceral manner, and which explored this notion of liminal space, investigated the concept of the Frontier and everything it entailed.

History is ripe with options for a setting for this sort of novel, but I chose a period I was already familiar with from my studies and work as an archaeologist: late Roman Britain. Even a small amount of research attested to lengthy periods of intrigue and action, hardship and depredations. The keystone notion of the Frontier was well-served by that most famous icon of the limit of romanitas: Hadrian’s Wall.

The concept of liminality, and its various permutations, drove the novel from then on: a physical front-line separating two ostensibly discrete and mutually hostile tribes (‘Romans’ and ‘Barbarians’); a cultural boundary distinguishing between two peoples; a temporal watershed marking the decline of Roman Britain and the rise of Tribal Britain; and an ethereal frontier separating Christianity from paganism. But perhaps the crux of this liminality resides in the blurring of all these boundaries: because of the physical, temporal and ideological location on the cusp of two extremes, the frontier exists as a place utterly distinct from either camp, drawing energy from both sides and maintaining its own distinct identity.

It was the concept of this lawless, broken hinterland that inspired me as the perfect setting for my novel.

Physical:
The physical frontier in Sol Limitis is represented by Hadrian’s Wall, the huge stone and timber-built fortification which delineated the limit of Roman control. It existed as a rough militarised zone fortified by garrison towns and forts. The geographical area was defined by military authority, frequent violent clashes with hostile tribes, and its separation from more ‘civilised’ bastions of romanitas such as the larger towns further south.

There was eventual fall-out from this physical and ideological separation between the Wall and the seat of the Western Roman Empire (which at the time had moved from Rome to Treves, modern-day Trier): notably widespread poverty and corruption. The travails of the local populace – military and civilian – were likely to have been incessant, and the Wall itself served as a physical reminder of this hard life: a bastion of security and, concomitantly, danger, a constant brooding character sulking in the background.

Cultural:
The northern frontier of Roman Britain separated the two distinct factions of Rome and the ‘Barbarians’ beyond. Although there were multiple discrete tribes beyond the Wall, the period in which Sol Limitis is set is the prelude to the Great Conspiracy whereby the disparate tribes united to attack their common enemy: the Romano-British.

Despite this, it is likely that the liminal zone of the frontier was home to a confused assemblage of peoples on both sides of the Wall. Most of the limatanei (the Romano-British frontier soldiers) would have shared kinship and sensitivities with the northern tribes, and once the pay, food and support of the Roman infrastructure increasingly dried up as the C4th wore on, many must have queried where their true loyalties lay. Certainly we know that the areani (roving spies working for Rome beyond the frontier) betrayed their paymasters and aided the assault against the Romano-British, and it is likely that at least some forts along the Wall openly deserted their posts and allowed the tribes to pass through to lay waste to the Roman-held land beyond.

Temporal:
The temporal aspect of the frontier is represented by the blending of Roman Britain and Tribal Britain. In the mid to late C4th, Roman Britain was rapidly sliding beyond the reach of the empire. Depleted of military, wealth and resources, Britain was subject to increasingly dire circumstances whether from political and religious purges, escalating tribal insurrections or disease and poverty. Hindsight tells us that Rome finally abandoned Britain in AD410, marking the start of the so-called ‘Dark Ages’, a migration period whereby Britain, lacking focused unified resistance, succumbed to the pressure from invading tribes: Picts, Attacots and Scots from the north and Saxons, Jutes and Angles from the East. We see this liminal period of history as a time when the sol limitis (Sun of the Frontier) of Rome is waning and the stars of the great tribal leaders (precursors to the likes of Alaric and Vortigern) are in ascendance.

Ethereal:
Celtic Christian culture has the concept of thin places, those liminal areas that straddle the border between the physical and the ethereal, linking earth and heaven, men and gods. The C4th northern frontier was at this point (since Constantius’s conversion earlier that century) attempting to be the border between Christianity and paganism. Although Christianity became embraced by increasingly hard-line emperors, these were often interspersed with rulers favourable of pagans, which led to a confused and troublesome mix. Roman culture had always been welcoming of new local religions and syncretism was its main tactic for centuries, as different religions were blended together and worshipped anew.

Despite the best efforts of the Christian emperors, Britain still remained heavily pagan, and the closer to the northern frontier, the less hold Christianity had upon the common folk. Religion was important to soldiers, and the hard-pressed limitanei of Hadrian’s Wall had little else for comfort. As such it was a key area for ongoing pagan practices to Celtic gods such as Cernunnos and Belatu-Cadros, horned gods of the land: food, fertility, the elements, war and death. This period of history was ripe for such beliefs, and arguably the Romans did not share the same concept of reality as do we in the industrialised West: for them the gods may have been as real and tangible – and occasionally as hostile - as the enemies brandishing swords beyond the Wall. The boundary between reality and mythology would not have existed for them as it does for us, and this location so far from the larger towns and settlements of Britain would have only propagated the ubiquity of the localised gods and the rituals of the soldiers’ ancestors; practices no doubt shared by the tribes beyond the Wall who were not subject to the diktats of an incumbent emperor.

In summation, the prime inspiration for my novel Sol Limitis was the concept of the Frontier – in fact the book is the first part of a proposed body of work entitled The Frontier Trilogy. The spark was ignited by a fictional portrayal of the savagery and nihilism of the historical US borderlands, and the flames spread into a tale of a broken Rome in the frozen North. Although the themes covered are weighty (the oppressive weather, the violence, the poverty) they are all united by their liminal setting in a place teetering on the edge of a cultural precipice.

The Frontier is extreme, it is an abutment against the hostile and unfamiliar, an impartial antagonist which will always, eventually, win; it is a man-made creation, a demarcation of the mind and a realisation of the self-imposed limits and predilections of a species which will always create conflict and division wherever it goes. The story of a frontier is the story of humanity in microcosm.
And for that reason, the concept of the frontier in fiction is a flame that will always be happily fanned. 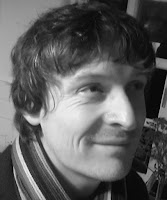 James Collins is an author, editor, freelance journalist and recovering archaeologist. Born in Stoke on Trent in 1979, he studied archaeology at the University of Nottingham and went on to work as an archaeologist in the UK and abroad. Tired of wallowing in muddy holes for a living, he survived various unsavoury menial jobs before catching his breath in the construction and renewables industries for more years than was healthy. He is currently working towards being self-employed and to be able to get paid for doing what he loves: writing. James also plays and teaches classical guitar and spends most of his spare time studying the Daoist arts.