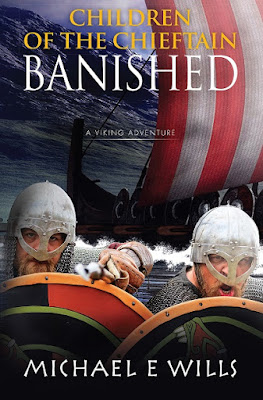 Today I have the pleasure of welcoming fellow author, Michael E Wills, onto my blog.
Many years ago, when I was working as a teacher in Sweden, I had the good fortune to buy an old wooden manor house beside a lake, north of Uppsala. I say good fortune, but in fact it was extremely dilapidated and repairs required not only all my spare time, but every krona I had to make it habitable.
The rumour in the hamlet was that the house was one of several, which through the centuries, had been built on the site of a monastery. The extensive vaulted cellars under the house seemed to support this possibility. To my eternal regret, I never had time to research the history of the building. However, the existence of the cellars did make me aware that I was living on an ancient site. This awareness was heightened when I discovered that not far away, on the other side of the shallow, small lake, were the remains of a castle. Why would anyone build a fortress by a small landlocked lake? Who lived there? How old was it? My fascination with Scandinavian history was sparked and has remained with me ever since. Eventually, my attention focused on the Viking era. I read extensively on the subject and took every opportunity to visit historical sites and museums. I recorded much of my research in diaries and vowed that one day I would use it to write a book.
It was many years before I was able to fulfil my ambition to write about the Vikings, but with family now grown up and a move into semi-retirement, in 2009 I got my chance. I was working in Weymouth that summer and became aware of rumours in the town, that the men working on the building of a relief road, in preparation for the 2012 Olympic sailing events at Portland, had made a gruesome discovery of headless skeletons on the top of the ridgeway. I followed events closely and was thrilled when Oxford Archaeology confirmed that the remains were those of Vikings who had been executed between the years 910 and 1030. What had happened? Who were they? Who had killed them? This was an absolute gift for a novelist, there had to be a story here. My interest was heightened when further research of the bones revealed that at least one of the victims had been born north of the Arctic Circle. Who lived that far north in the tenth century and how on earth had they ended up in a shallow grave in Dorset?
I decided that in order to write a book about what had become known as the Ridgeway Skeletons, I would need to do a great deal of research. As well as reading everything I could find on Viking activity on the Dorset coast, I decided to undertake a voyage in my 30 foot sailing boat to Scandinavia, to get a feel for what the journey was actually like, storms and all. A further strand in the research was a visit to Lapland to learn the history of the Sami and to try to identify whether any of them travelled with the Vikings.
Many hundreds of miles later, I published my novel, “Finn’s Fate”. The story follows three brothers from the north of Sweden who in their search for a better life, join Danish Vikings on a raid to England. And no, they don’t all get killed in Dorset! This book was followed two years later with a sequel, Three Kings, One Throne, which tells the story of Harald Hardrada, the Norwegian Viking who nearly succeeded in taking the crown of England.
More recently, I have become interested in telling children stories about the Vikings and I embarked on writing a trilogy of books for 8 to 13 year-olds. The series is called Children of the Chieftain. The first two books, “Betrayed”, (Longlisted for the 2016 HNS Indie Award), and “Banished” are now available.
And why was the fortress built by the side of a landlocked Lake? The answer, I discovered in the research for Finn’s Fate, was that since the tenth century, the land in parts of Sweden has risen up to ten metres in height. Streams and rivers have disappeared or become shallow and in the case of the castle, it had once guarded a major waterway into central Sweden, a waterway which has become a shallow lake.

Where can I buy these fabulous books?
http://www.michaelwills.eu/buy-books/ 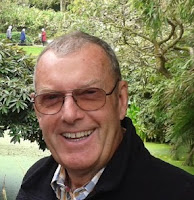 Michael E. Wills was born on the Isle of Wight, UK, and educated at the Priory Boys School and Carisbrooke Grammar. He trained as a teacher at St Peter’s College, Saltley, Birmingham, before working at a secondary school in Kent for two years.


After re-training to become a teacher of English as a Foreign Language he worked in Sweden for thirteen years. During this period, he wrote several English language teaching books. On returning to the UK in 1979, Michael and his wife started a language school in Salisbury, which received accreditation by the British Council in 1983. The school was sold to International House in 2006.
Today, Michael works part-time as Ombudsman for English UK, the national association of English language providers. Although a lot of his spare time is spent with grandchildren, he also has a wide range of interests including researching for future books, writing, playing the guitar, carpentry and electronics. He spends at least two months a year sailing his boat which is currently in Scandinavia.