Joseph of Arimathea and Arthurian Legend

Have you ever been to Glastonbury?

If you have not, then I can assure you that Joseph of Arimathea, like our beloved King Arthur, is someone you will pretty quickly become very familiar with.


Who was Joseph of Arimathea and what on earth does he have to do with Arthurian Legend? 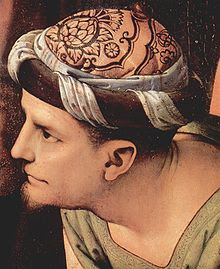 Joseph of Arimathea by Pieto Perugino

Joseph of Arimathea's story can be found in all four gospels of the Bible. This is what Luke has to say about him...


"Now there was a good and righteous man named Joseph, who, though a member of the council, had not agreed to their plan and action. He came from the Jewish town of Arimathea, and he was waiting expectantly for the kingdom of God.

This man went to Pilate and asked for the body of Jesus. Then he took it down, wrapped it in a linen cloth, and laid it in a rock-hewn tomb where no one had ever been laid." Luke 23:50-53

Joseph of Arimathea has attracted as many myths as Arthur has -- dare I say his connection with Glastonbury may well have been down to the pragmatic monks of Glastonbury Abbey  -- as businessmen, those monks certainly knew how to attract pilgrims!

Let me briefly detail the British story of Joseph of Arimathea...

"And did those feet in ancient time
Walk upon England's mountains green?"
Jerusalem by William Blake

Joseph was a wealthy merchant who travelled to Britain - more specifically to Cornwall - to purchase tin. On one of these trips to Britain, Jesus came with him -- hence Blake's famous opening line in Jerusalem.

It is said that Joseph was the first person to bring Christianity to Britain - there is much debate about whether there was any truth in this...Christianity certainly did come to Britain...but the jury is out on whether Joseph had anything to do with this. 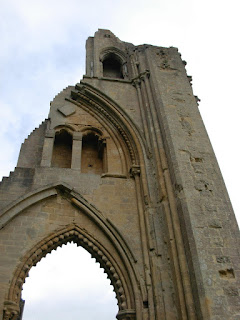 Many poets, such as Robert de Boron wove Joseph's story into Arthurian legend. This idea was cemented further when John of Glastonbury (c. 1340) - a Benedictine monk and chronicler - assembled the history of Glastonbury Abbey. Unsurprisingly the chronicles refers to Arthurian legend on several occasions. John stated that when Joseph came to Britain he brought with him two vessels. On of these vessels contained the blood of Jesus, and the other his sweat - it is interesting to note that not once is the Grail mentioned. John also claimed that Arthur was descended from Joseph and he had the pedigree to prove it??! 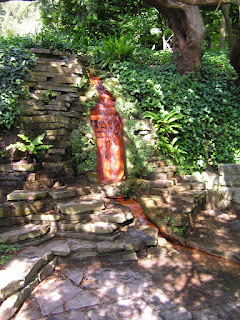 This version of events was believed, indeed Elizabeth I told the Roman Catholic bishops that the Church of England pre-dated the Roman Church in England because of Joseph's missionary work.

The legend grew and it was said that Joseph brought the Grail to Britain and hid it in a well at Glastonbury -- which is why the water has a reddish hue to it. You can visit that well today. I wrote a post on The Chalice Well a little while back. If you missed it you can read it here.

Joseph settled in Glastonbury. He was given some land by King Arviragus. 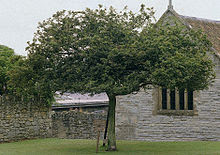 But it doesn't end there. When Joseph visited Glastonbury he thrust his staff into the ground at Wearyall Hill -- then, something amazing happened. Miraculously a thorn tree took root and sprouted from the staff. A miracle indeed. A budded  branch of The Glastonbury Thorn is presented to the Queen once a year at Christmas.

So there we have it. A very brief look at Joseph of Arimathea and his place in Arthurian legend.

Email ThisBlogThis!Share to TwitterShare to FacebookShare to Pinterest
Labels: Arthur and his Knights of the Round Table, Glastonbury Abbey, Joseph of Arimathea, King Arthur, Myths and Legends, The Chalice Well