Today I welcome fellow author, Eric Schumacher to my blog to talk about the inspirations behind his latest book, God's Hammer. 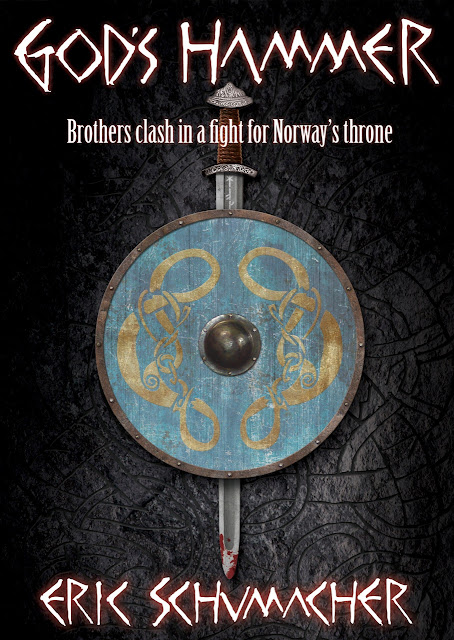 It is 935 A.D. and the North is in turmoil. King Harald Fairhair has died, leaving the High Seat of the realm to his murderous son, Erik Bloodaxe. To solidify his claim, Erik ruthlessly disposes of all claimants to his throne save one: his youngest brother Hakon. Erik's surviving enemies send a ship to Wessex, where Hakon is being fostered in the Christian court of King Athelstan. Unable to avoid his fate, Hakon returns to the Viking North to face his brother and claim his birthright. Armed with his dream of becoming the first Christian king of his father's realm, yet confronted with the limitations of his youth and the hostility of the Northmen he would rule, Hakon soon learns that victory might come only by sacrificing that which he holds most dear.

How much would you sacrifice to rule a kingdom?

That is the central question that Hakon Haraldsson must answer in God’s Hammer. It is not an atypical question for the Dark Ages. There are countless stories of warlords and kings dying in their pursuit of the throne, or dying to protect it. Yet Hakon’s story stuck a cord with me because Hakon was not the typical Viking leader.

According to Heimskringla (Snorre Sturlason’s “The Lives of the Norse Kings”), Hakon Haraldsson was born around 920 A.D in the west of modern day Norway, the youngest son of an aging Harald Fairhair, who at that time was the most powerful king in the North. Hakon’s mother, Thora Mostertang, was a “servant-maid” of good lineage, though it is unclear whether she was ever married to Harald. When Hakon was roughly eight years old, his father sent him to be fostered in the Wessex court of King Athelstan, who ruled most of what was becoming England. While fostering was commonplace among nobility, just why Hakon was sent there and not to another nobleman’s home in the North is a mystery. It is also unclear why Athelstan would accept to foster a bastard, if indeed Hakon was a bastard child. Regardless, King Athelstan did accept the responsibility and raised Hakon in the Christian faith.

Before King Harald died, he gave the High Seat of the realm to his son Erik. In the sagas he is called Erik Bloodaxe, and by all accounts, he lived up to his name. In short order, Erik killed off two of his brothers to secure his grip on the realm. Fearing for their safety, Erik’s enemies sent for Hakon, the only remaining brother with any claim to the High Seat. This much we know from historical texts.

Even if marginally true, Hakon’s story has so many of the elements of the great sagas – intrigue, bloodlust, fratricide, sibling warfare, religious fervor – yet is also filled with unanswered questions. How could a Christian boy gain enough support to rival his brother? Who supported him in his efforts and why? What did he have to sacrifice to succeed? The historical texts provide few answers, which gave me the opportunity to dream up a plausible reality.

I won’t spoil the ending, but I will say this: Hakon’s story is the tale of kings and armies, chieftains and battles, Christians and “pagans” – the gritty stuff of legend and truth as seen from the eyes of a boy who would be king. Yet God’s Hammer is just the beginning of Hakon’s journey. 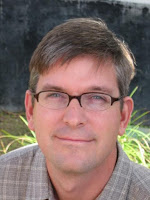 Eric Schumacher was born and raised in Los Angeles with an inexplicable passion for Dark Age history and writing. As a 20-year veteran of PR, marketing and copywriting, Eric has told the story of numerous companies, products and individuals. God's Hammer is his first novel. For more information on his recent endeavors, follow him at @DarkAgeScribe or here: http://amzn.to/20TAJUG.