Today I welcome The Sunday Times best seller, Anne O'Brien, to talk about the inspirations behind her latest book. 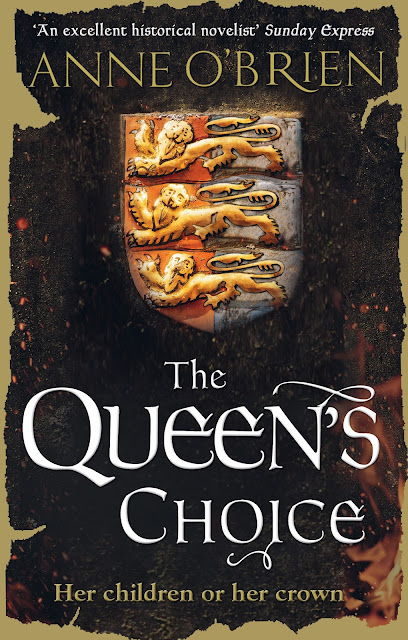 'O’Brien cleverly intertwines the personal and political in this enjoyable, gripping tale.'  - The Times

Her children or her crown

France, 1399: The Duke of Brittany is dead and his widow, Joanna of Navarre, has inherited the Regency over their land – a testament to her intellect, integrity and political prowess.

Then comes an unprecedented proposal from Henry IV, King of England. The price of becoming his Queen? Abandoning Brittany, leaving her children and sacrificing her independence.

Henry's hold on the crown is unsteady and war is brewing. With the constant threat of rebellion, Henry will trust no-one – not even his new Queen. Crossing the channel is a dangerous prospect. But the union between Joanna and Henry would bring the chance of a vital alliance between two proud states – if they will allow it.

One question. Two paths. A choice that will make history.


The Lot of Medieval Women

What was it that inspired me to write about women of the medieval English Court in general and Joanna of Navarre, in my recent novel The Queen's Choice, in particular?

It was in answer to this question: why is it that so many medieval women have remained almost invisible, while the sins or exploits of their husbands are legendary?  King John is notorious but few would claim to know much about Isabelle of Angouleme.  Richard II, is brilliant, usurped and tragic, thanks to Shakespeare, yet Anne of Bohemia hardly makes a mark, and even less Isabelle de Valois (although she was only six when she became Richard's wife which will account for much).  Edward I, Hammer of the Scots, built castles and led his armies.  Who can relate more than the basic facts about Eleanor of Castile, other than the romantic tale of Eleanor Crosses erected by her grief-stricken husband.  Which probably says more about Edward than it does about Eleanor.

Even women from aristocratic families, or with scandalous connections, fare little better, other than the salacious details of the scandal.  Alice Perrers, mistress of King Edward III, has come down through history with a particularly bad press, but so little of her life is underpinned with evidence.  Even her name comes from an early short-lived marriage.    Elizabeth of Lancaster was the younger daughter of John of Gaunt and Blanche of Lancaster but apart from the scandal attached to her name, she has almost vanished into the mists of time.  Joan of Kent, notable for her clandestine marriages, is clouded in 'possibles' and 'probables'.

As Virginia Wolfe once said: 'For most of History, Anonymous was a woman.'

Were these women so lacking in authority, in influence or even in intelligence?  Were they uneducated, fit for nothing but to be decorative witnesses to the daring or desperate ventures of their husbands?  The impression is that they remained solar-bound, waiting for their menfolk to return from war, plying a needle as they sang and prayed and gossiped in a feminine world.  I could not believe that this was the truth.  It seemed to me improbable that these medieval women should have nothing to say about what they and their regal husbands were doing.  How could they be mere onlookers, with no opinion of the people and the political goings-on around them?

So why are they so difficult to rediscover?  The answer is simple enough.  They are silent because they lived in a man's world, written by men, about the feats of men.  Women are given no voice, not even royal women, except for the very few, such as the infamous Eleanor of Aquitaine whom it was difficult to silence, yet even she was incarcerated by an enraged Henry II for stirring rebellion amongst their sons.  Women are recorded for us in their relationships with men: a daughter, a sister, a wife.  Thus our medieval women, even those with status, are skeletons without flesh, two dimensional in their lack of character, without even a physical description since medieval portraits are rare.  The few women who leave behind some idea of their thought processes are those who write,  frequently women who have taken the veil, such as Julian of Norwich, or remarkable authors such as Christine de Pisan and Margery Kempe.

For this reason, I decided to shake the cobwebs from some of these women, fitting them into the historical context in which they lived.  Anne Neville into the years of the War of the Roses, a pawn in the game of marriage and power-brokering.  Alice Perrers who proved to be just as ambitious and manipulating as we might expect but also the smart business-woman of the fourteenth century.
Katherine de Valois, a political bride for Henry V who managed to snatch some happiness with Owen Tudor in her tragic life.  Katherine Swynford whose liaison with John of Gaunt was so much more than a light-hearted love affair, bringing with it the taint of sin and massive disapproval.  Elizabeth of Lancaster whose marriage to John Holand dragged her into the depths of treason with husband set against brother.  How much these women had to say, when given the opportunity to do so.

And most recently in The Queen's Choice: the Queen of England who proved to be more invisible than most is Joanna of Navarre.  Who has even heard of Queen Joanna of England, who in 1403 was invested as Queen Consort in Westminster Abbey, with crown and sceptre, as wife of King Henry IV?  A remarkable woman, regal from her toes to her fingertips, she was daughter of King Charles II  (the Bad) of Navarre and Joan de Valois who was a daughter of King John II (the Good) of France.  Through this pedigree Joanna was related to almost every important family in Europe through either blood or marriage.  Wife of the Duke of Brittany, she became Regent for her young son on her first husband's death.  Yet Joanna is fortunate if she manages more than a few paragraphs in most history texts.

The research to discover Queen Joanna, to breathe new life into her, proved to be exhilarating.  Unpopular as a Breton by  her first marriage, accused of greed over her extortionate dowry, she soon came under attack for her extensive Breton household and her suspect opinion on English foreign policy.   But what more is there to say?  Delving into the dark political issues of the reign of Henry IV  gave real depth to Joanna's world.  What a troubled reign it was, with insurrection, civil war instigated by the mighty Percy family, Welsh rebellion under Owain Glyn Dwr, all exacerbated by a king who was a usurper.  Here were the issues faced by Joanna, the malice-laden motivations of those around her, not least in her new marriage with its unforeseen loyalties.  And then there was the accusation of witchcraft made against her in the reign of Henry V, resulting in her incarceration for three years in Leeds Castle.

Here was the essence of her story.   The research was done, the facts closely-honed, the character of Joanna of Navarre developed so that she was able to emerge, in The Queen's Choice, from her footnote in history.  Never again can she and her medieval sisters be swept behind the arras.

I think that it is a task worth doing, and I enjoy the outcome.  I hope that you do too.

Where can I buy a copy of this fabulous book?

Also available at WHSmiths and Waterstone's. 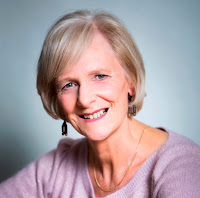 Anne O'Brien was born in the West Riding of Yorkshire. After gaining a B.A. Honours degree in History at Manchester University and a Masters in Education at Hull, she lived in the East Riding for many years as a teacher of history.

After leaving teaching, Anne decided to turn to novel writing and give voice to the silent medieval women who fascinated her.

Today Anne lives in an eighteenth century cottage in Herefordshire, an area full of inspiration for her work.