#BookReview — Your Origin and Destiny: Explore the Meaning of Life, Time and Creation by Ivan Rudolph #Christian #SpiritualGrowth 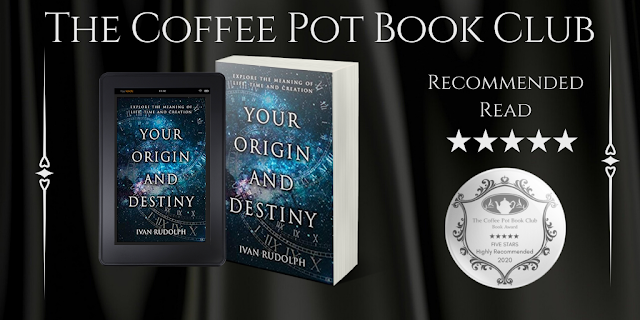 Your Origin and Destiny:

Explore the Meaning of Life, Time and Creation 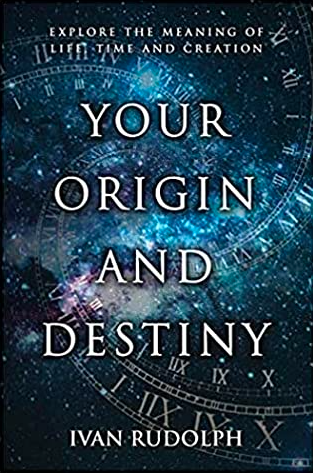 Your Origin and Destiny explores the meaning of Life, Time, Evolution and Creation. Do you ever wonder who you are and why you’re on this Earth? Harnessing science and faith, author of Living Beyond: Making Sense of Near Death Experiences (2015), Ivan Rudolph, offers unique revelations and research that will lead to you expanding your own perspectives in all these areas, even if you have thought them through in the past. You’ll find that Time itself is different and far beyond our assumptions and experiences. Finding answers to life’s most pressing questions will leave you touched, satisfied and excited.

Have you ever wondered whether the fundamental Evolution vs. Creation disagreements can be resolved? They can, and Rudolph analyzes why our own beginnings are entrenched in this issue and how the confusion and distress of this debate has caused many to abandon belief in an eternal God and an afterlife.

This easy-to-read book, Your Origin and Destiny, is a unique and poignant approach to life’s most important questions. You will be inspired by your fresh understanding and vision to pursue a fulfilling life of purpose and love, leading you into an eternal future. Most importantly, you will see yourself in a vibrant new light that will follow you long after the last page. 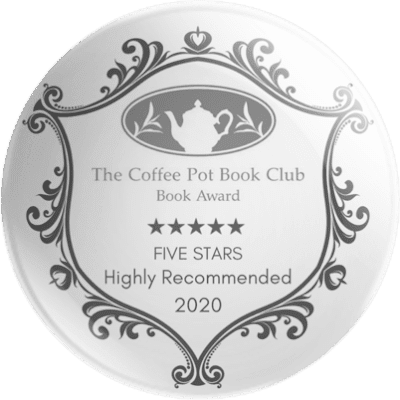 “Be prepared to change everything you thought you knew about Creation, Time and Evolution.”

Your Origin and Destiny: Explore the Meaning of Life, Time and Creation by Ivan Rudolph is a book that I was very much looking forward to reading. I did not know quite what I was going to get from this book, but I was hoping for some clarity, a reason to hope that perhaps when one died, that wasn’t the end. And that is precisely the kind of book that Rudolph has delivered. Not only does he explore in great detail Near Death Experiences (NDEs) but he also tries to unravel the mystery of Time and the somewhat controversial subject of Creationism.

Rudolph really challenges the very concept of our understanding of what Time is in this book. The Bible states that God created the Earth in seven days, but Rudolph points out it does not state seven Earth days. Thus, he challenges us to think about what Time actually is, how it works, and why it might be different in Heaven, or the cosmos, as it is on Earth. This is not a new concept, and this idea is believed in various branches of Christianity, and it is one I have come across many times. However, Rudolph also challenges the idea that after the seventh day, God stopped creating. He states that throughout the ages, there have been witnesses to miracles that cannot be explained by medical science. Does this mean that if God is performing miracles, then he has not, in fact, stopped creating? Perhaps the seventh day was just a day of rest, and like the majority of us, He went back to work on Monday!

Rudolph also explores in great detail how Time is described in the Bible with his Two-State Process. He uses Isaiah 53:5 as an example to explain his theses. In this particular scripture, it suggests that the crucifixion and resurrection of Jesus had been as Rudolph elegantly states “a done deal”. So, does God in Heaven credit "...an event to have happened already when he decides it in Heaven and scripture records…” and therefore was Jesus’ life and death already decided before the Creation? Rudolph says, yes it was. So, what does that mean for us? Does God have a plan, a date in which we too will die? But we have free will, one may argue, so it is in our power to choose a different date for our passing than the one God has chosen for us, if we so wished it. This book does not answer all the questions one might have about a preordained life with a beginning and end date, but it does make one pause and think about life, death, and what that means on a very individual basis.

One might argue that the Bible from its original origin has been translated in such a way that one takes from it things that are simply not there, but Rudolph goes into great detail about why he thinks that the Two-State Process not only works but is staring us right in the face. Although the Two-State Process sounds, on the face of it, very complicated, Rudolph has explained his ideas with very easy to understand language. This book is not a dry read. One does not need a PHD in Theology to understand it, which I think adds to its appeal.

I was particularly looking forward to Rudolph's understanding and explanations of Near Death Experiences. The Near Death Experience is the only spiritual experience that we have a chance of examining in a scientific way. Of course, there are the sceptics who think that NDEs can be explained in medical terms — Temple Lobe Seizure, Oxygen Deprivation, Hallucinations, or, to put it very simply, a blatant lie told by attention seekers. With a careful, yet lucid account of first-hand testimonies, Rudolph explores a phenomenon that is widespread across the world and consistent in the telling. All of the stories that Rudolph uses for his examples describe a consciousness that is in no way connected to the physical body — a disembodied spirit that is still conscious. The human brain may be a physical system that instructs the body on how to process certain situations and to react accordingly, but Rudolph states that when we look at those who have experienced NDE, it is actually a Biblical experience that they have had and not a scientific one. Rudolph explores how those who have experienced NDEs are changed, usually for the better, from their experience.

Rudolph does explore the agony that people who have experienced an NDE had when they were mocked and ridiculed because one cannot understand the experience unless you have experienced it yourself. Likewise, Rudolph states that those who have heard God speak to them directly must be careful as to who they tell. He also asks his reader to be wary of Satan and his demons, whose mission on Earth is to mislead. However, what this book doesn’t do is scare the reader. If anything, it gives hope which I thought was rather refreshing. This is no damning sermon, and it certainly does not leave a bitter taste in the mouth.

Your Origin and Destiny: Explore the Meaning of Life, Time and Creation by Ivan Rudolph is a book that opens the mind but also offers comfort and hope for those facing death or are struggling with the loss of a loved one. I thought this book was absolutely fabulous from start to finish, and it really made me stop and think. It is certainly a book that deserves to be read, and then read again.

Your Origin and Destiny 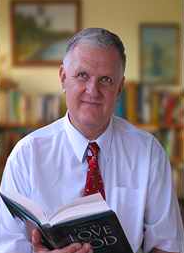 Ivan is an Australian author coming originally from Africa, where one of his early books was turned into a movie. He has recently signed another movie contract for “John Flynn”, the heroic Australian founder of the famous Royal Flying Doctor Service. This latest book, and his previous one “Living Beyond: Making Sense of Near Death Experiences” are themed books dealing with many true life events and not suitable for another movie, BUT “Living Beyond” has already helped many readers who have sent Ivan emails of thanks – and this book will be no different.
Ivan is happily married to Brenda. They have four super children and now six grandchildren and counting.