Check out Patricia Furstenberg's fabulous book — Silent Heroes: When Love And Values Are Worth Fighting For #Military #Thriller @PatFurstenberg 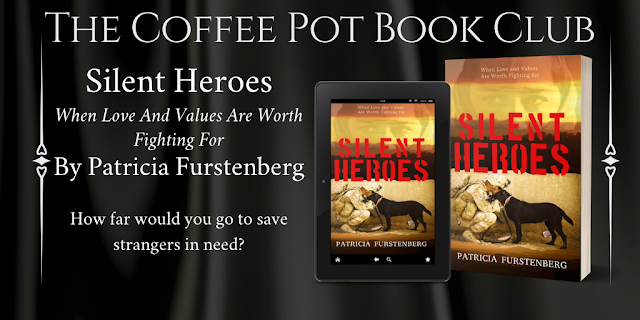 When Love And Values Are Worth Fighting For 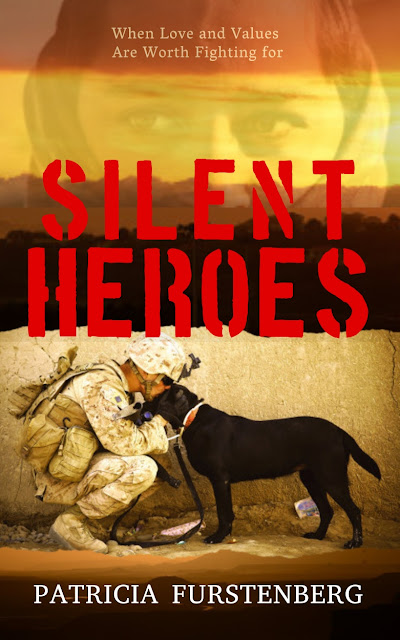 How far would you go to save strangers in need?

An educated woman makes the ultimate sacrifice to teach girls to read. The lives of the daughter and son left behind become intertwined with those of the U.S. Marines and their military dogs. But the Taliban is infiltrated everywhere and is hard to differentiate between friend and foe.

What if everything you knew about history was wrong, each group partaking writing its own version? Discover the fate of the Marines deployed in Afghanistan; climb the breathtaking Hindu-Kush Mountains to witness the whispers of the Taliban; dive in the belly of ancient Qala-e-Bost fortress in the midst of battle and experience the rich culture of the Afghan people.

Silent Heroes is an emotional rollercoaster of a read, a page-turner with a vivid sense of the place, history blending with politics examining war from a different perspective. Which one is true?

This utterly thrilling war fiction inspired by true events was written by a Historical Fiction bestselling author and chosen One of 5 Books Everyone Should Read in Their Lifetime.

An old man, with paper-thin skin as wrinkled as the first affectionate letter draft of a frustrated lover, slowly approached them. Solemn eyes, watchful, yet a serene look on his face. His clothes, although clean, were worn and sun-yellowed. Conde could spot the knee-wear at the front of the man’s kameez. A pair of piercing blue eyes, vivid and alert, measured them from underneath a neatly folded headdress.

‘As-salāmu ʿalaykum.’ He bowed slowly from the waist, his brown palms pressed together, two make-shift wooden crutches tucked between each arm and his torso.

Seen in such proximity his hands were a stone sculpture in red marble, the marble of Turkey and Iran, calloused and raw, like they had worked for him all his life, twice as hard. What kind of a life had this man known? Through how many wars had he lived while tending his garden?

The soldiers half bowed, in respect. Honda laid her head on her front paws and offered a sigh of pleasure, in the cool shade.

The man swiped his left hand across the garden. Conde guessed that the man’s left leg was the good one.

‘This, our garden. Fruits, greens, for healthy children.’ His voice sounded firm but pleading.

‘It is beautiful,’ Dunn said.

‘You are a very good gardener,’ added Conde and he drew a grid in the air with his hand; the garden’s floor plan. The old man’s eyes shone with pride. And something else. Surprise? Hope?

A small brown head sprouted at the left side of the man. Hair parted in the middle, two pigtails plated tightly, to hold. Two eyebrows pencilled straight above big, brown eyes that spoke of a beautiful soul, at home in the middle of this patch of man-made nature. Eyes that searched his face with a maturity beyond her age. Eyes that knew the intense suffering of an animal at the hand of human cruelty. Yet she smiled and her pink cheeks offered him two dimples and a strand of pearly whites.

‘The vegetables were helping,’ thought Conde.

In her hands, the girl held a woven basket filled with mulberries.

‘Our mulberries,’ explained the old Afghan man proudly as he waved towards the trees lining the sides of their hidden garden.

‘This is the land of Brobdingnag and I am Gulliver,’ said Tweedledee.

‘You’re Gullible for sure,’ replied Tweedledum. ‘These are red mulberries, Afghan ones, they are so sweet. Have some,’ he said while extending his arm past Conde and picking a fruit as long and as thick as his thumb. A myriad of tiny luscious beads in shades of berry red, sangria and mahogany, even wine-red, were holding tightly together like a bunch of nuns caught undercover.

The old Afghan man smiled and, repositioning his crutches, retreated to a wooden bench leaving space next to him for the remainder of the soldiers. Dunn joined him, the sweetness of the fruit fresh on his tongue. Conde chose to sit on the earth nearby, his hand stroking Honda’s fur. The dog lifted her head, licked the soldier’s hand then placed it on his knee, groaning in joy. Only Dunn noticed Conde’s jaw tightening in pain as the Marine looked down towards the dog’s head. Honda’s crown had almost the same shade of black as Xena’s, with the difference in the lengths of the hairs. 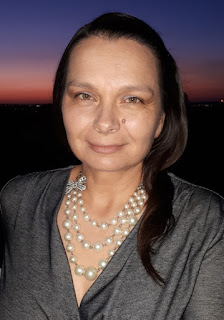 Patricia Furstenberg is a multi-genre author who grew up in the Eastern Block, which might explain why she found herself drawn towards history after completing her Medical degree.

Silent Heroes is her 13th book and her first work of adult fiction. Like in many of her previous writings Patricia had to include at least a dog among her characters.

Not many know, but Pat discovered that her medical studies came in handy while writing Silent Heroes. She also observed a séance during her teen years. Perhaps she will use that experience in her next book, inspired by Romanian folklore and medieval history.