Middle Grade author, Amy Bearce, is taking a look at the sweetest of traditions — the love lock. There is also a chance to check out Amy's fabulous new book — Paris on Repeat @AmyBearce 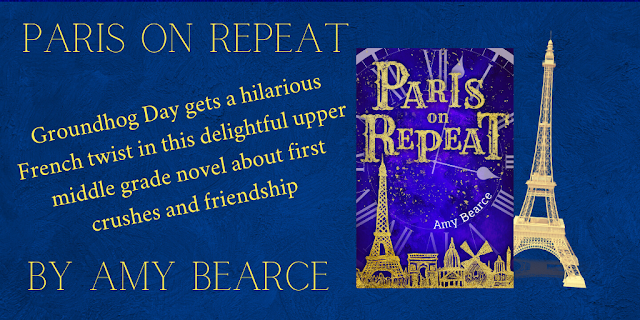 Have you ever thrown a coin into a wishing well? Avoided stepping under a ladder? Knocked on wood? Humans have created many traditions or rituals to follow across cultures and time, in an attempt to control their futures. One of the more recent traditions, and one of the sweetest, is the tradition of the love lock.

A love lock is a padlock that is secured at a certain location by people in a romantic relationship, usually inscribed with their initials. People often lock a padlock through the railings of bridges or on gates, but the locks can be attached to anything. The keys are then thrown away. The locks are a symbol of commitment and love. The idea is that the couple’s love is ‘locked’ into place forever. 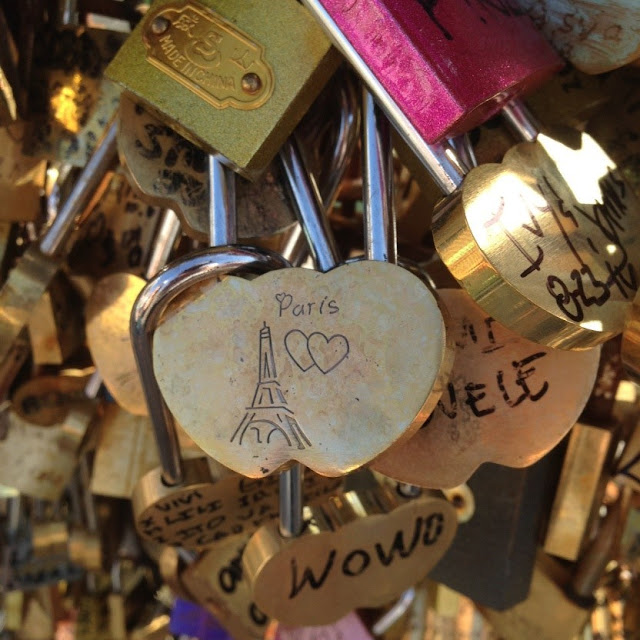 There are varying stories about the origins of this tradition, from Serbia to China to Rome. But what is certain is that they became popular in Europe in the 2000s, exploding in popularity after their inclusion in an Italian young adult novel-turned-film. One of the most famous places to use a love lock is in Paris. For years, couples left their locks behind on the Pont des Arts bridge and threw their keys into the Seine River.

Unfortunately, the weight of the locks became dangerous and the city had to take down the railings. They put plexiglass up instead. But the tradition persists. Now you can find lock-covered-railings at the end of the Île de la Cité, among others. 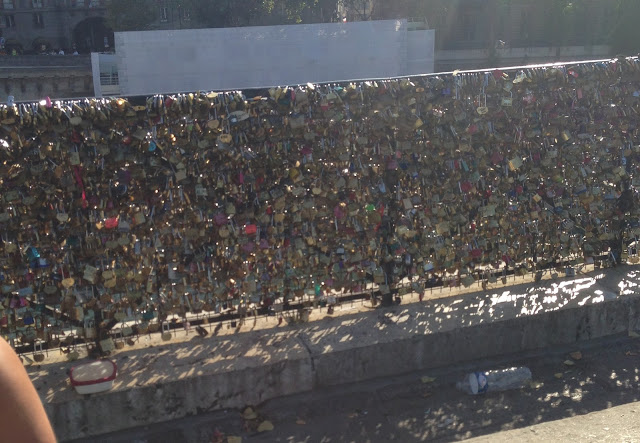 Despite their popularity, the locks are generally considered pollution by cities and have been banned in some areas, like on the Eiffel Tower. 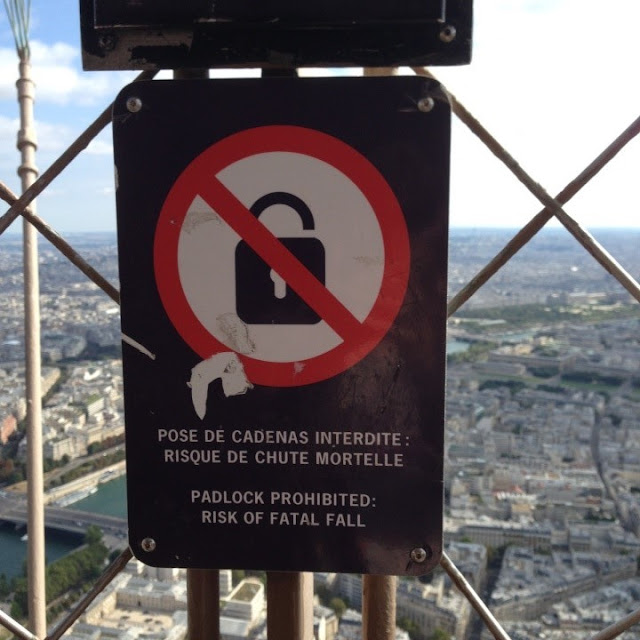 Yet the love locks continue to appear around the world. Amsterdam. Rome. Barcelona. New York. Some places have gotten creative. In Moscow, Russia, rather than using bridges, couples secure their love locks to man-man metal trees lining the banks of the canal. Many newlyweds pose beneath these sweetly named, “love lock trees.” 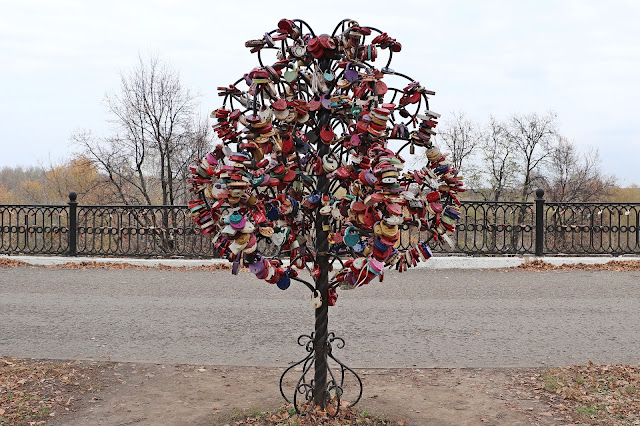 It turns out, lots of people are die-hard romantics. Currently, of course, many people are still at home right now to stay safe during this pandemic. Cities that are normally bustling with tourists are quiet and empty of visitors…but one day people will fill the squares and the streets again. And when they do, this tradition will no doubt continue. Love locks have secured their place in people’s hearts. 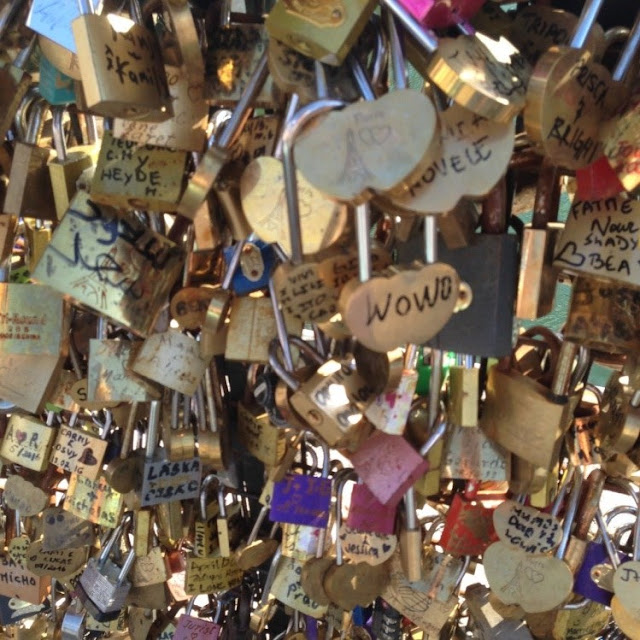 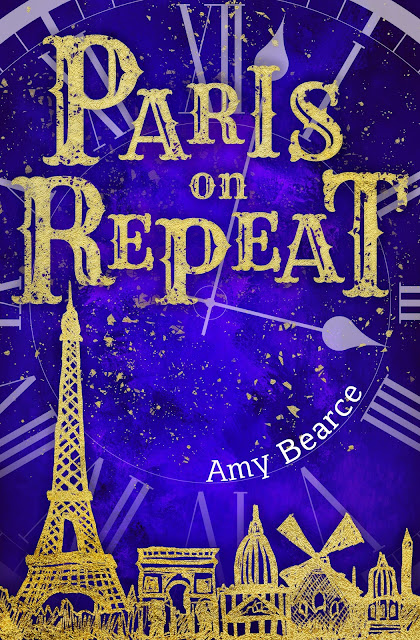 Groundhog Day gets a hilarious French twist in this delightful upper middle grade novel about first crushes and friendship when an eighth-grade class trip to Paris goes horribly wrong and the worst day of one girl’s life keeps happening over and over.

Fourteen-year-old Eve Hollis is ready to push through her fears and finally let her crush know how she feels. And what better place to tell him than on top of the Eiffel Tower in the City of Love? But things don’t go as planned, and Eve is sure she’s had the worst day of her life— until she wakes up the next morning to realize the whole disaster of a day is happening again. She’s trapped in a time loop.

Desperate to make it stop, Eve will have to take some big risks and learn from her mistakes or she’s destined to live the most awkwardly painful day of her life over and over again, forever. 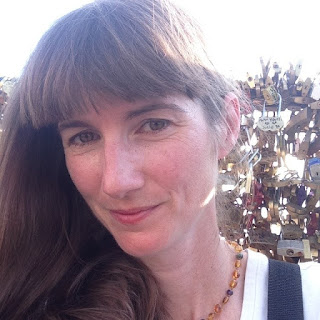 Amy writes magical escapes for young readers and the young at heart. She is the author of the World of Aluvia series and Shortcuts. Her next book is Paris on Repeat., out July 14th. Amy has never used a love lock but is a romantic-at-heart who is happily married to her high school sweetheart and lives in Texas. She lived overseas for  five years and was fortunate to travel often, which led to her new series, Wish & Wander. Paris on Repeat is book 1. Rome comes next!

You can learn more about Amy and her books at www.amybearce.com