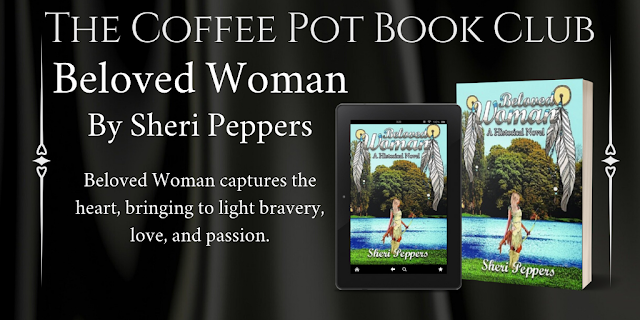 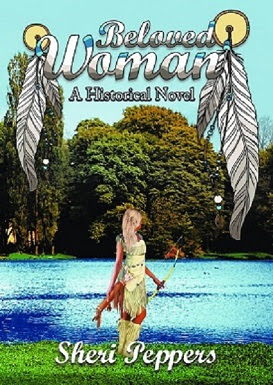 He was her rock.  But when Bryanna’s aristocratic father is brutally attacked by the Iroquois, dying in her arms, she vows to him he will be avenged.  Beloved Woman is the epic journey of a privileged young Englishwoman who accompanies her merchant father to the new world.

Thrust into the primal brutal world of the American Indian, Bryanna is transformed into a warrior amid the clashing cultures of the Cherokee, Creek, and Iroquois in the year 1705.

Bryanna and her father arrived in North Carolina from London to trade for furs with the Cherokee Indians in the Allegheny Mountains.  A campsite attack changes her world.  Her only reason for living is to deliver her father’s murderer to justice.  Nothing will stop her, especially the Cherokee Chief named Black Bear and his warriors who brings her wounded unconscious body to their town.

During dark sleepless nights and empty days, desperate thoughts of finding a way to capture her father’s killer consume her. She learns of the war women, called Beloved Woman, in the town of Toxaway. If she became Beloved Woman, her chances of finding her father’s killer would be much greater. This couldn’t be more perfect for her. She will learn the ways of the Cherokee in the great Allegheny Mountains even if it kills her.

She lifted the towel and cleansing bar from the bedroll; and climbed onto the wagon that held her clothing in a large velvet valise.  She pulled a fresh riding habit, change of clean undergarments and a small pouch concealing a loaded pistol.  Jeremiah made her slightly uneasy about the creek.  Although she would never reveal the discomfort to him, she didn’t want to be caught half-naked by some smelly stranger.  In haste she slipped the pistol between the folds of the towel and stepped down off the wagon.  No one paid any attention to her as she turned and headed in the direction of Blossom Creek.

Mountainous pines surrounded the dark body of water, unveiling an air of blissful seclusion.  The sun, still in the midst of setting, radiated enough light through the trees, and a smattering of warmth to make somewhat tepid water.

She must work swiftly, for when the sun went, so would the tiny warmth.  Copper eyes filled her mind, as she unfastened her riding habit, allowing it to fall to the ground.  A chill from the approaching night stroked her bare arms as she clamped her teeth at the cold’s sharp bite.  Her bones quaked at the iciness seeping its way through her scant undergarments.  Large muscular arms enveloping her surely would have kept her warm.

Bryanna shook her head to release the memory of that near-naked Chief in the loincloth.  If only she hadn’t seen him.  Her father would disown her for such impure thoughts.

She stepped out of her riding habit and tossed it onto the water's edge.  Working quickly, she rinsed the garment and squeezed out the excess water.  She laid it flat on a nearby gathering of large boulders, not touching the blanket of moss that covered halfway over the surface.

As she stepped into the creek’s water, the chill of it jolted her to the reality that this bath would rise to be the most torturous of her life.  She lathered the length of her slim legs and rinsed them.  Still wearing her undergarments, she dipped her body and hair into the water.  Her knees rattled wildly as she stood with the water coming just below them.  Her arms felt stiff from the cold seeping into her skin.  Her hands moved like a galloping horse, but she couldn’t lather fast enough over her undergarments and throughout her thick tresses.  Once again, she dipped into the water's iciness as it bit her flesh with a vengeance.  Her jaw clenched nearly to the point of breaking her teeth.

With the sun now almost gone, the night slowly crept through.  A crisp new breeze flowed in cold streams, whipping its way through her dripping hair.  Her teeth chattered, as she pulled her wet undergarments from her body and donned the dry ones.  She sighed in relief at its dryness pressed against her skin.  Black Bear’s high cheekbones and chiseled jaw suddenly danced in her memory.

“Oh, this must stop,” she demanded of herself, squeezing her eyes tight pushing his handsome face out of her mind.

As she placed the towel around her head, a strange snap came from behind one of the large pines.  She froze.

Her eyes grew wide as Jeremiah's warnings pierced her memory.  Looking down the length of her body, she realized she was still unclothed.  She pulled on her riding habit over her head letting the towel drop from her hair.

Another sound cracked into the night.  Her thoughts raced.  The terrifying vision of ambush rushed into her heart like a fine blade.

Bryanna knelt next to her pouch, untied it, and removed the pistol.  Placing one cautious step in front of the other, she followed the direction of the sound.  Pulling back the hammer of the pistol, she locked it into place.

Behind a tall pine, rested a group of large boulders piled high on one another.  She peered up, and against the blackness of the night sky, the outline of a dark figure sat on top.  Slowly, she raised the pistol toward the form.  She instantly faltered, realizing the difficulty of this for someone who had never killed before.  Squirming at the thought of taking one’s life, she swore something had crawled up her back and bit at her flesh.

She swallowed hard, realizing she must take her mind away from the wrenching fear.  Her index finger rested on the pistol’s trigger.  Taking in a breath, she slowly applied pressure. 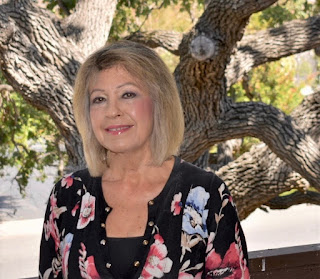 Sheri studied writing and screenwriting at University of California Los Angeles, and Moorpark College in California.  She is an avid history buff with an emphasis on the American Indian, and a former member of the Romance Writer’s of America.  Retired with an 18-year background in aerospace, she now lives in Thousand Oaks, California, where she is working on a sequel to Beloved Woman and plans for several projects.