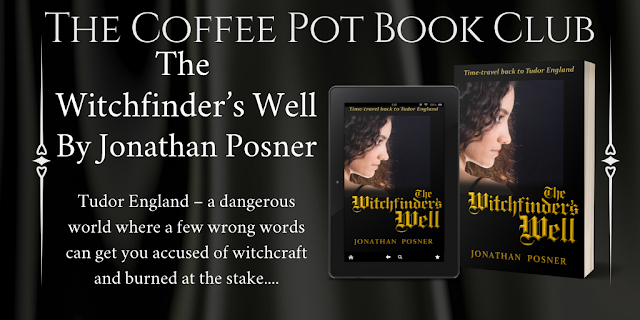 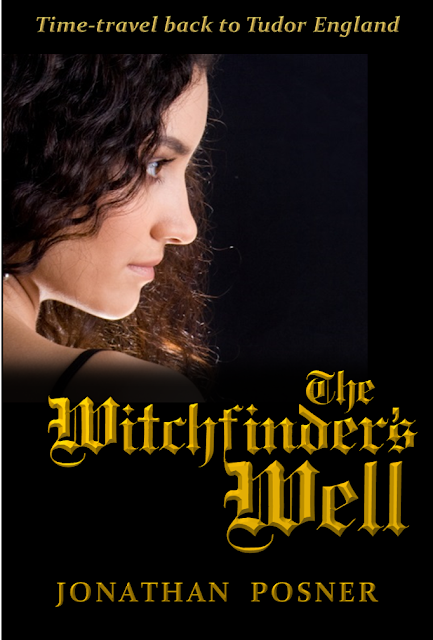 Tudor England – a dangerous world where a few wrong words can get you accused of witchcraft and burned at the stake.

So when a freak electrical storm sends modern-day girl Justine Parker time-travelling back to 1565, she quickly becomes the target of sinister witchfinder Matthew Hopkirk.

Justine must use all her cunning and ingenuity to keep one step ahead of Hopkirk. But not only must she save herself, she also has to save her new love, Sir William de Beauvais, from the early death she knows history has decreed for him.

Can Justine save herself from Hopkirk? And what if she saves Sir William from one fate, only to pitch him into another, even more terrifying?

Praise for The Witchfinder’s Well

“Bringing the Tudors to life! … an engrossing thriller with plenty of twists and turns.”

“So much has been written about the Tudors, but It's refreshing to read a different take on them. A cracking good read and well written!”

As she surveyed the royal banquet from her high vantage point in the Minstrel’s Gallery, Justine Parker twisted slightly to get more comfortable in the tight bodice of her gown.

All things considered, it was going pretty well.

An army of servants had brought exotic dishes up from the kitchens into the Great Hall and presented them to the assembled ladies, gentlemen, knights and courtiers for their appreciation and amazement.

There were dishes such as the noble roast peacock with its plumage dancing in the light, guinea fowl in a deep crusty pie and legs of mutton surrounded by mountains of peas and carrots. Fine red claret was drunk copiously from silver goblets, with the servants replenishing them from silver pitchers as they weaved around the tables.

Justine leaned on the railing of the gallery and let the warm sound of conversation and laughter wash over her; the rich hubbub of noise that rose up to the furthest corners of the magnificent ornate plaster roof. Down below her, the face of every guest was bright with enjoyment, bathed in the golden glow of a thousand flickering candles.

In the middle of the high table, Her Majesty Queen Elizabeth sat bolt upright, her bright eyes dancing round the room as the courtier to her right engaged her in conversation.

Justine admired her pale beauty, set off by her striking bodice of red velvet edged with gold lace and sparkling with a thousand shimmering pearls, together with the single flashing emerald at her neck that brought out the green fire in her eyes. Then there was her red-bronze hair adorned with its simple, elegant gold crown, framed by the high pearl-edged lace ruff that flared up from her shoulders.

With a small raise of her hand, the Queen paused the conversation with the courtier beside her and looked up at the gallery. Maybe Justine’s small twisting movement had caught her eye. She held Justine’s gaze a moment, then gave the smallest nod of her head – so small that it could easily have been missed – as if to congratulate Justine on the success of the banquet she had organised.

With a smile Justine bowed her own head and gave a gentle curtsey. The Queen nodded again, then turned back to the courtier and resumed their conversation.

In the gallery Justine smiled again, this time to herself.

Yes, all things considered, the banquet was going pretty well.

She looked down across the room, taking in the full scene. The long high table ran along the back wall under the big windows with the Queen in the centre. On either side Justine had seated her most important courtiers, looking resplendent in their richly-coloured silk doublets with slashed sleeves and fine white ruffs. Beyond the courtiers she had seated the women, elegant in their low-cut gowns, their hair carefully parted in the centre and tucked under their French hoods – a style introduced originally by Elizabeth’s mother, Anne Boleyn.

Justine’s gaze moved to the table down the left side of the room. The people here were less important and their clothes reflected this – the men wore plain doublets and the women wore their hair in simple cotton coifs rather than the more elaborate French hoods of the high table. Their behaviour was no less exuberant, if anything slightly more so, and Justine smiled as they all laughed at a joke from the jester who had been moving round the tables. His brightly-coloured motley costume consisted of a tunic split into a red half and a yellow half, while his hose had one red leg and one yellow leg on the opposite sides. In his hand was a small jester head on a stick, which he was using to entertain the guests.

From behind her came the sound of the minstrels; four elderly men with lutes playing light-hearted music that was all but lost against the loud noise of the room. Their piece came to an end, and she turned to them.

“You play well, good sirs,” she said with a twinkling smile. “What is next?”

“We have not yet played Greensleeves,” said the eldest minstrel. “But first we need a drink.” All four reached down for the tankards by their stools and drained them with great satisfaction. The oldest man then examined the bottom of his empty tankard and looked up at Justine expectantly. She laughed and reached for the large pewter jug ready by her feet, then went to each in turn, pouring more beer into their proffered tankards.

“Ahh, thank you my girl,” said the oldest man, “it is always a pleasure to play at one of your banquets.”

Justine curtseyed in reply. The men drank some more, then put down their tankards and launched into Greensleeves.

She turned and resumed her gaze across the Great Hall.

To her right was a smaller table seating more people, with a carving table beside it. On the wall above was a large portrait of a handsome knight in a shining breastplate standing with a white stag in the background. Her gaze stopped on this portrait, as it so often did, and she gave a small sigh as she studied the man’s long blond hair and trim beard.

The jester turned from the table he’d been entertaining and looked up, catching sight of Justine as she stared across at the portrait.

His gaze took in her shoulder-length cascade of russet-coloured ringlets trying to escape from under her French hood; her small, slightly snub nose, her pale blue eyes under thick, dark eyebrows staring with a faraway look at the portrait…

He gave a little dance and waved his stick to catch her eye.

She spotted him and gave a small wave back. He raised an enquiring eyebrow, then flicked the stick up behind his back so the little jester head on the end popped up on his shoulder.

He turned to it and appeared to have a brief conversation, then pointed up at her. The little head on his shoulder nodded. He made a ‘doe-eyed’ face – a gross over-exaggeration of hers, with a sickly grin and fluttering eyelashes – then pointed back at her. The head nodded again, then both the jester and the head turned to look up at her, with the jester smiling broadly.

She couldn’t help but laugh and he laughed back. Then he gave a low courtly bow, while she applauded.

The jester turned back to the room and started dancing sideways up towards the high table.

Still chuckling, Justine’s gaze moved upwards to the large tapestries depicting heroic scenes of hunts that were hanging round the hall between the sconces. In one scene knights attacked a stag with spears and arrows in a green forest; in another a different stag was running from a pack of baying hounds, followed by nobles on horses.

Justine looked back down at the hall. The servants had cleared the main courses away and were now circulating with bowls of fruit and more wine.

‘Only an hour more and we’ll be cleared and finished,’ she thought, as she twisted once more in the tight bodice of her gown.

Just then she became aware of an insistent beeping sound over the noise of the room. Fishing her mobile from the pocket of her gown, she swiped the screen.

“The taxis have started arriving,” said a voice. “They’re early.” 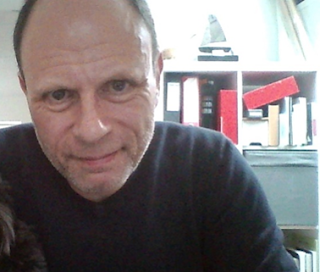 Jonathan started writing at university with a one-act comedy play called 'Private Eyes', directing and acting in the premiere production. After University, Jonathan wrote book and lyrics for a full-scale musical called 'Spirit of History', which was premiered in Windsor. The plot idea and main characters from this show have since been turned into his first novel 'The Witchfinder's Well', a time-travel / Tudor-period fantasy romance, which he published in 2015.

Jonathan has also written two other Musical libretti - 'Hot, Mean & Green', which premiered at the Rhoda McGaw Theatre in Woking, and 'A Fine Time for Wine', which also premiered in Windsor.

In 2017 he published an anthology of short stories called ‘Once Upon an Ending’ (available on Amazon).

‘The Alchemist's Arms' - the sequel to ‘The Witchfinder's Well', was published in 2019 on Amazon, and a third book in the series is planned.

Jonathan is currently working on a series of action adventure novels for young adults set in Tudor England. The first of these is 'Mary Fox and the Broken Sword', which is planned for publication in 2021.

Jonathan is married with two adult sons and lives in Windsor. When not writing he works in advertising, and is a regular presenter on Marlow FM radio.