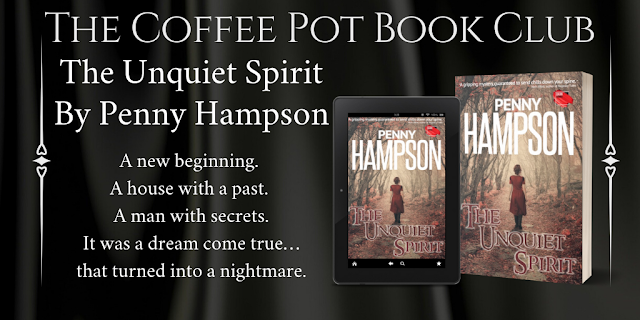 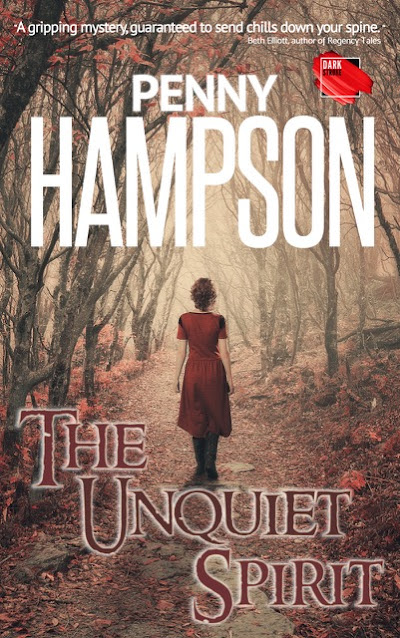 A new beginning. A house with a past. A man with secrets.

It was a dream come true…that turned into a nightmare.

Kate Wilson thinks moving back to Cornwall might be the answer to her prayers. But it isn’t long before she begins to have doubts. Is the house she inherited from her godmother haunted? Or is she going out of her mind? With a stalker, threats, and attempted break-ins, Kate’s troubles multiply.

Then there’s her enigmatic neighbour, the brooding Tom Carbis; a man with secrets he doesn’t wish to share. Can she trust him when he says he wants to help?

In her quest to unravel the mysteries surrounding her, will Kate uncover more than she bargains for?

Set in beautiful Cornwall, The Unquiet Spirit is a gripping suspense with paranormal and romantic elements. Fans of Barbara Erskine will enjoy this tale.

Praise for The Unquiet Spirit

'A gripping mystery, guaranteed to send chills down your spine and keep you enthralled to the last word'

Kate arched her back and rolled her shoulders. She was exhausted. Muscles ached in places she didn’t know she had muscles, and a persistent pain hovered over her eyes. She’d started in the kitchen, throwing away out-of-date items from the cupboards and cleaning the musty fridge. Then she’d tackled the bathrooms, the main one upstairs, the smaller ensuite one to the bedroom she intended as hers, and the ground floor cloakroom. Finally, she’d dusted and hoovered all the ground floor rooms.

She put the vacuum cleaner away and decided a coffee was in order. Five minutes later, Kate slumped into a chair at the kitchen table to wait for the kettle to boil. She must have nodded off, because the next thing she was aware of were the clouds of steam and water running down the windows. Blast! She leapt up and got to the kettle just in time. The last thing she needed was a hunt round Falmouth for a new one. She slugged back two paracetamol with her coffee – her head was banging now – and considered what else needed doing. Tomorrow, she’d bring a scarf for her hair and possibly a mask. She’d been sneezing all day. Who knew dusting would be so…dusty? And she’d get food. No point in making herself ill. She looked out the window to the darkening sky. It was getting late. Just one final check round before leaving for the night.

The stairs creaked as she went up to what had been Win’s bedroom, part of a large eighteenth century addition to the eastern front of the house. Both its windows overlooked the main drive, and a swift glance told her that they were secured. The bathroom windows, which were at the back, were also locked. Now for the first of the two small bedrooms at the centre front of the house. The door handle wouldn’t budge, even though she’d already been in the room. She grimaced as she struggled, mentally adding a can of WD40 to her shopping list. The handle suddenly gave way and she almost tumbled into the room.

Her eyes widened at the sight of the sash window. It was open at the bottom, and the curtains were flapping about in the breeze. Kate was pretty sure it had been closed earlier. She went over and pushed down hard, but it wouldn’t budge. Scratching her head, wondering what to do, she jumped when the sash moved on its own, slamming shut with a crash.

Behind her, the door closed with a loud click. She spun round.

Frowning, and trying to keep her rising panic under control, she stalked over to the door. Again, the handle wouldn’t budge. A spike of fear went down her spine. Her stomach churned. Stay calm. Deep breaths. Goosebumps rose on her bare arms. She shivered.

The temperature had dropped several degrees, in fact, it now felt positively Arctic. She sniffed. Was that rosemary she could smell? Imagination, she told herself. She gave the handle another try. It turned easily.

I’m going round the bend, she scolded herself… She shouldn’t have taken those tablets on an empty stomach. Still shaking, Kate took the stairs two at a time, grabbed her bag, and headed for the car.

Convincing herself that the unsetting events of the day were the result of an overactive imagination, Kate put them out of her mind once she arrived back at the flat. She’d come to the conclusion that low blood sugar must have been the reason for her stupid delusions about windows and doors opening and closing on their own, and smelling something that wasn’t there. Yes, they were delusions. Nothing to worry about. 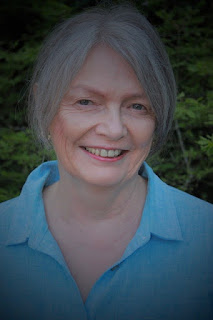 Some time ago Penny Hampson decided to follow her passion for history by studying with the Open University. She graduated with honours and went on to complete a post-graduate degree.

Penny then landed her dream role, working in an environment where she was surrounded by rare books and historical manuscripts. Flash forward nineteen years, and the opportunity came along to indulge her other main passion – writing. Penny joined the New Writers’ Scheme of the RNA and  three years later published her debut novel, A Gentleman’s Promise, a traditional Regency romance. Other books in the same genre soon followed.

But never happy in a rut, Penny also writes contemporary suspense with paranormal and romantic elements. Her first book in this genre is The Unquiet Spirit, published by Darkstroke.