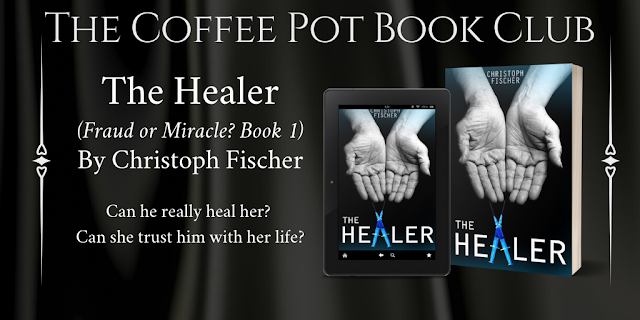 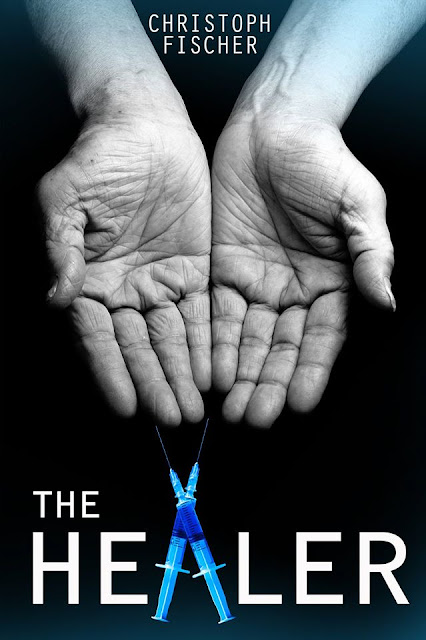 When advertising executive Erica Whittaker is diagnosed with terminal cancer, western medicine fails her. The only hope left for her to survive is controversial healer Arpan. She locates the man whose touch could heal her but finds he has retired from the limelight and refuses to treat her. Erica, consumed by stage four pancreatic cancer, is desperate and desperate people are no longer logical nor are they willing to take no for an answer. Arpan has retired for good reasons. casting more than the shadow of a doubt over his abilities. So begins a journey that will challenge them both as the past threatens to catch up with him as much as with her. Can he really heal her? Can she trust him with her life? And will they both achieve what they set out to do before running out of time?

Praise for The Healer (Fraud or Miracle? Book 1)

“…a wonderful insight into the world of alternative healing and the conflict between holistic medicine and Western medicine”
Deborah A. Bowman

“A psychologically astute book that will make you think about your own mortality. And what an ending!”

The tired, small hatchback hit a rock next to the edge of the road and came to an unexpected and abrupt stop. Erica had not seen the bulky thing hidden underneath the uncut grass. She switched off the engine and got out. There seemed no significant damage to her old banger but she couldn’t care less right now, to be honest, and decided she would leave it parked here anyway. She must be close.

Quite frankly, she considered herself lucky to have made it this far; the roads had been bumpy and her car was in a dire condition, too. It wouldn’t be much longer before it would have to be scrapped. Living in London she rarely needed it and had often been tempted to sell it anyway.

This was deepest Wales, the countryside – something that the Londoner in her had not seen for years and certainly hadn’t missed. Poor phone reception, miles to the nearest supermarket with its supplies of cigarettes and bubbly: that’s what the countryside meant to her.

She guessed the car was sufficiently off the road and out of the way. Who would come here, anyway? It was unlikely that two cars would find this remote corner of Wales at the same time, she reckoned. Erica looked around: not a living soul in sight, no houses or vehicles; she was totally off the beaten track. She could see no significant landmarks; all views were blocked by large trees and hedges. It was drizzling a little and although it was past lunchtime, there was mist that reminded her of early mornings. The wind had made the spring temperatures drop more than she had anticipated and she was chilly in her inadequate city clothing.

She searched her purse for the map, which her assistant Hilda had drawn for her. It seemed as if she was in the right place; there was the small path at the foot of the hill, and the two opposing gates leading to fields with horses and sheep. Since leaving her nearby B&B, all the road junctions she had come to had been easy to recognise and here was the little shoulder by the side of the road, where Hilda had recommended she should park the car.

She assured herself once more that it was the right path and then she psyched herself up for the walk up the steep hill. The tricky part, Hilda had explained, was finding the hidden gate, which would lead her to the man himself. However, Hilda didn’t have pancreatic cancer and was not recovering from a course of chemo and so she had no idea how difficult it would be for Erica to walk up that hill. It seemed by no means the easy climb her assistant had called it. For all her recent goodness, that woman could drive her mad.

Erica looked at herself in the outside mirror of her car before getting ready to face the man. Her hair had not fallen out from the chemo but it had turned grey and made her look much older than she was. There were still crow’s feet and wrinkles despite being facially bloated – it really wasn’t fair; the worst of both worlds. People used to think of Erica as at least five years younger than she actually was, but now people thought she was five years older. Overnight it seemed, she had aged from 40 to 50 but given her current situation she would be lucky to reach 45. Additionally, she had lost a lot of weight, despite the effect that the steroids had had on her. With her mere 5’ 4’’ frame, she looked tiny and felt thin and weak.

Only this man might be able to improve her chances and she desperately hoped the trip here would be worth it. If the man really was who Hilda thought, there was a slight chance for her. If she could make him speak to her, then she was sure she could persuade him to help – if he still possessed those powers. There suddenly seemed a lot of ifs. 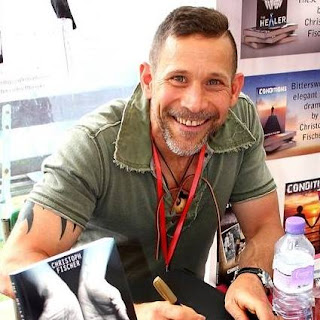 USA Today and Amazon No 1 bestselling author Christoph Fischer was born in Germany as the son of a Sudeten-German father and a Bavarian mother. Not a full local in the eyes and ears of his peers he developed an ambiguous sense of belonging and home in Bavaria. He moved to Hamburg in pursuit of his studies and to lead a life of literary indulgence. He now lives in a small town in West Wales with his husband and three Labradoodles.

Christoph worked for the British Film Institute, in Libraries, Museums and for an airline.

'The Luck of The Weissensteiners', the first of 5 historical novels was downloaded over 100,000 times on Amazon and reached No in Historical Fiction. "Time to Let Go", his first contemporary work was published in May 2014.

His medical thriller "The Healer" was released in January 2015 and reached No 1 in medical thriller category on Amazon and became a USA Today bestseller in 2019. Other popular books of his are "Ludwika” and "Murder at Eurovision" , the second in his Bebe Bollinger cozy mystery series. 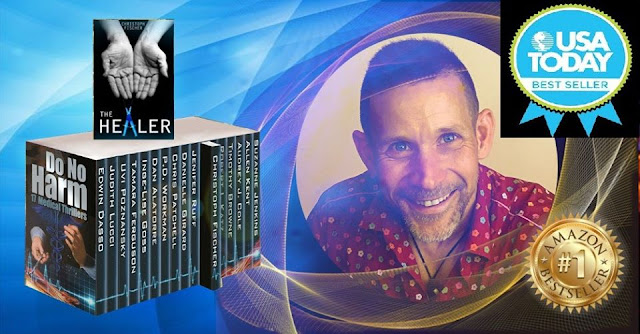