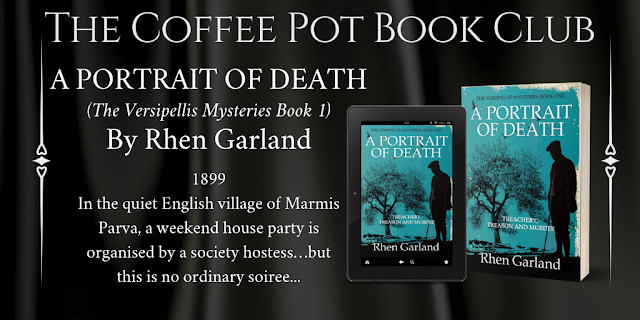 A PORTRAIT OF DEATH 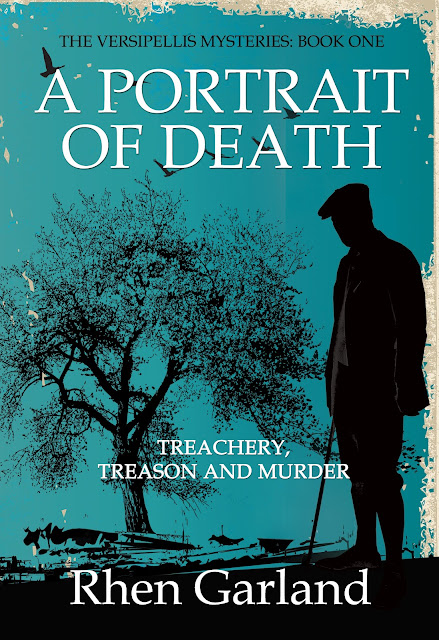 In the quiet English village of Marmis Parva, a weekend house party is organised by a society hostess…but this is no ordinary soiree.

Renowned Contralto Giselle Du’Lac, society nerve specialist Mr Weatherly Draycott, and young socialite Lady Bunny Ellerbeck are amongst the guests who have been invited to make it the social event of the season, but the weekend ends in horror when two men are savagely murdered during the course of the evening and a young man, presumed dead, returns home after two years’ imprisonment in South Africa, bringing with him proof of treason.

Detective Chief Inspector Elliott Caine’s long-awaited holiday in the Lake District is cancelled as he is brought in to investigate the peculiar nature of the murders. More bodies are discovered and Elliott has to manoeuvre between high society, Government protocols and the sickening nature of the crimes if he and his old friend, Detective Sergeant Abernathy Thorne, are to catch this sadistic killer, and the traitor lurking amongst the honoured guests.

When Caine’s mysterious past comes back to haunt him, will his judgement be too clouded to focus on solving the crime?

Will the Boer spy’s identity be uncovered before they can flee?

How are these murders connected to another in New York?

A Portrait of Death: The Versipellis Mysteries, Book One, is the first in a series of paranormal Victorian murder mysteries, following the supernatural investigations of Elliott Caine, and his associate Abernathy Thorne.

A PORTRAIT OF DEATH 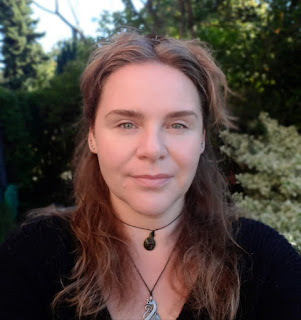 Rhen Garland lives in Somerset, England with her folk-singing husband Adam, who is also her book illustrator, and a large Clan of passive-aggressive Tomtes who control the living room.

She is a dedicated reader and movie buff, and has a collection of over 4,000 books, and 3,000 films…no one will play movie quiz games with her anymore.

"I watch far too many old school murder mystery films, TV series, and 1980s action movies for it to be considered healthy."

She has managed Chronic Fatigue Syndrome for the last twelve years and advocates for positivity and understanding.

A Portrait of Death is the first novel in the Versipellis Mystery Series; Victorian era murder mysteries with a touch of magical realism and a twist of the macabre, that follow the supernatural investigations of Elliott Caine and Abernathy Thorne.

Book three, tentatively titled A Shadow of Death, is set on an island off the south coast of England during Christmas 1900, and is currently in the “half-way through, panic, and multiple post-it-notes phase” and should be out in time for Yule 2020.