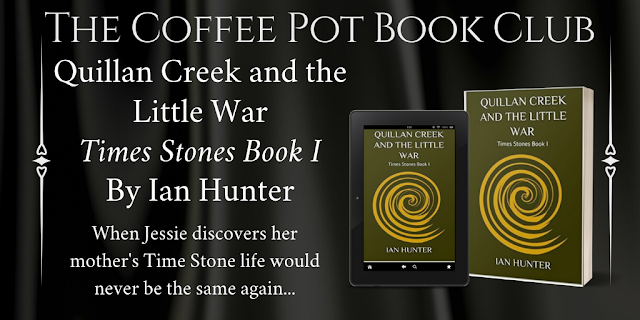 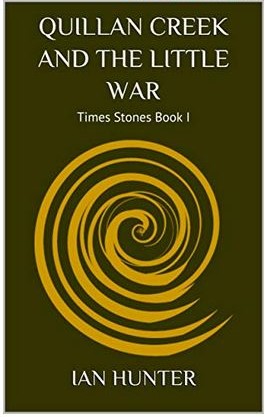 Jessie Mason has troubles enough in her young life. Orphaned and shunned, her aunt has been the one constant in her life. But when her aunt inexplicably disappears, and Jessie discovers her mother's Time Stone, events at the upstate New York children's home land Jessie in mortal peril.

Her escape is a summons to a world of conflict, upheaval and fear, 250 years in her past, and to three unlikely companions: Tip, Kes and Abe. The aged shaman, Nishkamich, takes them under his wing, promising an education in the powers of the stones which they each possess. Jessie, disbelieving all explanations of where she is, reluctantly agrees to remain in the hostile Onondaga village and listen to his instruction.

Over one long summer, Jessie warms to her strange new life, and the growing bond between her unpredictable fellow apprentices. But as Tip and Abe reveal the paths of destruction which brought them to the village, the friends have to consider that their stones are being ruthlessly hunted through history.

In ice and snow, a hunting trip suddenly becomes a deadly trial which will test their friendship, their wits, and the limits of their endurance, in the face of nature’s unforgiving winter and one man’s determination to seize what is theirs.

The chamber had emptied but for the four of them. Nishkamich made his way to the door, shooing Kes and Abe out ahead of him. Jessie fumed for a minute, then, seeing no benefit of staying behind alone, followed.

Nishkamich was waiting on the other side of the door. Without asking, he took her arm as they walked. She welcomed the breeze on her face after the suffocating heat of the council chamber, and lifted her head to meet the cool air. Above, the heavens stretched unbroken, an uninterrupted vast expanse of black purple above them. Countless millions of stars turned a flat canvas into an immense picture, which had no frame, no beginning, no end. Jessie stopped and turned where she stood, in awe at the size of the sky, until, halfway through, she caught her breath. A fabulous brushstroke, full of subtle pinks and oranges, greens and purples, brilliant white light and dark sepia clouds, the Milky Way was a beautiful, brooding, magnificent flaw in the masterpiece.

“Such wonder,” Nishkamich broke the spell.

“Who were those people? And where have they taken Tip?” Her voice was sharp.

The old man looked to where Abe and Kes were now out of earshot in the shadows of a nearby longhouse.

“Those are the false faces. Were you impressed?”

With a squeeze of her arm, he directed her off towards some logs arranged around an empty fire pit, eased himself on to one, and invited her to join him.

“Tiponi has been disturbed since she arrived here, you know this. The village believe she is battling a spirit…”

The hard stare and narrowed eyes held her tongue.

“You are a guest in this village Jessie, and you must respect the traditions and beliefs of my people.” He softened his voice. “I think you appreciate how that worked to our advantage tonight,” he smiled with satisfaction. “We see things differently from you. Our traditions, our stories, explain life and death and the world we live in. My people do not have the advantage, or the curse, of the knowledge available in your world.”

She felt sufficiently chastened to keep quiet for a few seconds.

“Hold on...,” Jessie frowned. She had missed something. “Wait a minute…” She held up a hand as she cast her mind back.

Nishkamich remained silent as she collected her thoughts.

“You were quite sure on our first morning that I would find nothing of my world here. And you talk of how knowledge has changed the world. How could you know? How could you possibly know what I expected to see, unless you had seen it yourself? You’ve been there.” Her statement sounded like a challenge.

Instead of answering, Nishkamich scanned the stars, while Jessie waited impatiently. Then, having given his answer sufficient consideration, he turned to Jessie.

“You may find it hard to imagine me an impetuous young man, but I assure you I was once.” He smiled at his own light heartedness.

Jessie kept her features blank, wanting him to get to the point.

“Many summers gone, when the stone first came into my possession, I took it upon myself to explore and learn. I told myself I was curious, but I was arrogant; reckless and dazzled with the power I had been given.”

“White people were already changing our world, so I decided to go and see who they were. A different world, just beyond the forest, was mine to explore. I visited New York when it was a small town on a large island. I went further, to Boston and Charleston. The whites were hard and cruel. More than once I had to flee from beatings and capture. So, I started travelling further. Not just to other places but, as I soon discovered, other times. The further I went the more I wanted to see. I got myself into some situations…”

Nishkamich chuckled quietly, then the smile slipped from his face.

“But luck runs out, Jessie. Never forget that. When you surrender your fate to luck, when you stop considering the consequences of your actions, that is when luck fails. I arrived, by accident, in a time for which I was unprepared; where I had less understanding of my surroundings than a young child. So many people, and so much noise. I recognized nothing but the cruelness of people. The air smelled burned, the rivers were poisoned and sick. I longed for the forests, but they had vanished.”

“I was lost and alone and the Haudenosaunee gone. That world was truly frightening, Jessie. I am sure you think the same way about this village.” He smiled again, and this time Jessie returned his grin.

“I returned here like a frightened dog and never dared explore again.”

An avalanche of questions battled to be first out of Jessie’s mouth, but she was too slow. Nishkamich slapped both thighs loudly to lighten his mood.

“You impressed the council. You spoke bravely, with heart and feeling, and they believed, in their best interests.”

Again, his attention drifted. Jessie could see an agile mind working behind his bright eyes.

“It would not surprise you that I could not find my people? What you said to the council, of the white people and their hunger for land, it will overwhelm us. You know this for certain…because for you it has already happened?”

Jessie could think of nothing to ease the pain. What could she say? Yes, he could find the Haudenosaunee if he knew where to look: stripped of their lands; their culture and customs repressed by centuries of white rule; limited to a few, inadequate reservations, where opportunity was scare. Yes, they were still to be found. But he wouldn’t recognize what he saw. She fixed on a point above his head, so she didn’t have to see the anguish in his eyes and nodded her affirmation.

They sat together for what felt like an age. But eventually, having digested the news, Nishkamich reached out and patted her arm briskly.

“We have things to discuss and plans to make. The Haudenosaunee still have a part to play in this world; a large part I believe. Help me up please.”

Jessie frowned, not at all sure what that meant, but he gave her an encouraging smile as she pulled him to his feet.

“I have spent time thinking about you,” he opened, as they stepped away from the fire pit.

There seemed no expectation for her to reply, and once again, she could think of none to give. So, she waited for Nishkamich to continue.

“Abe pointed out at our first meeting that your stone is different from the others.”

“Yes,” she replied quickly. A neutral subject on which she could speak without caution. “I wondered that as well. Mine is smaller than the others…and it has lots of different colours. I thought perhaps it was…inferior in some way, not as strong as the others…or…” she shrugged.

The Shaman stopped and scrutinized her, then carried on his shuffle.

“Your first response was to compare the sizes; finding your own to be lacking. I, however, think the many colours within your stone is a most important quality.”

He stopped again to watch her. Jessie knotted her forehead, assuming his silence meant she was expected to continue with the explanation. But she had nothing.

“Imagine each stone displays the essence of itself,” he continued patiently, “a…presence, a power, by the colour.”

Jessie frowned and shook her head.

“Abe’s stone is green, but only green. Tiponi’s is clear, like water. Yours is both green and clear, but as well purple, like the stone Kesejowaase has. What does that tell you?”

“That my stone contains something of each of theirs?” she asked cautiously.

“Yes. Yes,” he smiled. “It is connected to theirs and in a way each of theirs is not to the others. What else do you think we know from this?”

Jessie had used up her only guess.

“The presence of so many colours within your stone…?” he helped.

“There must be other stones!” she exclaimed, and then paused. “Where do they come from? What are they?”

“That I cannot answer you,” he shrugged. “I do not know where they come from, but what they are…” Nishkamich paused as Kes emerged from the darkness.

“I thought you were behind us.” His tone was polite, but Jessie could see he was annoyed. 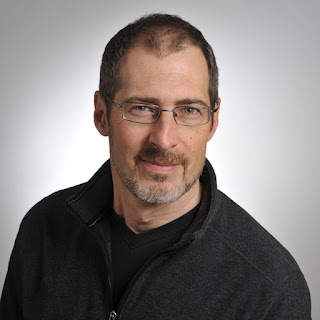 Ian Hunter is an independent author, who lives with his wife, Michelle, and their two children in Southern Germany. He grew up in Reading where he worked first in a bank, before moving into the IT industry. In 1995, the family moved to Germany, near the city of Stuttgart, on the edge of the Black Forest. For 7 years, between 1995 and 2002, unfailing family support and the desire to indulge a life-long fascination with history, drew Ian to study with the Open University, and he completed a Bachelor’s degree in History with Humanities. This passion, and a long-time love of reading, proved the inspiration for the Time Stones series; adventure, some magic, and the chance to go anywhere, at any time, in the 5000 years of civilization. The years of OU study persuaded Ian there are many fascinating events in our past which are seldom covered in popular culture, and with the Time Stones books, he wishes to shine a light on some of those.

Book 1- Quillan Creek and the Little War, introduces readers to Jessie and her three new friends, as they learn about the powers they now possess, and the dangers they can look forward to. Book 2 in the series, to be published in summer 2020, continues the adventure, in a time when the world is about to change forever.