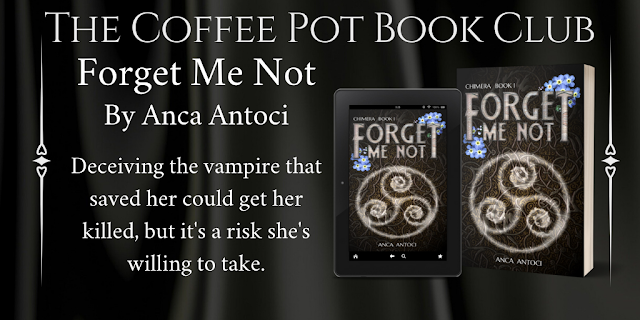 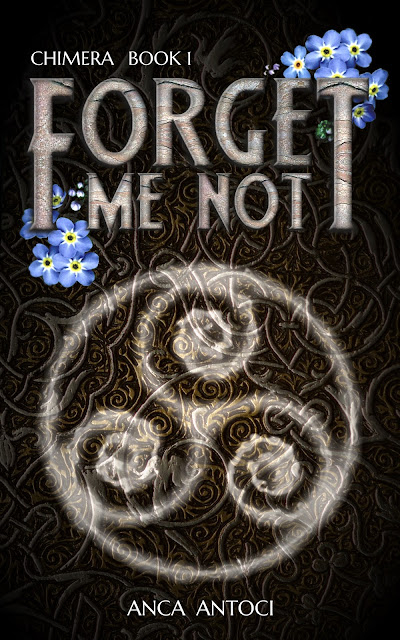 Deceiving the vampire that saved her could get her killed, but it's a risk she's willing to take.

When tragedy strikes, Rae makes a terrible choice and struggles with the aftermath. In the wilderness of the Tongass rainforest, she finds herself hunted by creatures of hell, monsters she never dreamed could be real.

A hidden world, an ancient race, and a secret she discovers by accident give a new meaning to her life but only if she can escape and return to civilization. If she is to survive, Rae must comply with Ari, her reluctant hero, and allow him to wipe away any memory of this realm. Knowledge is power, but is it worth dying for?

When push comes to shove, that's when real strength emerges.

What would it take to discover what you're made of?

She ran through the darkness of the forest without looking back. Rae ducked under the low hanging branches the way she had a million times before. A howl from nearby brought her to a halt. Smiling, she wiped the sweat from her forehead with the back of her hand and whistled. He was close enough to hear her.

"They found me! Take everyone back to safety, and I'll take them off your trail. I'll see you later!" Her words came out in a rush but she had no doubt he understood. Without wasting another moment, she ran in the opposite direction. This wasn't her first rodeo with the forces of evil. A dark cloaked silhouette emerged from the cover of a thick tree. His voice was hoarse, and he mumbled something under his breath. As Rae got closer, his words got clearer. He was chanting in a language she didn't understand, yet the effect wasn't lost on her. A debilitating headache almost blinded her. She fell to her knees, grasping her temples, breathless, as blood trickled from her nose. A sharp pain tore through her head. An ear-splitting scream left her lips with what she imagined was her last breath. It was a signal for the others to keep running and not look back. They were on their own.

The pain stopped as suddenly as it started, and she panted, filling her lungs with air again. Rae rubbed her eyes and waited a few moments to regain her sight while she used her sleeve to clean the blood up.

The cloaked man knelt and sobbed while someone's face buried in the crook of his neck, long blonde curls cascading over his shoulder. Seconds after the sobbing stopped, the man dropped to the ground.

Blondie stood up and turned towards Rae.

"I am now, thanks to you!" She recognized her sister's voice and felt at ease. "It's my job to look after you, Rae."

"Maria, it's almost dawn. You should find shelter. Run as fast as you can! I'll be fine on my own. I promise I'll be careful!"

Maria stopped for a moment and smiled. The full moon lit her face in a grotesque picture of pitch-black eyes, bloody lips, and protruding fangs. She took a deep breath, and her face morphed back to human. Her eyes reverted to their natural blue, revealing the pretty girl behind the monster.

"Please be careful! You're getting cocky, and that makes you reckless. That was one of their elders. You're no match for them. You were lucky I got here when I did. As a shadow, too many lives depend on you. We can’t afford to lose you!" Her voice softened. "I can't lose you!" After a quick hug, Maria disappeared in a blurred motion into the darkness.

Closing her eyes, she took a deep breath and listened for any sound that would give her stalker away. She counted the bodies she left in her wake, adding the one Maria killed. There was at least one more hunting for her. She couldn't be taken by surprise if she expected an attack. Rae didn't have to wait long. A twig snapped at her right. She pivoted with grace on the ball of her right foot and faced the threat.

A man stepped out from the treeline holding a dagger and glaring her way. She rubbed her palms to create friction, a blue flame balling up between them. He didn't stand a chance. Her lips curled into a smirk as the blue flame shot from her palms and hit him on the chest, stopping his heart. She was getting good at this. Another confirmed kill. This is where she belonged. Believing her actions kept the Resistance safe from the Council pleased Rae. She was part of a greater plan, more than a mere pawn in the grand scheme of life. She mattered! She was about to give herself a pat on the back when the smell of brimstone tested her gag reflex. That scent always came with bad news: hellhounds! She couldn't outrun them, and her power was useless on them. Her best bet was to make it back to her car and drive like a bat out of hell.

Her legs started working long before she finished her thought. She rushed towards the treeline where her car was waiting, and she almost made it. Almost! Her sprint was brought to a halt by a hunk of a man leaning shirtless against her car. His eyes caught her off guard: endless pits of smoldering fire. But his stare was ice cold. Just then, a waft of brimstone and coal tickled her nose and made her eyes water. Hellhounds were the most vicious chimeras: only used as enforcers by the Council. No one figured out what they looked like because no one lived to tell the tale.

Rae woke up gasping and covered in a sheen layer of sweat. Reality came down with a vengeance. This kind of dream took atoll on her. It all started the night Maria died.

They weren't on speaking terms and Rae hadn't even known that her sister was sick. Rae loved reading fantasy and paranormal books, so when she woke up from her nightmare, she assumed it was all because of her late-night readings. Then that dreaded phone call came and changed everything. A woman claiming to be Maria's next-door neighbor gave her the bad news. These dreams plagued her each moment she managed to get some shuteye. Rae had trouble accepting the sudden death of her sister, so she imagined her dreams came as a coping mechanism.

Her brain changed Maria into a vampire so she would live forever. She believed it wasn't real, but it made her feel better. Despite being almost always nightmares, Rae welcomed them. In her dreams, she was amazing: fearless, strong; a fighter who could shoot blue light from her hands and save the world. In her dreams, she became a hero, and her sister was still alive.

In real life, none of these things were true. She was meek, scared, and alone.

Add Forget Me Not to your ‘to-read’ list on 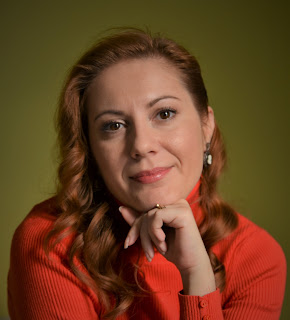 Anca Antoci started out as a fanfiction writer and then moved on to write her own story. Thus her debut novel Forget Me Not got published in January 2020.

Her fanfiction stories are still available on her blog www. Living in Romania, Anca speaks English as a second language.

Because she's a passionate reader, Anca started a blog where she reviews fantasy books called Summon Fantasy. When she's not reading or writing, Anca loves cooking and watching movies with her daughter while eating nachos.