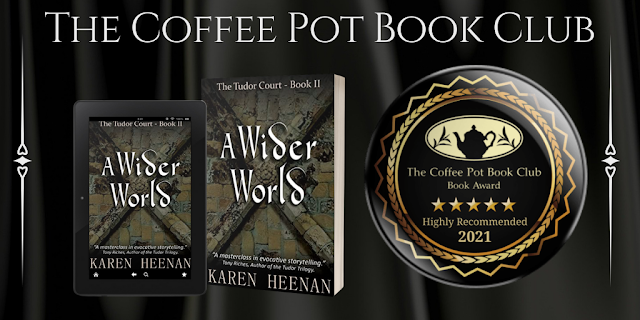 A Wider World
(The Tudor Court, Book 2)
By Karen Heenan 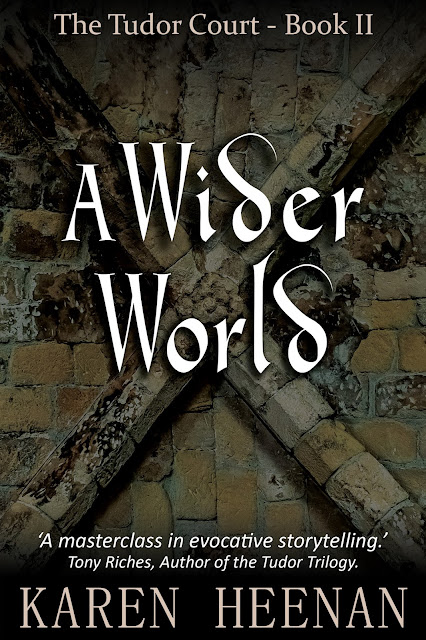 Publication Date: 25th April 2021
Publisher: Authors 4 Authors Publishing Cooperative
Page Length: 349 Pages
Genre: Historical Fiction
Memories are all he has…
Now they could save his life.
Returning to England after almost five years in exile, Robin Lewis is arrested and charged with heresy by the dying Queen Mary. As he is escorted to the Tower of London, Robin spins a tale for his captor, revisiting his life under three Tudor monarchs and wondering how he will be judged—not just by the queen, but by the God he stopped serving long ago.
When every moment counts, will his stories last long enough for him to be saved by Mary's heir, the young Queen Elizabeth?

Robin Lewis has lived a fascinating life. But is it fascinating enough to save that life?
Never knowing his real parents, and having escaped an abusive childhood into the safety and security of the church, Robin Lewis has risen through the ranks of the Tudor court, ending up as one of Cromwell’s men. A meteoric rise indeed for a man of such lowly status, and one which didn’t come about without making some potentially dangerous enemies for his future.
It is a rare thing indeed when a book has you torn between racing through its pages, and really not wanting to get to the final chapter for fear of what might happen there. But that’s what happened to me here. I’ll confess, I could very easily have looked up some key dates to see where we were in the overall timeframe of Queen Mary’s reign, but what would have been the fun in that? Instead, this read in parts more like a thriller than a historical novel, with excellent pacing throughout.
If we are being honest, the dissolution of the monasteries, and the politics of the Reformation, are not always the most interesting or explored element of Tudor history. After all, when you have all the swirling drama of Henry VIII’s court, why would you leave that? But that is exactly what Karen Heenan has done here, by instead following Robin. The main characters of the court are there, but mostly in the background, save for a few conversations with Cromwell, when Lewis is in his service, or the young Princess Elizabeth. But they are only there for a few pages, and then we are back to the main focus: Robin, and his travels, both home and abroad. And by keeping tight focus on Robin, with his own religious and personal struggles, we get a real sense of what was happening for the ordinary people during this tumultuous time.
In the 1500s, following the ‘wrong’ religion didn’t just brand you an outsider; you were a heretic, and potentially heading for the most terrible punishment of being burned alive. Robin is, as we all would be, keen to avoid this, and knows that if he can just delay his journey to the Tower of London, fate may just be kind, bringing about another change in monarch just in time to save his life, with Robin being the same religion as the soon-to-be Queen Elizabeth. But is there time?
He has a past connection with the father of the man sent to bring him to London, William Hawkins, and he decides to tell the young man the story of his life, from a terrible childhood, through his student days, and his roles at court, both as a choir-boy and then in the households of Wolsey and Cromwell. Robin has had quite the adventure…
As he tells his tale to his captor, we are transported too, from Yorkshire, to London, overseas through Europe, and finally back to England, meeting the people who helped transform Robin’s life over the years, from the monk who cared for him in Italy, to his loyal servant Seb, and the beautiful Bianca, who allows the young Robin into her home in Chelsea, and access to her and her brother’s vast library. Each of them, along with the monks who helped raise him, shaped Robin and his view on the world, and when we’re given the chance to meet some of them again later in the book, it’s interesting to see how personal relationships have shifted with the great religious changes. Robin was brought up by the brothers, and was then part of their undoing: it’s a complicated reunion.
The dual time-line structure, of sorts, never falls into the trap of having one element you want to rush through to get to the other. In Robin’s stories, there is such rich detail of an almost ‘ordinary’ life in the Tudor court, if there could be such a thing, and in the present, we see the frosty relationship between him and Will beginning to thaw, as the younger man sees that perhaps not everything is as black-and-white as he has been trained to believe.
As the two time-lines converge, we reach the days before Robin is due to sail back to England, believing things to be safer, with Queen Mary not long for the world. Which of course, brings us to where the ‘present’ begins at the start of the book, as Will arrives to escort his prisoner to London.
It’s no lie to say that I was absolutely hooked on this story throughout. There is sufficient detail to show that the author has done substantial research, including the books which these intelligent men and women would have on their shelves. A running theme throughout the book is Robin’s love for education, for learning, and for his books, and his joy at finding new libraries to visit is evident. All of this research never weighs the story down though, rather, it enriches it.
There are some very ‘big’ themes explored in the book: religion, of course, but also race, the status of women, and romantic relationships. But these are dealt with in such a way that you hardly notice. It’s a wonderfully-written tale, and cleverly done, to deal with such heavy themes with a lightness of touch.
In conclusion, if you are looking for a sumptuous Tudor tale, and in particular a different perspective, I would certainly recommend this.
Review by Jennifer C. Wilson.
The Coffee Pot Book Club. 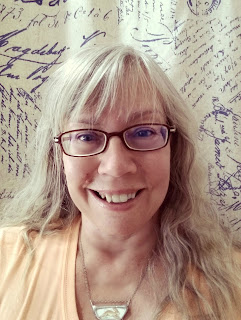 As an only child, Karen Heenan learned early that boredom was the enemy. Shortly after she discovered perpetual motion, and has rarely been seen holding still since.
She lives in Lansdowne, PA, just outside Philadelphia, where she grows much of her own food and makes her own clothes. She is accompanied on her quest for self-sufficiency by a very patient husband and an ever-changing number of cats.
One constant: she is always writing her next book.
Social Media Links: 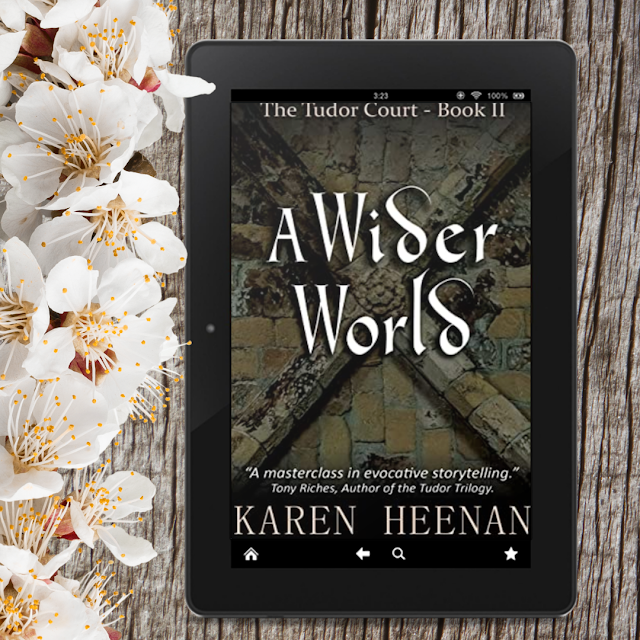