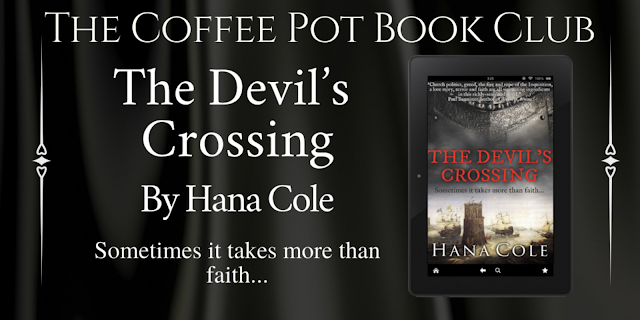 The Devil's Crossing
By Hana Cole 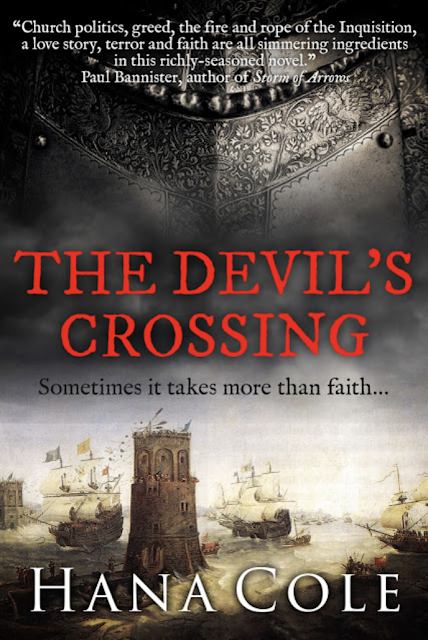 Publication Date: 22nd April 2020
Publisher: Sharpe Books
Length: 254 Pages
Genre: Historical Fiction
1212. The Chartrain, France.
Gui is a troubled priest who has been shielding his secret family for years.
Agnes, his beloved, is a falsely-accused heretic he rescued from the Inquisition’s pyre.
Their son Etienne, unaware of his father’s true identity, is coming of age. Tired of his lowly shepherd’s life, he seeks adventure. The Crusade is the perfect opportunity to prove himself to the world.  He has no reason to suspect the men offering him passage overseas are not what they seem.
Discovering that Etienne has been sold into slavery, Gui and Agnes set off to find him. If Gui is ever to tell his son the truth, he must give up his comfortable compromises and fight the battle of his life against the institution he has served devoutly.
Meanwhile, Agnes guards a secret of her own; she must face her past in a confrontation with the venal Amaury, Lord of Maintenon, that will either set her free or claim her life.
If they are to save their son and expose the slave trade, they must risk everything to overcome the powerful enemies who will stop at nothing to protect their positions and silence them.

Gui did not mean to look up. The previous day he had transcribed the interrogations without laying eyes on the souls condemned to burn. Far better the dull scratch of his nib on the parchment than an indelible portrait of the damned. But at that moment, a beam of early morning sunlight danced over his desk. He raised his head.

A girl stood in the flood of light from the open door. She was wearing a yellow dress, embroidered with flourishes at the hem, and Gui could see the outline of her body beneath the gown. Eyes the pale blue of winter light, she surveyed the room earnestly, as though despite her fear, she expected to find reason among the venerable. Gui’s heart hammered as Inquisitor Bernard de Nogent asked her name. His whole body burned but he could not look away.

‘Sir, I am Agnes. Daughter of Estève Le Coudray, the salt merchant.’

‘Cleric!’ The inquisitor’s voice was sharp. Gui’s attention flew from the girl to the scroll before him. He scratched at the parchment although he had forgotten to ink the nib of his quill.

‘You question the authority of this investigation?’ The black, avian eyes blinked.

Agnes clapped her hand over her mouth. Stammering an apology she searched the faces of the court for clemency. Before Gui could avert his gaze, she found him. Sweat pricked his lip. He dropped his head - the power to help her was not his. Reaching forward, he re-arranged the flayed skin on the table before him.

Master Bernard began. ‘Tell us, Mademoiselle Agnes, is God in all things?’

Gui held his breath. God is in no evil thing.

‘Only in good things, sir.’

‘Only in good things? You have been taught this?’ A pause, then the inquisitor said, ‘Good. This is good. There are some people who believe that God is in all things. Have you heard this?’

Her eyes widened. ‘I do not believe that, sir.’

‘That is not what I asked.’

‘No, sir. I cannot think I have heard anyone speak such a thing…Not in those words. Sir.’

‘Not in those words.’ The inquisitor tapped sharply on the desk, summoning Gui’s attention. ‘The deposition.’ He thrust forward an impatient hand. Face puckered, he opened the scroll.

‘Omnia Deus sunt et omnia unum.’ Another pause - a test of her nerves. The courtroom filled with the pressure of silence.

Agnes Le Coudray hesitated. Inwardly Gui urged her to keep her counsel - to debate with the inquisitor was as good as signing your own death warrant.

‘God is in everything,’ she muttered eventually.

‘God is all and thus all things are one.’ Master Bernard’s words boomed around the vaults. ‘So you have heard those words.’

Agnes shook her head vigorously. ‘That’s not what I meant. I mean I have heard something of that sort. But I don’t remember where.’

De Nogent raised an imperious brow. ‘You don’t remember where.’

With a controlled, heavy sigh, the inquisitor dipped his eyes to the parchment. ‘“That’s what I heard Le Coudray say. God is in everything, even the Devil. I swear it by the Virgin, God bless, he said them very words”,’ de Nogent read, the testimony sounding absurd in his scholarly Parisian.

‘No, sir, it’s a lie! My father never said such a thing,’ cried Agnes. ‘Who are these witnesses, my lord?’

He slammed the document down. ‘You may not question the proceedings of this court!’ The a surge of violence in de Nogent’s voice made Agnes flinch.

Shame crawled in Gui’s belly. The witnesses claimed to have been Le Coudray’s housemaids.

‘Pay them for their courage and service’, de Nogent had instructed him. From the sly smiles and quick fingers that pocketed his coin, Gui knew they were lying.

‘Please sir, with your permission. May I ask a question?’ Agnes asked.

A spiteful grin played on the inquisitor’s lips. ‘It would seem the grounds are greater for me to ask further questions of you.’

The girl’s face crumpled. Now she understands, thought Gui. Closing his eyes he reached for his inkwell, and prayed the interrogation would be counted in hours not days. With careful method, the inquisitor lead Agnes into confusion, contradiction and inevitably, falsehood. Grim-faced de Nogent pronounced his verdict, offering her the chance to avoid the fire if only she would repent.

A furrow dented her brow. ‘How can I repent of something that I do not believe?’

The inquisitor, sitting on the corner of Gui’s desk, pressed the tips of his fingers together.

Gui’s chest was drum-tight with the effort of his silence. Only a truly repentant soul could be forgiven, and only the inquisitor could judge the truly repentant. Bernard de Nogent nodded to the guards.

‘Please. What must I say?’ She drew back as the guards approached, cradling her arms across her body. ‘For the love of God.’

Two guards strong-armed her to the door. Twisting under their grip she craned over her shoulder, casting around until her eyes fell on Gui. She did not look away until the guards had dragged her out of sight. And neither did he. 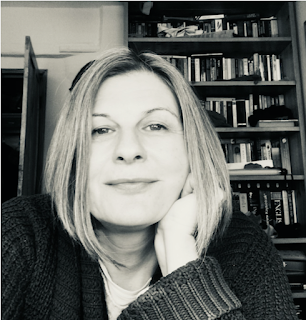 Hana Cole is a novelist and historian. Born in Essex to an Anglo-Italian family, she studied economics at the London School of Economics and history at Oxford where she gained her Masters. After living in Italy for several years, she travelled widely in the Middle East and India before returning to the UK. She has worked as a film subtitle translator, financial analyst and a yoga teacher and now lives in Manningtree, Essex in the UK with her husband, daughter and two cats.
The Devil’s Crossing is her first novel.
Social Media Links: 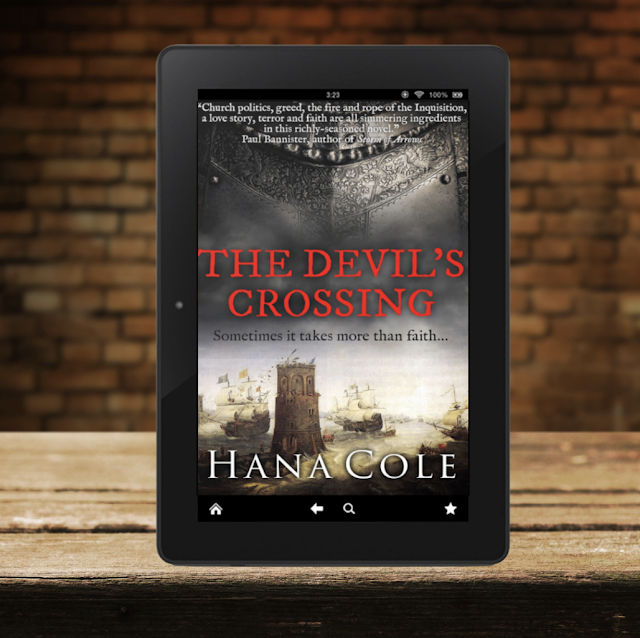