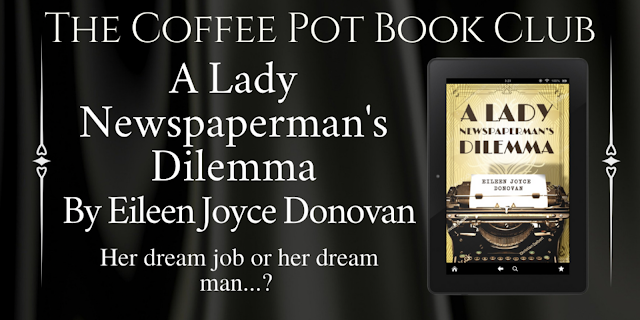 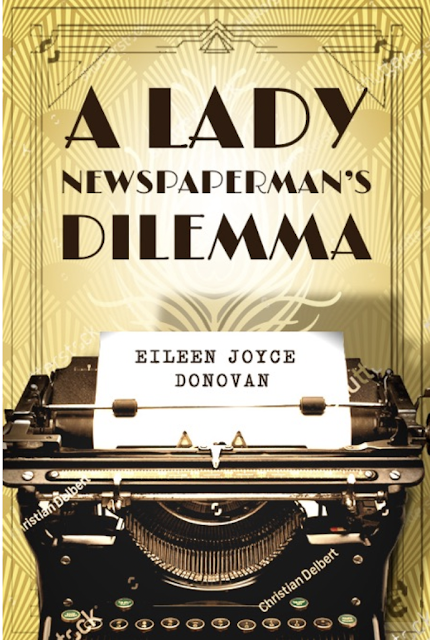 A world of flappers, speakeasies, and bathtub gin. A year when Alex, a cocky college graduate, arrives at a small Montana newspaper as a cub reporter. She plans to use this job to jumpstart her future career with a metropolitan paper. However, those plans go awry when she’s told she’ll be covering the local bake sales and other community news. But all that changes when on her first day, a courthouse shootout thrusts her into the lead reporter’s role. It also pushes her into the path of the town’s most eligible, and handsome, cattle rancher.

That spring, an ice jam on the Yellowstone River causes a major flood, which threatens to drown the town. Only US Army bombs can save it. Alex’s reporting on this bombing draws national attention and a job offer from the San Francisco Chronicle. So, she’s faced with a choice. Her dream job or her dream man. Definitely A LADY NEWSPAPERMAN’S DILEMMA.

Breaking through the roar of the 1920’s, award winning novelist Donovan singles out one woman’s journey of self-empowerment that is both heartbreaking and familiar to any woman trying to make it in a man’s world.

The click clack of our heels on the marble floor were the only sounds in the great hall, until a woman’s screams and two gunshots shattered the silence.
“Come on.” Betty grabbed my arm and we ran up the marble stairs to the second-floor courtrooms.
One deputy lay on the floor. Blood ran from a bullet hole in his chest. Another officer knelt next to him, clenching his stomach. An older woman stood, further down the hall, plastered to the wall, her hand covering her mouth. The prisoner waved a gun at us and fired again. The shot hit Betty and she toppled backwards down the staircase. I screamed and ran to her. Blood poured down her face from a gash on her forehead, and seeped through her suit jacket around the bullet hole near her left shoulder. But she was still conscious.
“Help, help,” I yelled. “Someone get an ambulance.” My heart pounded, my head swam, and I didn’t know what to do. I moved here to write news stories, not take part in gunfights.
“Lay still.”
“I’ll be fine. Go back and get the story.”
“I can’t leave you.”
“Get the story,” Betty said through gritted teeth.
I crept up the stairs, but before I reached the top step, another shot rang out.
“There. That should hold you,” a man said.
I peeked up from my crouched position and saw a tall wiry cowboy pointing a gun at the prisoner he’d just wounded. The cowboy had his boot on the criminal’s wrist, his hand still holding the gun.
“You,” the cowboy said, looking at me, “come over here and get that gun.”
I rushed over, grabbed the gun, and backed away. I felt sick as I looked at the carnage of blood and bodies strewn around the courthouse floor.
Other people spilled out of the courtroom and their voices echoed off the walls. I began to wonder if shootings were normal in this town. Certainly, no one seemed particularly upset. Were we back in the old wild west where arguments were settled with shootouts?
I spotted the older woman whose screams had initially attracted our attention. She was still plastered to the wall, eyes wide with terror. I pushed my way through the crowd to reach her.
“Did you see what happened?” I asked. “It must have been terrible.”
“Oh, it was. The deputies came down the hall with the prisoner and just before they reached the door, he started fighting with them, and somehow, he managed to get one of their guns.”
I wrote down every word as fast as my shaking hand would allow.
“And then what happened?” I asked. 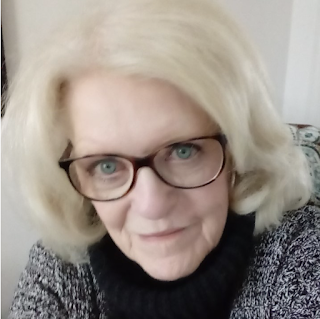 Although born in New York City, where she spent most of her life, Donovan has lived in six states and visited most of the others. She earned her MA in English at Northern Arizona University. In one way or another, she’s been writing her entire life, whether it was imaginative stories for friends, or advertising copy for industrial clients.

But she never felt her stories were “good enough” to be published. At the persistent urging of her late husband, she finally agreed to seriously edit and revise one of them and take the plunge. Although accepted for publication, the book never made it all the way to print. However, this gave her thehttp://www.eileentdonovan.com/ courage to pursue her dream of becoming a published author.

Years later, her persistence paid off and her award-winning debut historical fiction, Promises, was released in 2019 from Waldorf Publishing. She is also a contributing essayist to various themed anthologies.

She lives in Manhattan, New York and is a member of Authors Guild, SCBWI, Women’s National Book Association, and The Historical Novel Society. 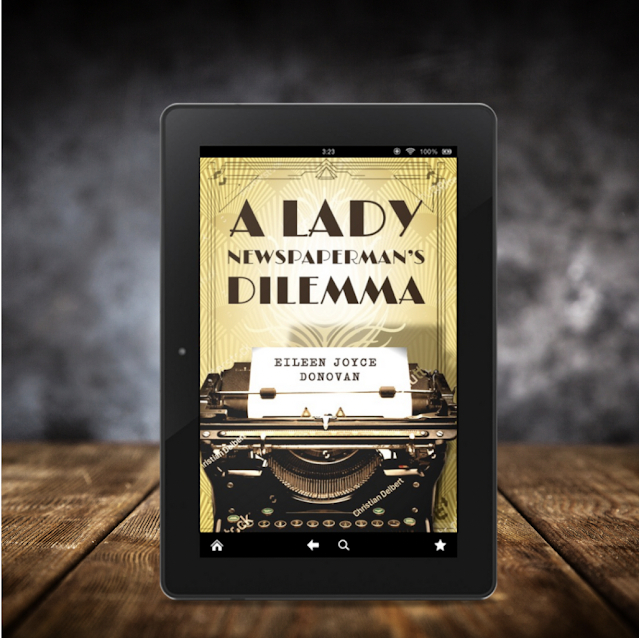