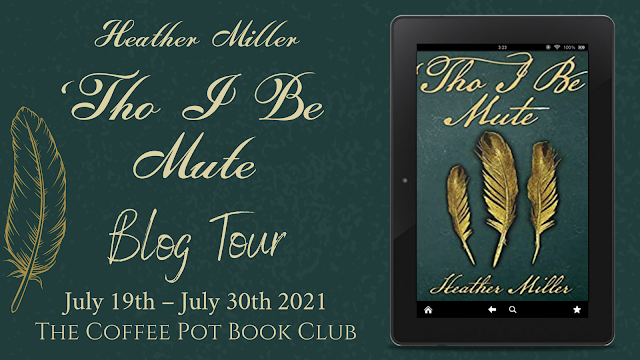 ‘Tho I Be Mute
By Heather Miller 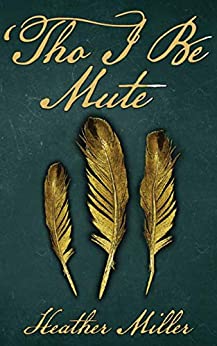 Publication Date: 13th July 2021
Publisher: Defiance Press and Publishing
Page Length: 340 Pages
Genre: Historical Fiction/Romance
Home. Heritage. Legacy. Legend.
In 1818, Cherokee John Ridge seeks a young man’s education at the Foreign Mission School in Cornwall, Connecticut. While there, he is overcome with sickness yet finds solace and love with Sarah, the steward’s quiet daughter. Despite a two-year separation, family disapproval, defamatory editorials, and angry mobs, the couple marries in 1824.
Sarah reconciles her new family’s spirituality and her foundational Christianity. Although Sarah’s nature defies her new family’s indifference to slavery. She befriends Honey, half-Cherokee and half-African, who becomes Sarah’s voice during John’s extended absences.
Once arriving on Cherokee land, John argues to hold the land of the Cherokees and that of his Creek neighbors from encroaching Georgian settlers. His success hinges upon his ability to temper his Cherokee pride with his knowledge of American law. Justice is not guaranteed.
Rich with allusions to Cherokee legends, ‘Tho I Be Mute speaks aloud; some voices are heard, some are ignored, some do not speak at all, compelling readers to listen to the story of a couple who heard the pleas of the Cherokee.

Later that afternoon, against the bright light, I squinted and found a walking silhouette against the sheeted walls, fluttering, stretching their wings to the lofting wind. The dark shadow’s gait was slow but steady, rising on the left side, assisted by a single crutch. From the ground, the profile wore boots that clung to thin, tall legs. It wore a fitted, frock coat, casting the black outline of blousing sleeves and vest, whose buttons gave circular shape to adorn the torso’s front. The silhouette’s head rode atop its neck with stately grandeur, chin pronounced, and short, wavy hair brushed away from the forehead. John’s gold eyes found me between hanging sheets, which fell in dense waves like white charm peonies held aloft against firm shrubbery.

With only a glance at him, I focused on my task. “You are earlier than usual.” His shape was a few feet from me. I stretched from the waist, stepping down the line, and grabbed another peg. I avoided his gaze. His gravity made my arms heavier.

“Dr. Gold is coming by this afternoon, so I must be well,” he said with a hint of tiredness likely caused by his walk from the wagon near the yard. He often spoke of his family’s expansive farm, so I imagine him bored, sitting in class studying crop rotations when he wanted to read President Jefferson.

“Good.” It was all I managed to say, mispronouncing the word with a clothes peg between my lips. I unfurled another sheet. If Dr. Gold was coming, that explained why Jane and Mother made their premature departure from the washboard and tub. I wonder why they chose not to tell me.

I paralleled the line, and John pantomimed my movement with a momentary delay. Pulling the peg from my mouth, I sighed and trapped the right end of the sheet, frustrated with my tired arms and endless work. Jane’s mood was not the only one to sour this afternoon.

John sensed my temperament and looked at me inquisitively. “What’s troubling you, Miss Sarah?”

“Nothing, just washing day.” My impatience hid the truth. “Mother and Jane still think I am younger than I am.”

“So, you’re ready to fly the nest?” he asked with a measured pace and chuckled, thinking of something I found difficult to read from his expression.

“No, I just do not wish their constant reminders of things I do by habit.” He did not deserve my tired curtness.

He hummed a single note and replied, “Since I have been from home, I have taken care of myself a great deal. As soon as I return, it is the same for me. My mother reminds me to cork the ink and to take off my boots before falling asleep. I can hear her say it now as if she stood here among the drying.”

I stopped moving, and we saw one another in the absent space on the line. “You must miss home. Your mother and father wish for your return. Your father told me so when he was here.”

“I miss them, but Elias eases some of my loneliness for home. He is my father’s brother’s son.”

“Yes, I remember. He said so. He’s your cousin?” Surely, John knew the word.

“Yes,” he said. “We are as close as brothers, and his father is my father in many ways.

Therefore, that is a better description. He plans to leave soon to attend Andover Theology School. Here, Elias has more friends than I do, but I am a better student. He is witty and personable. He is a wonderful storyteller, a skill I do not have.”

John was saddened by Elias’ pending departure. His expression brought lonely thoughts to my mind. Affirming what I already knew to be true, “. . . and you want to make people think. Your talents are a gift from God. It is a noble weight you seek to carry.”

“It is why I was sent here: to study, to learn the ways of your lives. It is what our elders insist must happen. Jefferson warned the Cherokee to learn what it is to be American. My people must seek the education provided to us. Now, Cherokee land carries my people, but in the future, I fear we may have to learn to carry it on our backs.”

“Mostly how hurried everyone seems, except you.”

He paused mid-thought and followed me, speaking with a younger expression on his face, one more reminiscent of his age. He seemed to catch the memory of his home in the wind, squinting against the fading sun. “Light. I miss the light. I miss running my horse along the edge of the Oostanaula River in the morning’s glow. I miss green haze above acres of grass bordered by trees as far as one can see. I miss council meetings with enormous fires under starry skies in autumn. Mountains and coves pebbled with spectrums of color. . . I miss . . .”

I interrupted his musings, changing the subject. “Have you slept with your boots on, John?” My mind held to what he’d said earlier; I covered my mouth with my hand, hiding my grin.

“Only when my mother cannot see me.” He returned the smile I hid as I laughed louder than I meant to.

“Your cousin isn’t the only student that makes others laugh. You do too. Why would anyone sleep with their boots on? I cannot imagine that comfortable at all.”

“It only happens when I’m tired from working the ferry or from the days in the orchards harvesting apples. I collapse on my bed and fall asleep. Mother wakes me and, seeing my transgression, reminds me again, ‘Take your boots off before you sleep!’” He imitated her tone with higher pitches. “Staying awake to copy English verses, I wake at my desk, face marked with paper seams. Alas, boots remain. I slept with them on several nights last summer. There was something I needed to finish.” With wit and a grin, he said, “Please, don’t tell my mother.” 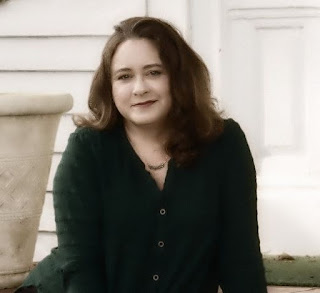 As an English educator, Heather Miller has spent twenty-three years teaching her students the author’s craft. Now, she is writing it herself, hearing voices from the past.
Miller’s foundation began in the theatre, through performance storytelling. She can tap dance, stage-slap someone, and sing every note from Les Misérables. Her favorite role is that of a fireman’s wife and mom to three: a trumpet player, a future civil engineer, and a future RN. There is only one English major in her house.
While researching, writing, and teaching, she is also working towards her M FA in Creative Writing. Heather’s corndog-shaped dachshund, Sadie, deserves an honorary degree. 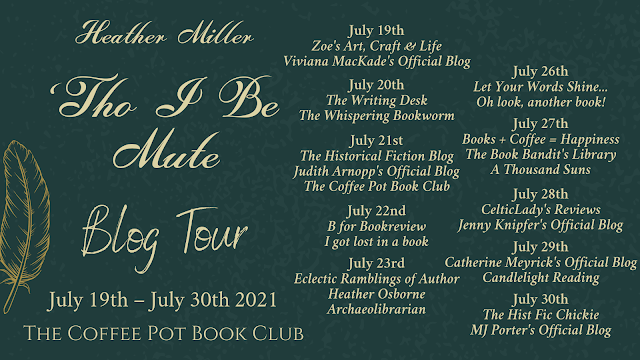