Read an #excerpt from The Art of Love by A.B. Michaels @ABMichaelsBooks #HistoricalFiction #BlogTour 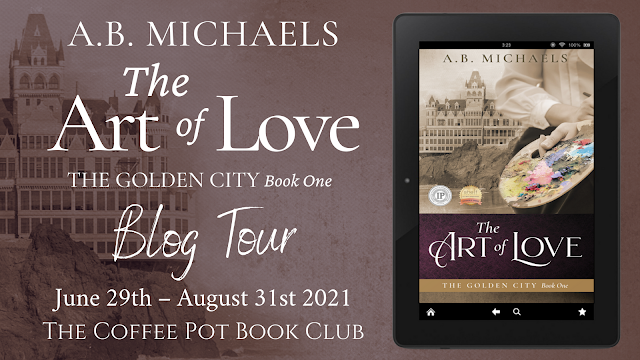 The Art of Love
(The Golden City, Book One)
By A.B. Michaels 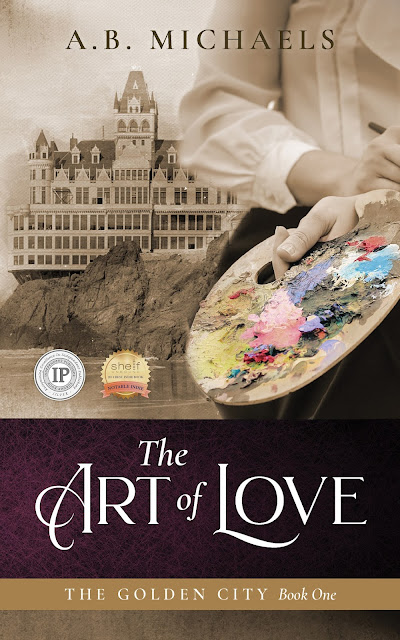 Publication Date: 4th May 2014
Publisher: Red Trumpet Press
Page Length: 360 Pages
Genre: Historical Fiction
Your Journey to The Golden City begins here...
FORTUNE…SACRIFICE…PASSION...and SECRETS
A tale of mystery, social morality and second chances during America’s Gilded Age, The Art of Love will take you on an unforgettable journey from the last frontier of the Yukon Territory to the new Sodom and Gomorrah of its time - the boomtown of San Francisco.
After digging a fortune from the frozen fields of the Klondike, August Wolff heads south to the “Golden City,” hoping to put the unsolved disappearance of his wife and daughter behind him. The turn of the twentieth century brings him even more success, but the distractions of a hedonistic mecca can’t fill the gaping hole in his life.
Amelia Starling is a wildly talented artist caught in the straightjacket of Old New York society. Making a heart-breaking decision, she moves to San Francisco to further her career, all the while living with the pain of a sacrifice no woman should ever have to make.
Brought together by the city’s flourishing art scene, Gus and Lia forge a rare connection. But the past, shrouded in mystery, prevents the two of them from moving forward as one. Unwilling to face society’s scorn, Lia leaves the city and vows to begin again in Europe.
The Golden City offers everything a man could wish for except the answers Gus is desperate to find. But find them he must, or he and Lia have no chance at all. 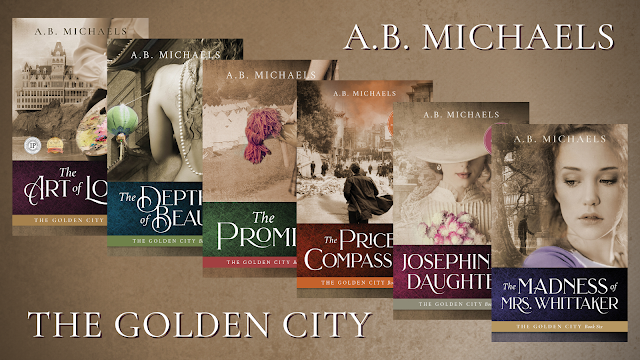 The Art of Love

The Depth of Beauty

The Price of Compassion

The Madness of Mrs Whittaker

A native of California, A.B. Michaels holds masters’ degrees in history (UCLA) and broadcasting (San Francisco State University). After working for many years as a promotional writer and editor, she turned to writing fiction, which is the hardest thing she's ever done besides raise two boys. She lives with her husband and two spoiled dogs in Boise, Idaho, where she is often distracted by playing darts and bocce and trying to hit a golf ball more than fifty yards. Reading, quilt-making and travel figure into the mix as well, leading her to hope that sometime soon, someone invents a 25+ hour day. 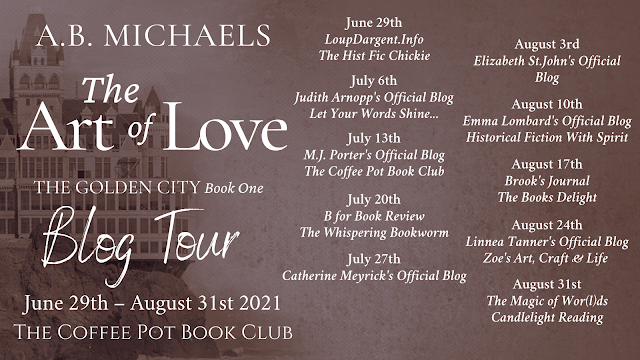