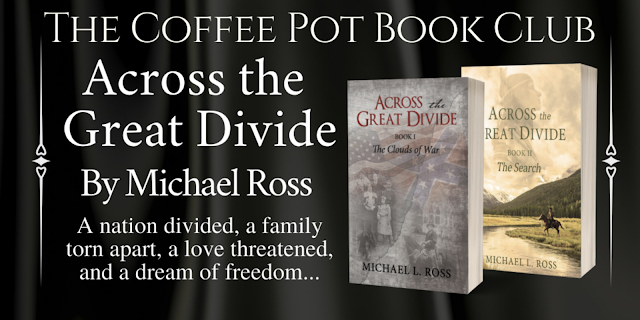 The Clouds of War
(Across the Great Divide, Book 1)
By Michael Ross 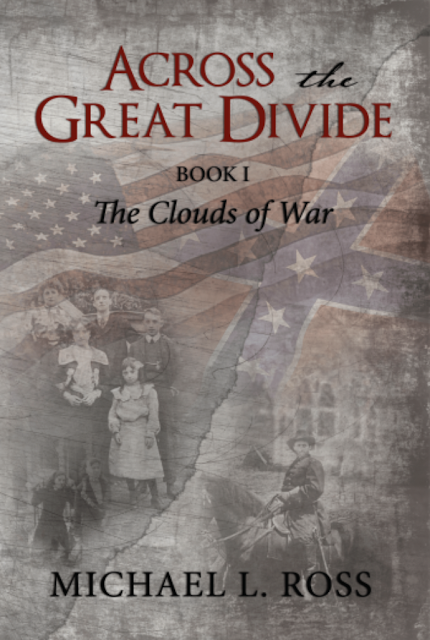 Publication Date: May 14th 2019
Publisher: HarperCollins
Page Length: 380 Pages
Genre: Historical Fiction
An ordinary family is drawn into the American Civil War, with the family split on opposing sides. A nation divided, a family torn apart, a love threatened, and a dream of freedom. Will Crump wants an education. His sisters dream of a life better than the hardscrabble farm where they were born. Will's patronage from John Hunt Morgan for school leads the family into conflict, war, and the loss of all they hold dear. The eldest sister, Julia, wants to marry a rich man – but when she ends up running a steamship company and spying for the Union, she may get more than she imagined. Albinia, the middle sister, wants freedom – but through her friendship with Lucy Clay, Henry Clay's granddaughter, she becomes aware of the evils of slavery and has to make a choice – comfort or freedom for others on the Underground Railroad. Luther is the first slave that Albinia helps, escaping the Clay plantation. He wants freedom for his family and revenge on his mother's owner. Each has to reach everything – to reach Across the Great Divide.

Pick up your copy in your favourite online bookstore - HERE!

(Across the Great Divide, Book 2) 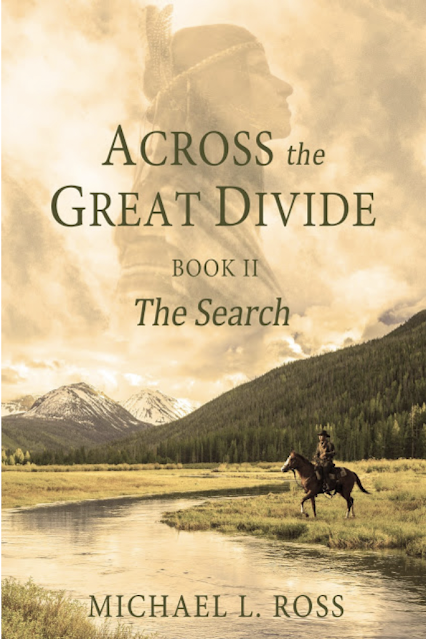 Where do you go when home is no longer an option? The guns of the Civil War have ceased, but the war rages on in Will Crump's soul. Afflicted with "soldier's heart" (PTSD) and searching for peace, Will joins the westward movement, on a collision course with another culture.

The horde of immigrants flooding the West brings conflict with Shoshone, Sioux, Cheyenne, and Arapaho. The army brings disease and battle-hardened troops into Red Cloud's War, pulling Will into a whirlpool of conflict. Broken treaties and promises, misunderstanding and pain leave both sides searching for answers. Can two diverse cultures find peace?

His search leads him to Dove, a young Shoshone woman, a battle for survival and truth, and a love that could change him forever. A survivor of the Bear Creek Massacre, Dove is kidnapped by Cheyenne and joins Will's search for mutual survival and finding her way home. Can she learn to trust a white man? She longs for family, but chafes at the restrictions on women in her tribe. Together they must search for understanding and reach Across the Great Divide.

Endorsed by Darren Parry, Chairman of the Northwestern Shoshone

(Across the Great Divide, Book 3)

Will's search for peace turned out very differently than he expected, and he's on the road again. As he goes through Kansas, he finds Luther in a role he never expected, a Buffalo soldier. After helping Luther get established at Nicodemus, an all black town in western Kansas, Will drifts to Dallas, catching up with Julia as she and Hiram plunge into the railroad business, with all its politics and treachery. Starting a ranch is different than farming or soldiering, and Will has a challenge before him. But perhaps his biggest challenge is finding love and the home that has eluded him. Will follows his dreams, all the way through the founding of Lubbock and Shallowater Texas.

When Mary Anne invited me to guest post for Coffee Pot Book Club, I wanted to do something more than just push my books. If you're interested in samples, both books have the "Look inside" feature on Amazon and audio samples on the audiobooks.
I thought it worthwhile to take the opportunity to talk about why I write. Of course, every author wants to sell books and garner good reviews. But the primary reason that I write is the hope that my readers may be influenced to change the way they live.
Across the Great Divide is fundamentally about real people and their stories. There is always a fictional element, but many of the people in the books lived, and the events occurred. As you read about those people, their lives, and their struggles, I hope you will reflect on the fact that they are not so different from us today. The Clouds of War showed how prejudice, greed, apathy, and selfish actions led to a war that threatened our nation and the free world. Our country is just as divided now as it was then. Riots, racial prejudice, taxes and tariffs, arguments over immigration, sanctuary cities, and land dominated then as they do today.
In The Search, broken families and lives searched for meaning and peace after the chaos of the Civil War, surging westward and disrupting the lives of Native Americans, bringing more war and misery.
I think most people want the same things – a home, peaceful living, enough food and life's comforts, family, friends, and helping others. Reduction of poverty and disease. There's just disagreement about how to achieve those goals.
I hope that in reading about the stories and errors of the past, we can step back, realize that we're all on the same team on this rock going around the sun, and think of ways to work together toward the common good, rather than just grabbing what we can claim as ours. It starts at the local level, with small things – a neighbor takes care of a yard for a newly divorced woman with small children. Skipping a latte and buying food for a child in Honduras, taking time to get to know or have dinner with someone of a different race or culture, to befriend and learn.
In research for my third book, I came upon a story told from two different viewpoints, but substantially the same. After the Civil War, many African Americans wanted to escape the environment of slavery and the legal chains of Jim Crow. A movement began, The Exodusters, which is little chronicled in our history books, as African Americans flowed westward, establishing all-black towns. There were many of them. One, Nicodemus, is now under the National Park Service.
Exploiters lied to African Americans and promised them non-existent homes and farms, taking $5 a head to "help" them west. On arrival, they found prairie – nothing. They dug holes in the ground to survive winter. Taking pity on them, the Pottawatomie Native Americans who lived in the region offered them buffalo meat, showed them how to survive. When the Pottawatomie rode into Nicodemus, the African Americans were terrified and sure they would be massacred. The Pottowattomie tell the story, reporting that they wondered why the people all hid since they had come to help. The African Americans were terrified because of what they had heard about the Native Americans – they had no experience with them. The Pottawatomie had experience with treachery and being driven from their land. The African Americans were more "invaders," fleeing treachery, slavery, selfishness, and injustice – and taking Pottawatomie land in the process. But the Native American culture largely doesn't see land as owned – all share. They reached out – Across the Great Divide. 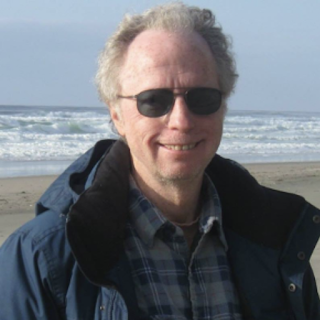 Best-selling author Michael Ross is a lover of history and great stories. He's a retired software engineer turned author, with three children and five grandchildren, living in Newton, Kansas with his wife of forty years. He was born in Lubbock, Texas, and still loves Texas. His first book, The Clouds of War, was nominated for Coffee Pot Book of the Year, and was a number one best seller in three categories on Amazon. His second book, The Search, won both Chanticleer Five Star and Coffee Pot Book Club five star awards. 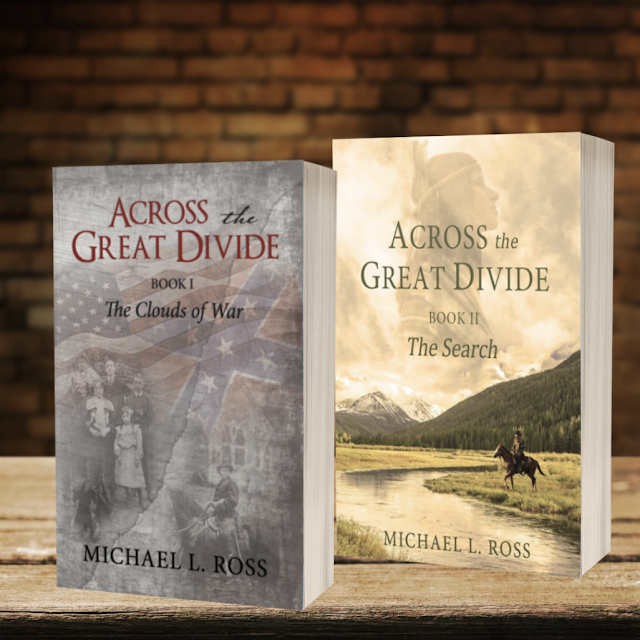